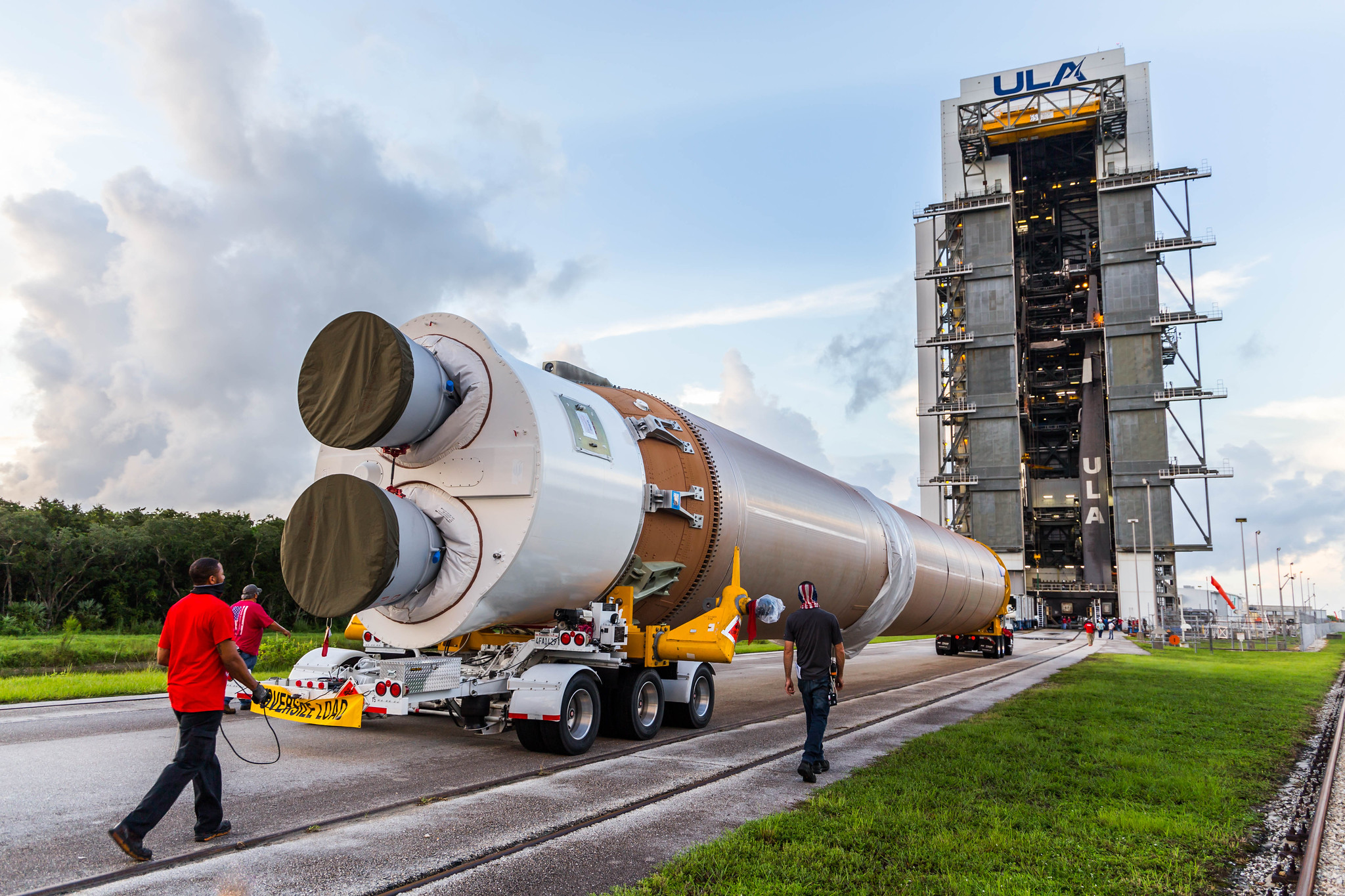 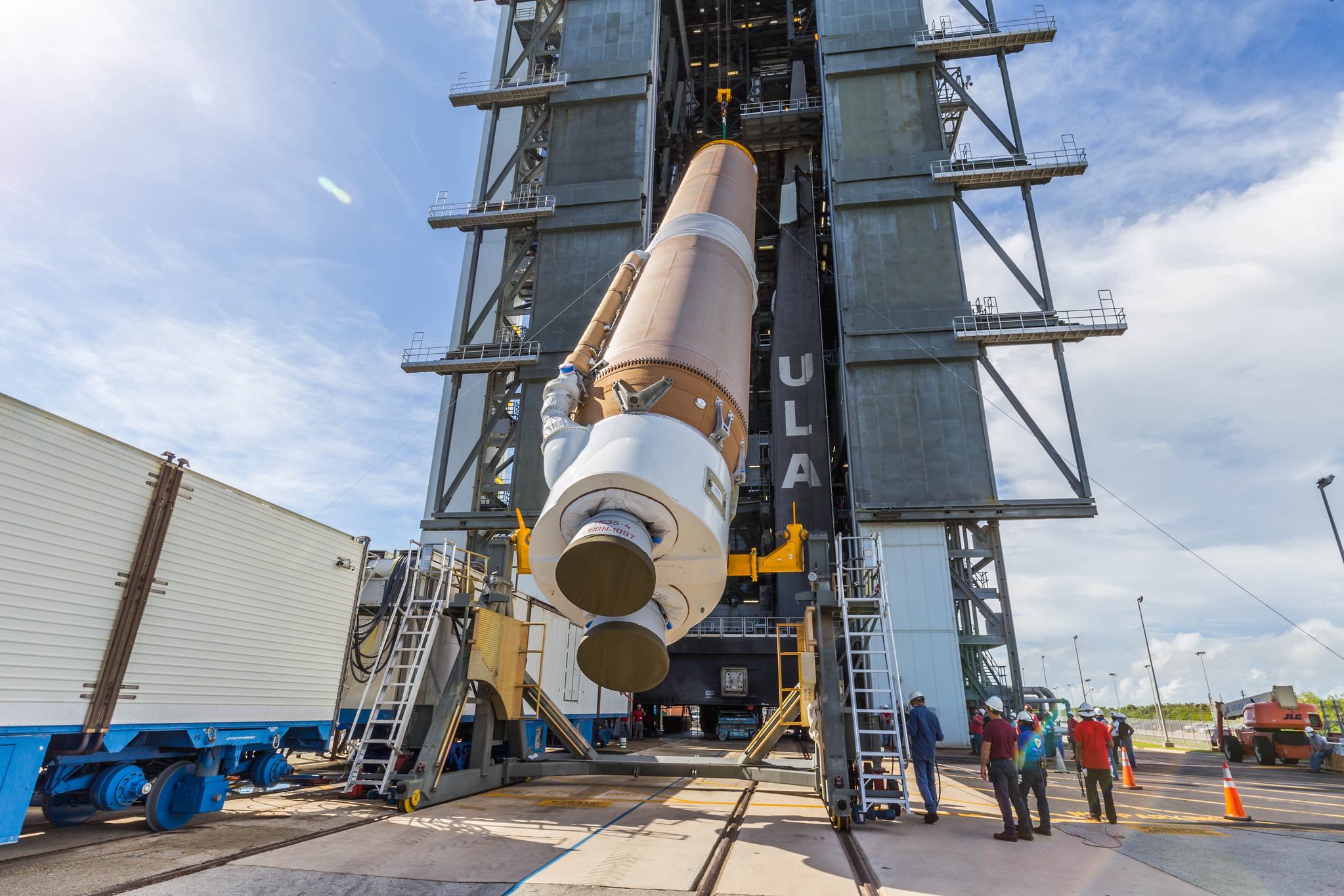 The launch campaign began Friday, Sept. 11, when the first stage was delivered to the Vertical Integration Facility (VIF) and hoisted upright for the Launch Vehicle on Stand (LVOS) milestone.

The Graphite Epoxy Motors (GEMs) are a lower-cost alternative to the AJ60 solid rocket boosters used by Atlas V since 2003. Northrop Grumman, a strategic partner of ULA, produced more than a thousand GEMs for Delta rockets over the past three decades and will now supply GEM 63s for Atlas as a stepping-stone for using GEM 63XLs on ULA's next-generation Vulcan Centaur rocket. 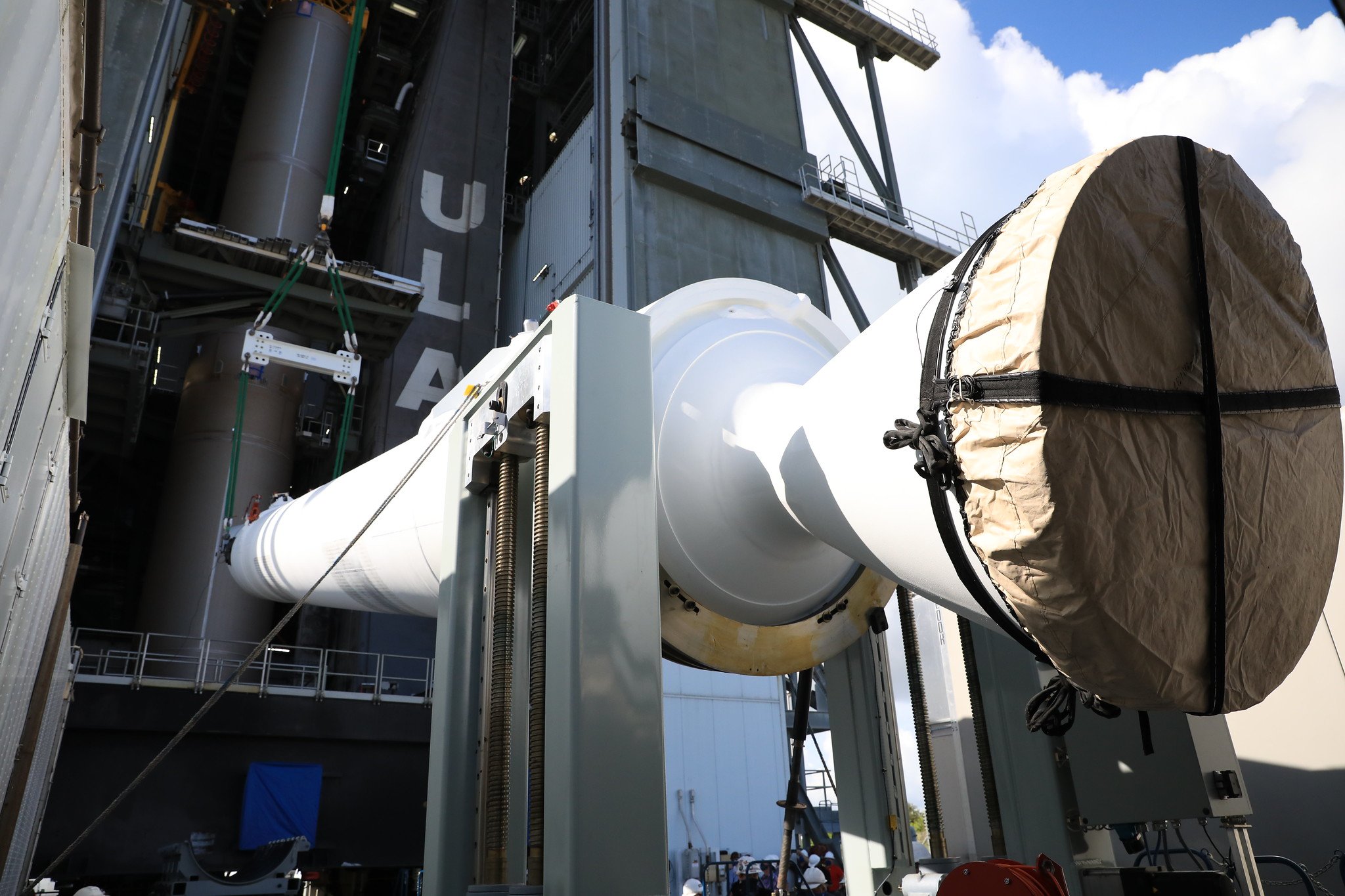 The boosters are named for their diameter, which is 63 inches (1.6 meters). They will provide the same level of power as the previous Atlas V solids, but are more affordable, offer a streamlined installation process and compile flight experience in preparation for Vulcan Centaur's first flight next year.

GEM 63s will be added to future Atlas V missions throughout 2021 using a pre-defined schedule to complete a full transition in the near future.

Each of the GEMs, weighing nearly 100,000 pounds (45,000 kg), were trucked to the VIF on flatbed trailers and hoisted by crane into the building for connection to Atlas. Two were mounted to the south-side of the first stage and the third was attached to the north-side.

How can a such a seemingly unbalanced launch vehicle fly properly? The answer starts with the solid rocket boosters' stationary nozzles. They align with the overall rocket's center of gravity, and the Atlas V's dual-nozzle main engine provides ample control authority to steer the rocket smoothly through the sky.

Initial build up of the NROL-101 launch vehicle was achieved on Friday, Sept. 18 when technicians raised and attached a pre-assembled structure featuring the interstage, Centaur upper stage and lower halves of the payload fairing. 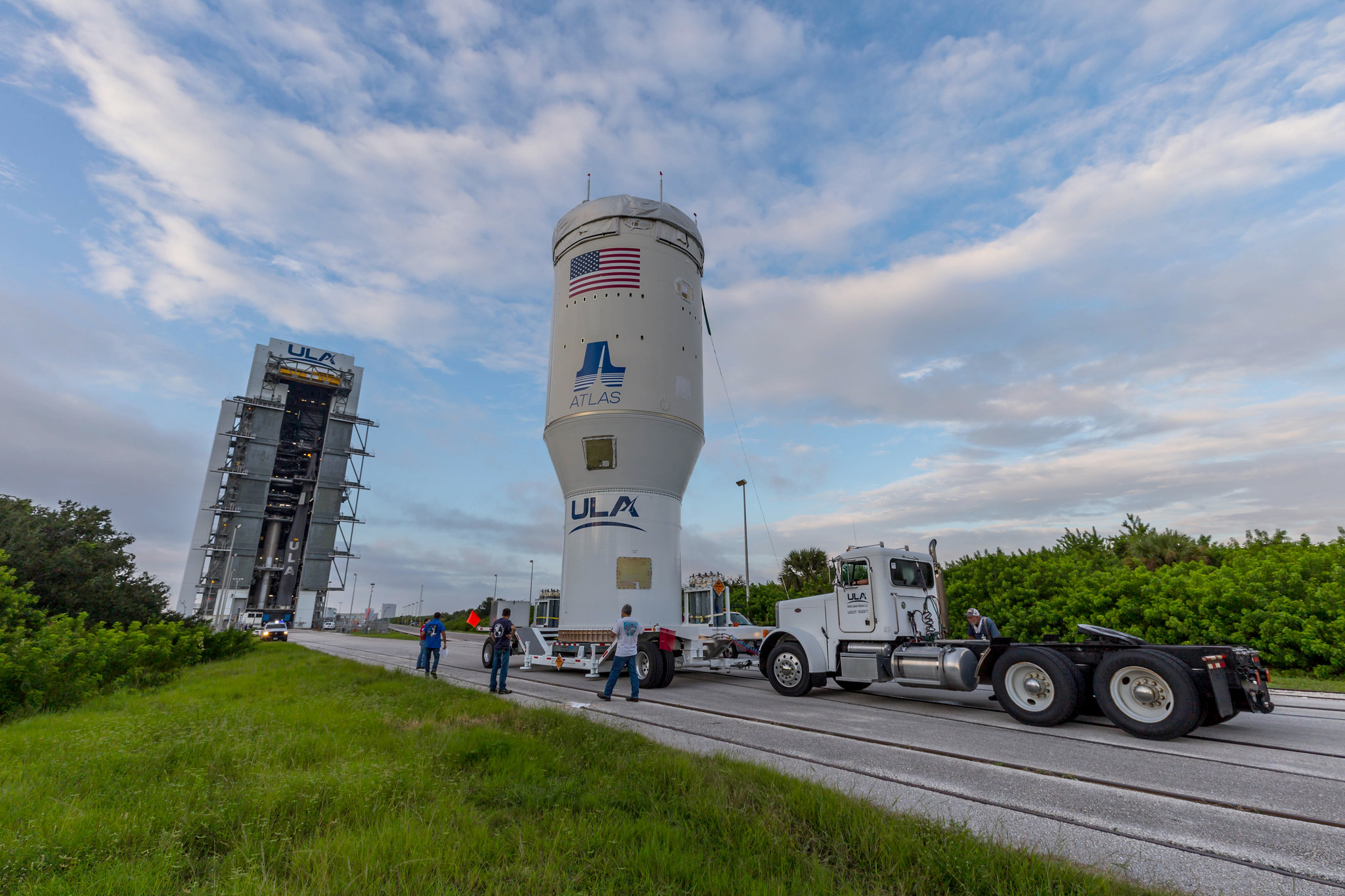 The rocket is known as the Atlas V 531 configuration. It includes a five-meter-diameter (17.7-foot) payload fairing, three solid rocket boosters and one engine on the high-performance Centaur.

Comprehensive testing of the rocket will be performed for the next few weeks to ensure all systems are ready before the payload to be mounted atop the Atlas V. The fully stacked rocket and payload, standing 206 feet (63 meters) tall, will ride the MLP from the VIF to Space Launch Complex-41 the day prior to the countdown and launch.

Liftoff is planned for later this year. This will be our 30th mission for the NRO.