The NROL-91 payload is hoisted atop the Delta IV Heavy. Photo by United Launch Alliance

A United Launch Alliance (ULA) Delta IV Heavy rocket and its U.S. national security payload have been vertically integrated atop their West Coast launch pad for the upcoming NROL-91 mission in service to the National Reconnaissance Office (NRO) and the Space Force’s Space Systems Command (SSC).

The encapsulated payload was transported to Space Launch Complex (SLC)-6 and hoisted atop the rocket to begin the final phase of the launch campaign. The mission is scheduled for launch Sept. 24 at 2:53 p.m. PDT (5:53 p.m. EDT; 2153 UTC) from Vandenberg Space Force Base in California.

NROL-91 extends a partnership between the NRO and ULA that began with our very first launch in 2006 and now totals 31 consecutive successes.

The triple-core Delta IV Heavy is the only operational rocket in the world today that possesses all necessary attributes to meet the stringent requirements to perform the NROL-91 mission. It will be the NRO's 10th launch aboard ULA's heavy-performance rocket, which is recognized for delivering high-priority missions for national security and NASA.

The payload aboard NROL-91 is designed, built and operated by the NRO in support of the agency's national security mission to provide intelligence data to the United States senior policy makers, the Intelligence Community and Department of Defense. 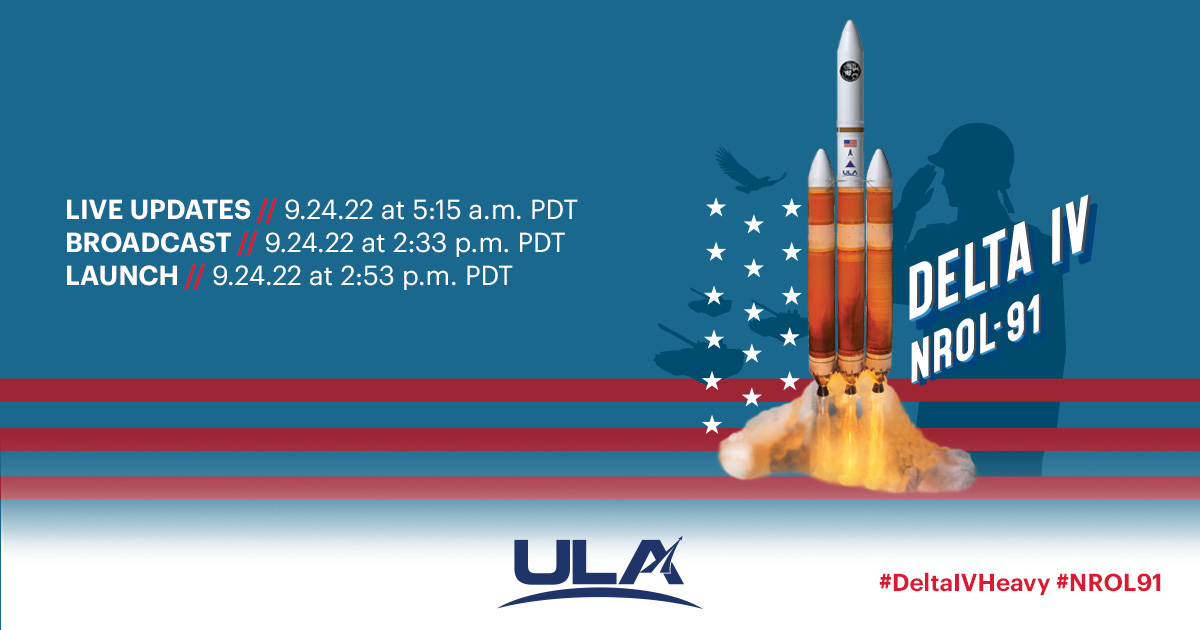 Preparations for the launch began with delivery of the rocket to Vandenberg by the R/S RocketShip from the ULA factory in Decatur, Alabama. The ocean-going cargo vessel transported the rocket elements to California via the Panama Canal, with offloading occurring at the Vandenberg harbor just south of the SLC-6 launch pad.

Delta IV Heavy consists of a half-million pounds (227,000 kg) of hardware in the form of three common booster cores (CBCs) each fitted with RS-68A main engines, a Delta Cryogenic Second Stage (DCSS) with an RL10C-2-1 engine and two halves of a 62.7-foot-long (19.1-meter) composite payload fairing.

Testing and connection of the stages took place within the Horizontal Integration Facility (HIF) overlooking the pad. The port and starboard boosters were attached to the center core, then the DCSS was joined to the interstage on the forward end of the center booster.

Also completed in the HIF, the Launch Mate Unit (LMU) was fastened to the three CBCs to serve as the structural base of the rocket when it stands atop on the pad's launch table. The LMU contains the 12 holddown bolts that fire to release the fully fueled, 1.6-million-pound (725,700-kg) rocket at liftoff.

The 170-foot-long (51.8-meter) rocket then emerged from the HIF, riding horizontally aboard a 36-wheel, diesel-powered transporter down the roadway to the launch pad. 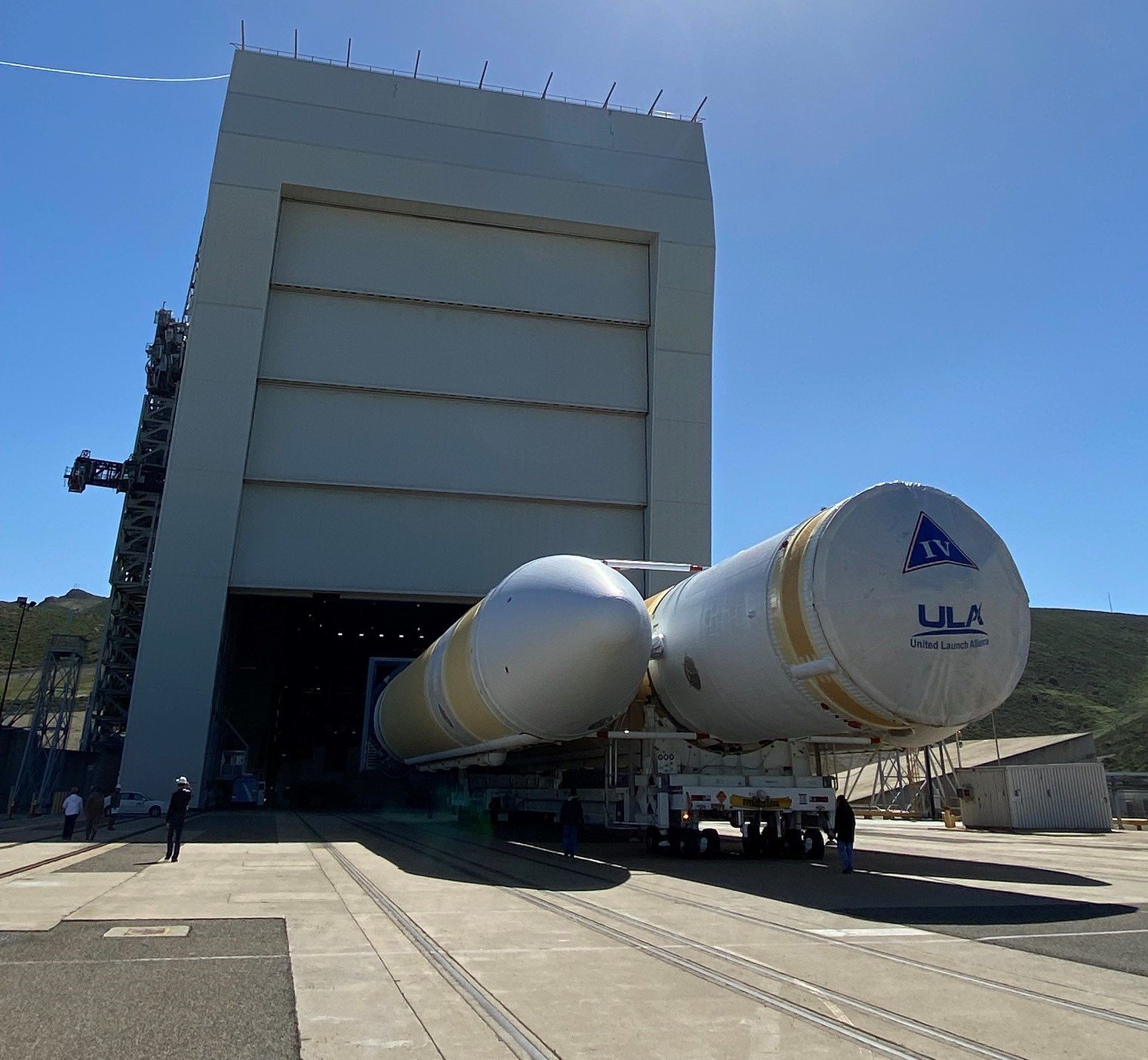 Enclosed within the Mobile Assembly Shelter, the pad is shielded from winds and weather during pre-flight processing operations to give a comfortable environment for technicians working on the rocket and protect critical flight hardware during pad processing.

The Fixed Pad Erector raised the vehicle upright at the pad to complete the Launch Vehicle on Stand (LVOS) milestone for Delta IV Heavy to conduct NROL-91.

A Wet Dress Rehearsal (WDR) was performed to exercise the rocket and ground systems in a practice countdown setting. Vertically attaching the encapsulated payload to finish assembly of the 233-foot-tall (71-meter) rocket followed as the last major event in the launch campaign.

NROL-91 will be the 387th Delta launch since 1960, the 43rd Delta IV and 14th in the Heavy configuration. It also marks the 95th and final launch of a Delta rocket from Vandenberg as ULA transitions its future missions from the West Coast to the new Vulcan Centaur rocket.

A single-core Vulcan rocket is our next generation launch solution that offers affordability and even higher performance to launch heavy-class missions for the nation.