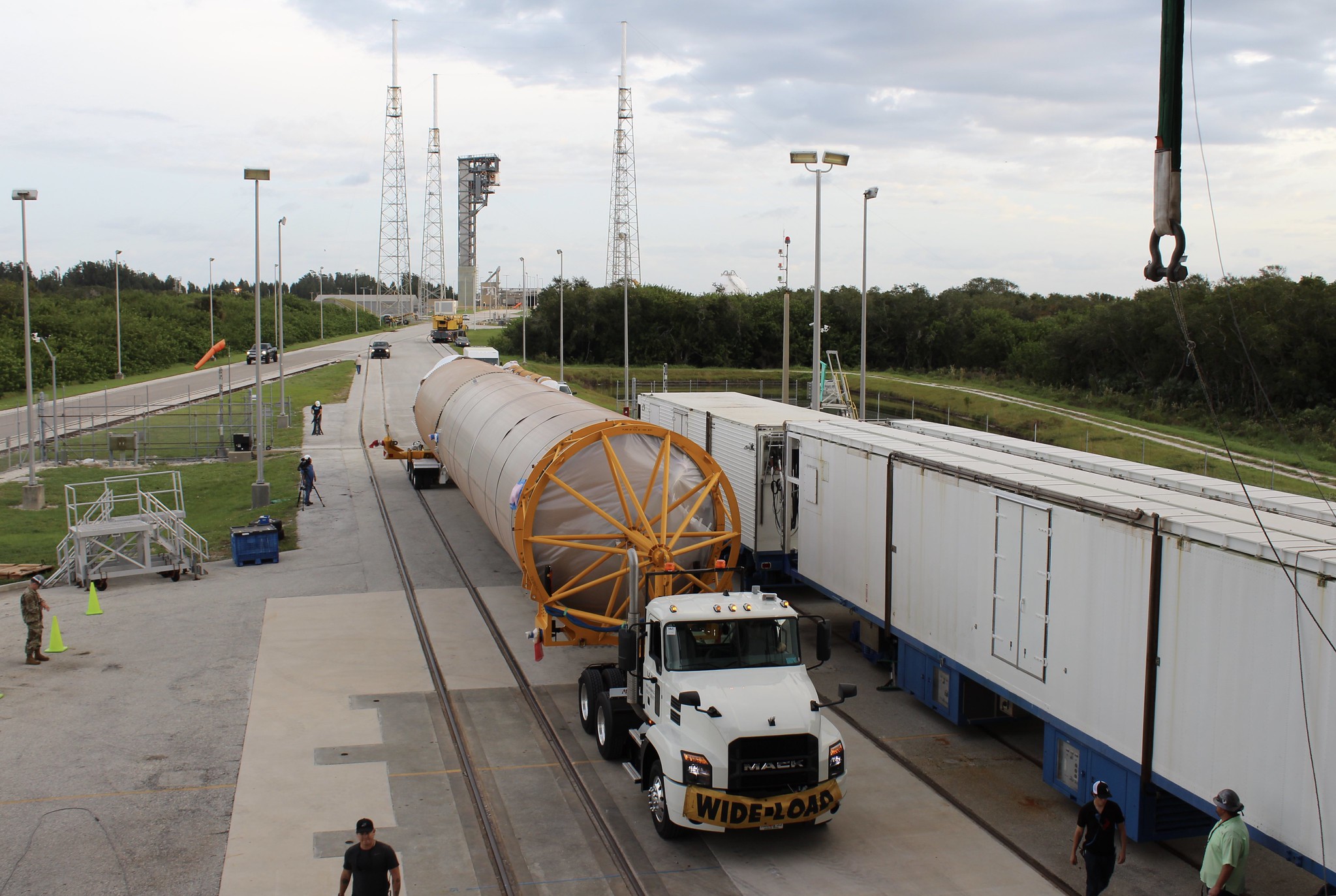 The stages and boosters have been joined together to form the Atlas V rocket that will launch the inaugural flight of Boeing's CST-100 Starliner spacecraft.

The work began Monday, Nov. 4 when the first stage was hoisted aboard the Mobile Launch Platform. The twin solid rocket boosters were attached on Wednesday, Nov. 6 and Thursday, Nov. 7 to opposite sides of the stage.

The OVI structure, which consists of the interstage, Dual Engine Centaur upper stage and Launch Vehicle Adapter, was lifted atop the first stage this morning to finish the initial buildup of the vehicle.

Applying power to the rocket, testing of the flight controls, checks of the engine steering profiles and a Combined Systems Test will occur over the next week to verify Atlas V is ready to flight.

That will clear the way for delivery of the Starliner capsule from Boeing's Commercial Crew and Cargo Processing Facility (C3PF) at the Kennedy Space Center to the nearby VIF at Space Launch Complex-41 for mating to the Atlas V in mid-November.

Atlas V will propel Starliner off the pad at the exact moment the space station's orbital plane crosses over Space Launch Complex-41. The main engine and solids generate 1.6 million pounds of thrust to power the 172-foot-tall, 979,223-pound rocket skyward.

Starliner is headed for the International Space Station for its uncrewed Orbital Flight Test (OFT) as part of NASA's Commercial Crew Program.