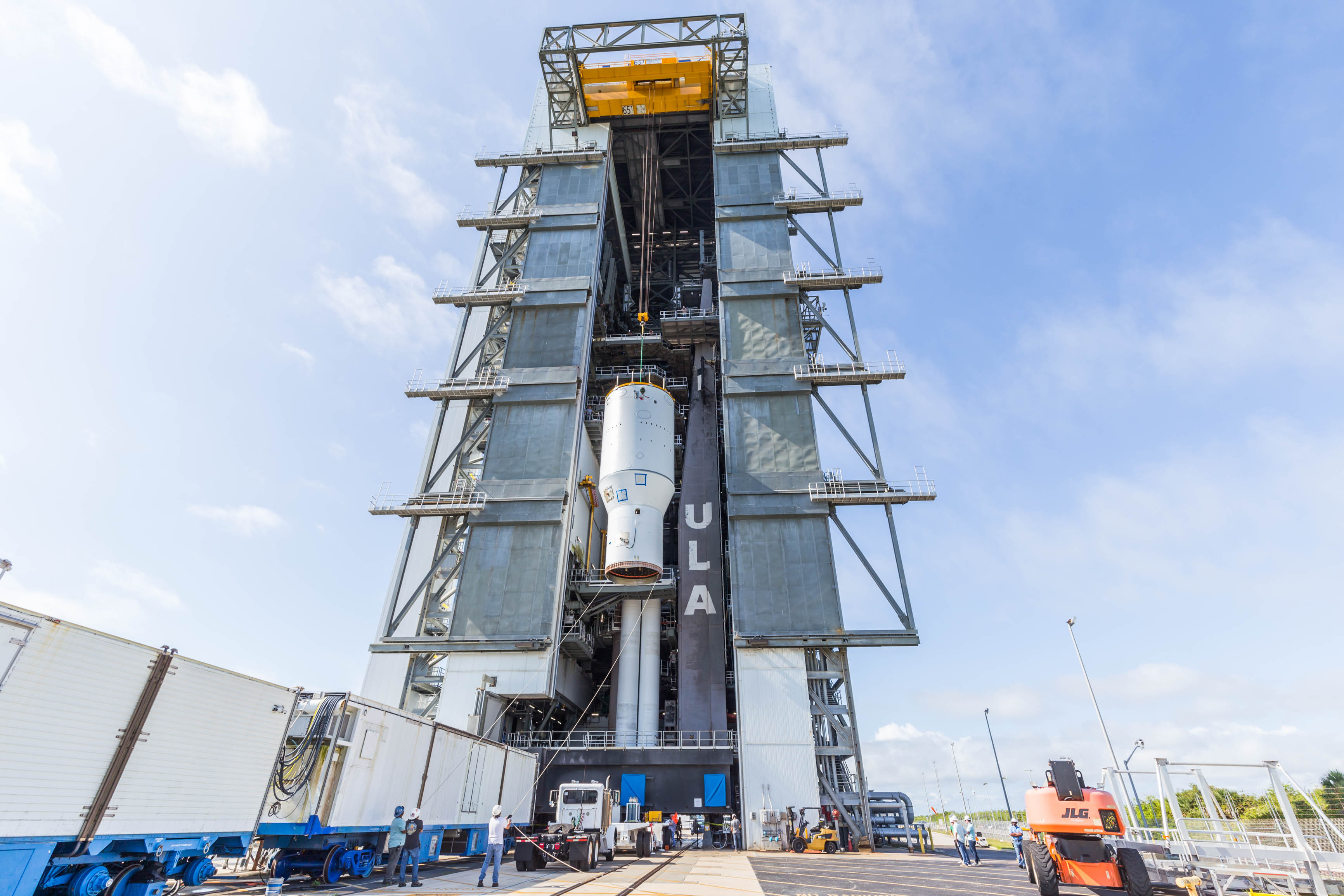 The Centaur upper stage is hoisted atop the Atlas V. Photo by United Launch Alliance

Initial stacking of the two-stage vehicle with four side-mounted solid rocket boosters at the Vertical Integration Facility (VIF) was completed today by hoisting the Centaur upper stage into place.

The six-hour ascent of USSF-12 will launch two satellites approximately 22,000 miles (36,000 km) above the equator. The upper payload is the Wide Field of View (WFOV) Testbed for SSC's Space Sensing Directorate and riding beneath a multi-manifest adapter is a payload for the Department of Defense’s Space Test Program (STP).

The launch campaign at the Vertical Integration Facility (VIF) began May 27 when the Atlas V first stage, featuring the 100th RD-180 main engine, was stood up on the mobile launch platform (MLP). The event was known as LVOS, or Launch Vehicle on Stand. 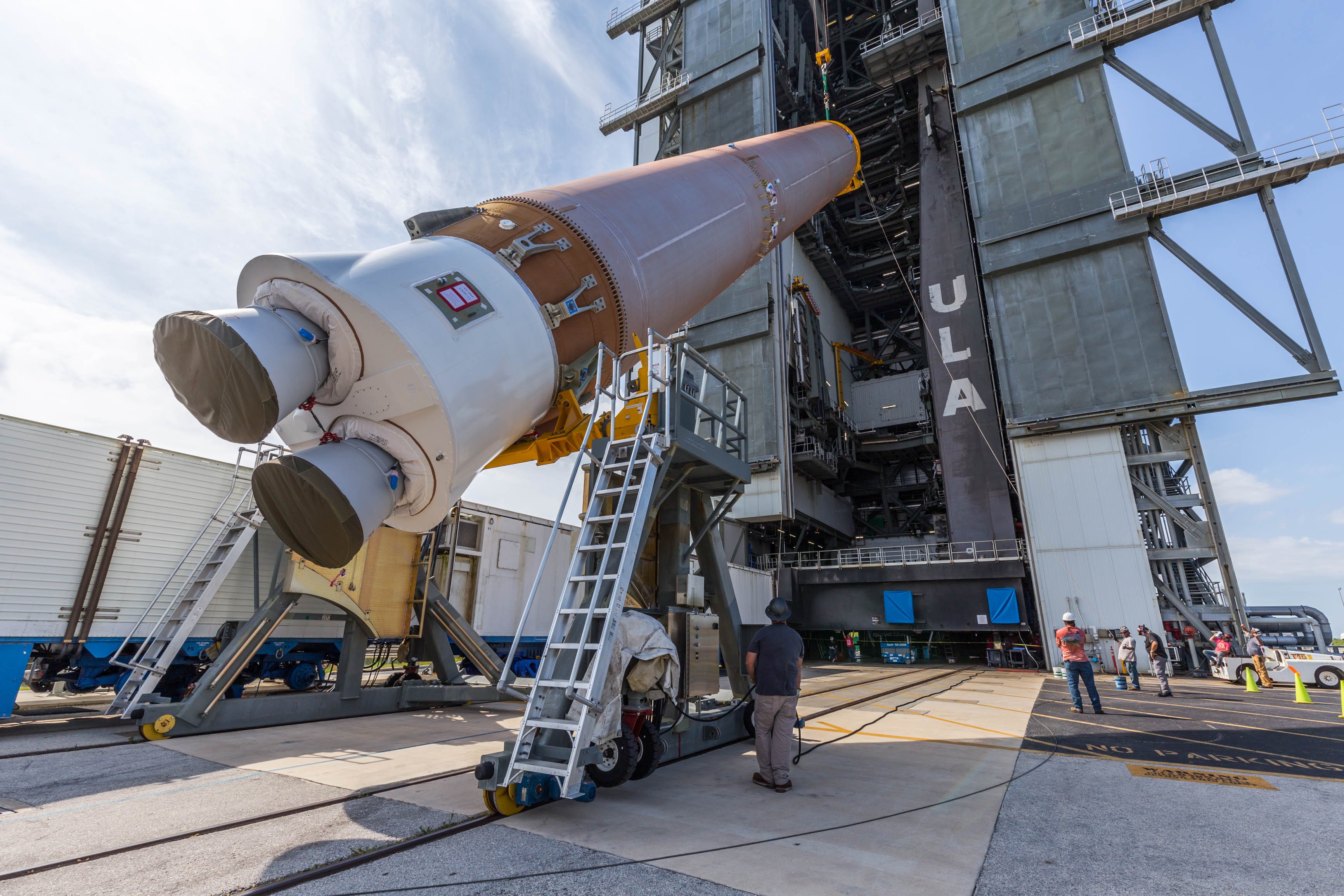 After the Memorial Day holiday break, the four GEM 63 solid rocket boosters (SRBs) were attached one-by-one to the first stage. Together, the first stage and SRBs will generate 2.3 million pounds (10.44 mega-Newtons) of thrust to propel the launch vehicle on its marathon mission.

Buildup of the Atlas V 541 rocket, designated AV-094, was completed today when the interstage adapter, Centaur upper stage with an RL10C-1 engine, and lower portion of the payload fairing were hoisted into place as one pre-assembled element.

This will be the 265th Centaur to be flown. The venerable American upper stage has sent spacecraft to every planet in the solar system and beyond.

Testing of rocket systems will be completed over the coming days, leading to the encapsulated payload arriving at the VIF for integration atop the Atlas V in mid-June. WFOV and STP’s payload will be brought to the VIF already shrouded in the 17.7-foot (5.4-meter) diameter Out-of-Autoclave payload fairing.

USSF-12 is the 676th launch of an Atlas and the 376th to originate from Cape Canaveral. It also marks the 94th Atlas V mission and builds upon the 60 percent of the rocket's flight history dedicated to national security payloads.

This is the ninth Atlas V 541 configuration, which first flew in November 2011 to successfully launch NASA's Mars Curiosity rover to the red planet. It has also launched missions for the National Reconnaissance Office, the Mars 2020 mission and the current generation of GOES weather satellites.