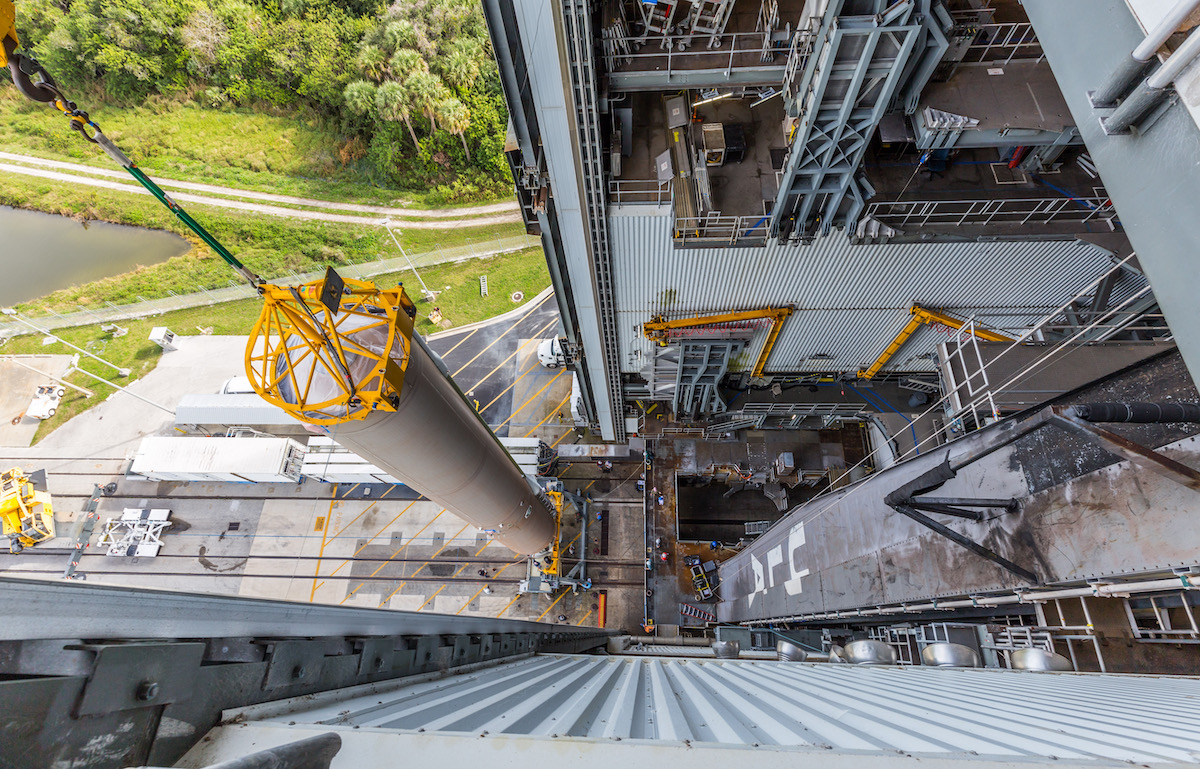 The Atlas V first stage is hoisted into the VIF. Photo by United Launch Alliance

It will be ULA's 148th mission, the third to launch GSSAP satellites and the first Atlas V 511 rocket featuring the 17.7-foot (5.4-meter) payload fairing and a single side-mounted solid rocket booster.

Assembly of the rocket, designated AV-084, began Dec. 18 with the Launch Vehicle on Stand (LVOS) milestone at the Vertical Integration Facility (VIF). The 107-foot (33-meter) long first stage was delivered to the VIF, hoisted upright, and positioned aboard the Mobile Launch Platform (MLP) pedestals.

Attachment of the one GEM 63 solid-propellant motor to the first stage occurred on Dec. 20. The booster will provide nearly a third of the total thrust at liftoff to power the Atlas V on its journey to geosynchronous orbit.

The pre-assembled structure featuring the interstage, Centaur upper stage and lower halves of the payload fairing was raised atop the rocket today to complete initial buildup of the launch vehicle. 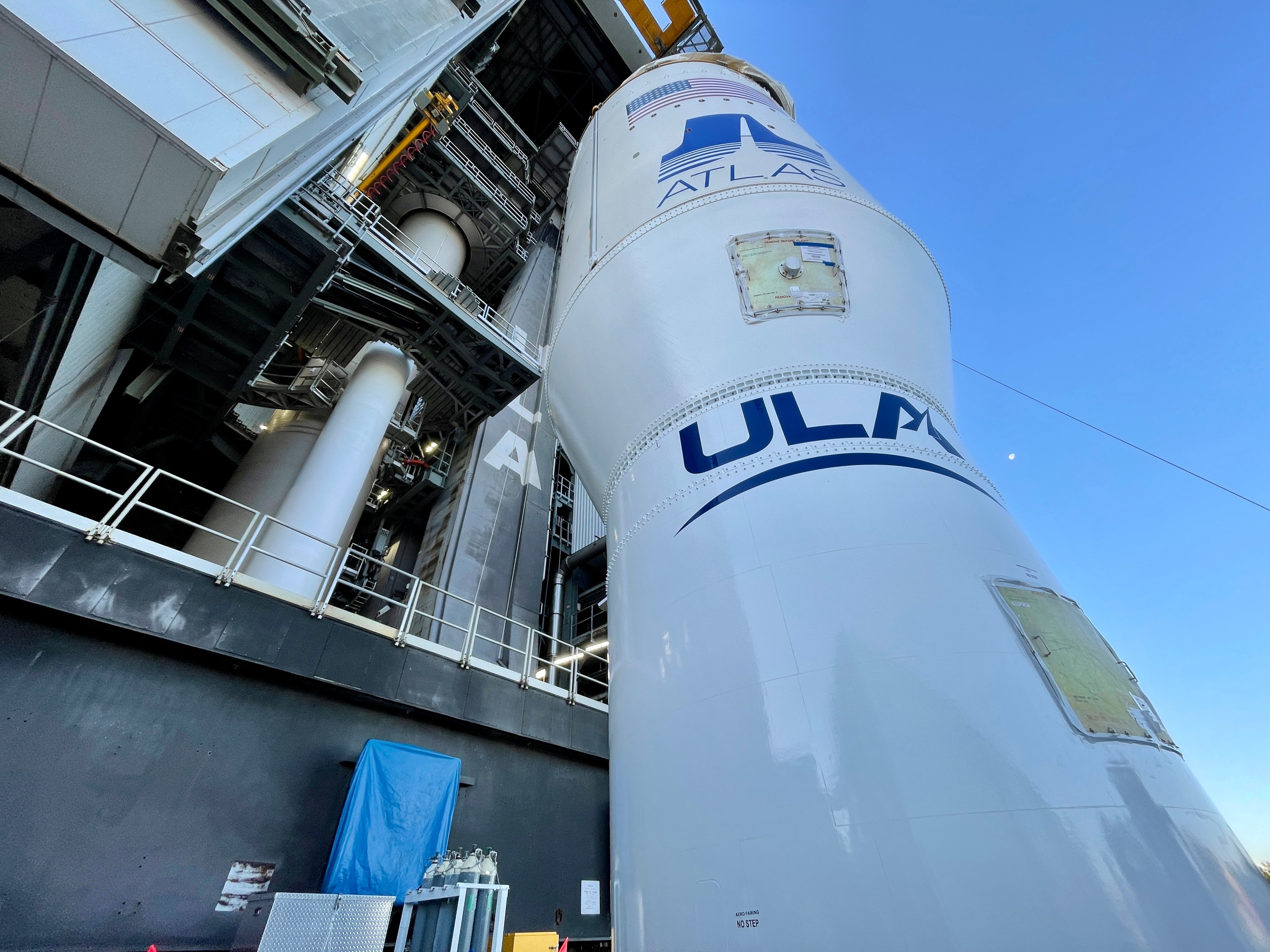 Testing of rocket systems will be completed after the holiday break, leading to the encapsulated payload arriving at the VIF for integration atop the Atlas V in early January. The completed rocket will stand 196 feet (59.7 meters) tall.

The 511 rocket configuration is the only Atlas V variant not yet flown. However, the Atlas V 411 with the smaller 13.1-foot (four-meter) fairing and a single solid rocket booster has successfully launched a half-dozen times.

How can such a seemingly unbalanced launch vehicle fly properly? The answer starts with the solid rocket boosters' stationary nozzles. They align with the overall rocket's center of gravity, and the Atlas V's dual-nozzle main engine provides ample control authority to steer the rocket smoothly through the sky.

The design vision of the Atlas V program provides a launch vehicle that is tailored to the needs of its payload. The family features the ability to add solid rocket boosters for more liftoff thrust and makes available different diameters and lengths of payload fairings.

These various accommodations will continue in the next generation Vulcan Centaur rocket, which can be flown with 0, 2, 4 or 6 solid rocket boosters and payload fairings in lengths of either 51 feet (15.5 meters) and 70 feet (21.3 meters).

The Space Force's Space Systems Command competitively selected the Atlas V 511 for the USSF-8 mission. The rocket configuration provides the right amount of performance to deliver the GSSAP satellites into their desired orbit.

GSSAP is a space-based capability that collects space situational awareness data, allowing for more accurate tracking and characterization of human-made orbiting objects. The satellites have clear, unobstructed, and distinct vantage points for viewing resident space objects orbiting earth in a near-geosynchronous orbit without the weather or atmosphere disruptions that limit ground-based observations.

The data from GSSAP greatly improves our ability to rapidly detect, warn, characterize and attribute disturbances to space systems in the geosynchronous environment.

More photos in our USSF-8 album