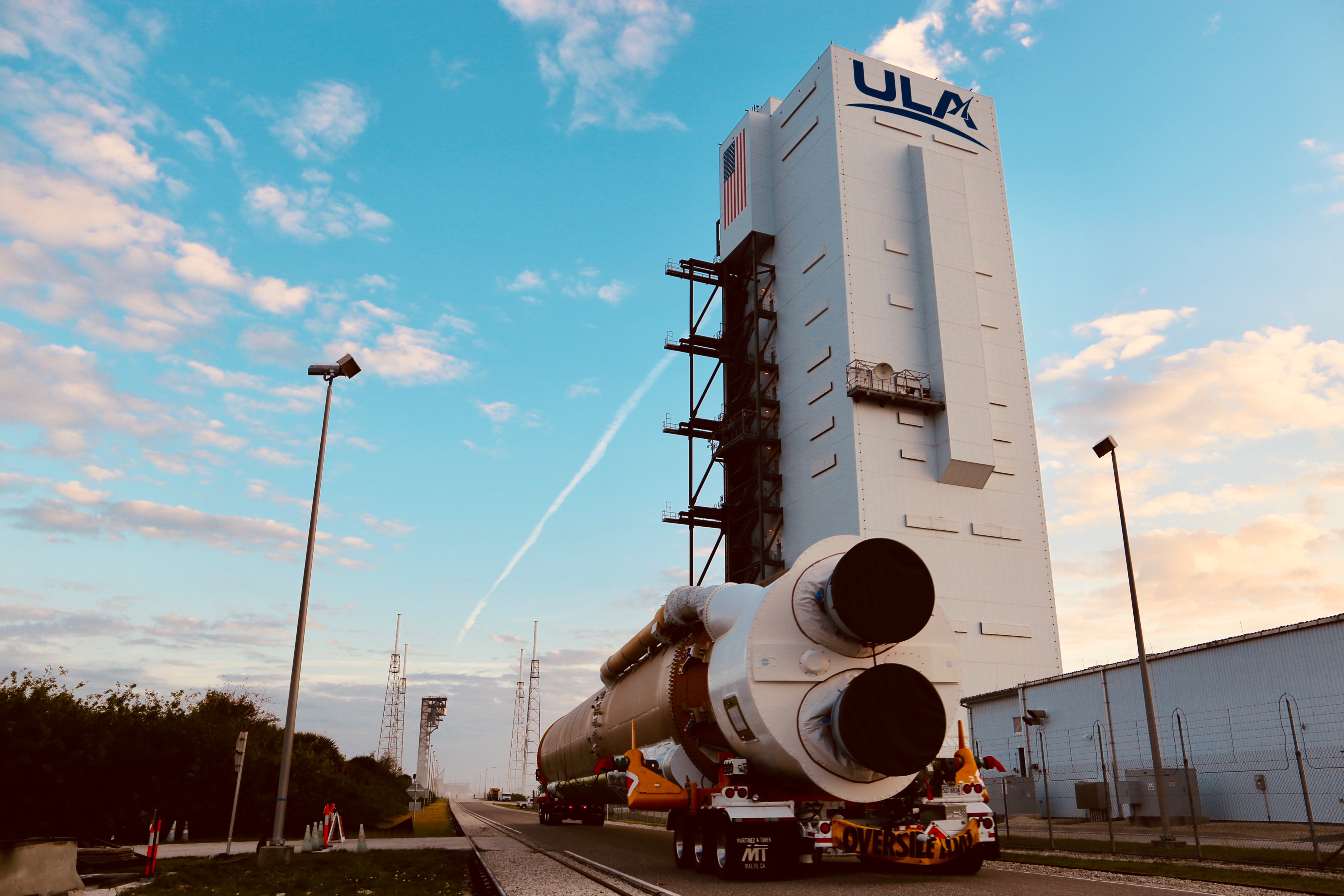 The Atlas V first stage is transported to the VIF to begin stacking.

A half-million pounds of hardware have come together at Cape Canaveral's Vertical Integration Facility (VIF) to form the Atlas V 551 rocket for the first launch of a national security space mission on behalf of the U.S. Space Force Space and Missile Systems Center. 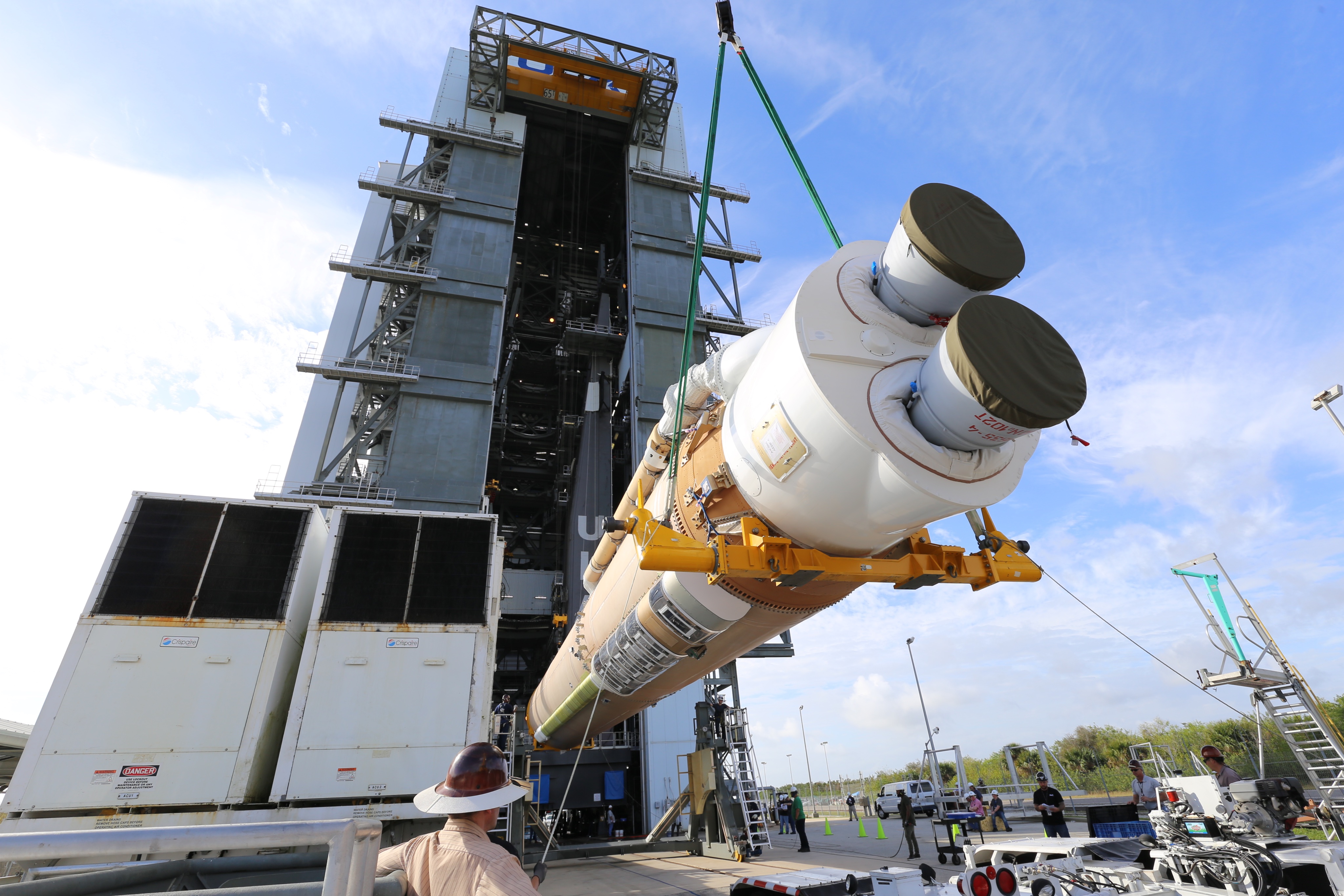 Technicians began the rocket assembly process by bringing the Atlas V first stage to the VIF for Launch Vehicle on Stand (LVOS) day on Feb. 19, a milestone marked by hoisting the 107-foot-long stage upright and placing it aboard the Mobile Launch Platform (MLP).

That operation was followed by the sequential attachment of five side-mounted solid rocket boosters (SRBs) to the Atlas first stage. They will generate three-quarters of the energy at liftoff to power the vehicle skyward on a complex, six-hour flight.

The basic buildup of the rocket was completed this morning by attaching the Centaur upper stage, which is fitted with the 500th RL10 engine. The stage will perform three separate engine firings during the launch to lift the satellite into a high-perigee, reduced-inclination geosynchronous transfer orbit.

The high-performance Atlas V 551 rocket will hit a top speed of 18,898 mph to place AEHF-6 into the customized orbit that requires the satellite to use less fuel to reach its station in space. That fuel savings will directly enhance the spacecraft's mission.

Atlas V was entrusted to launch the full series of AEHF communications satellites for the Space Force's Space and Missile Systems Center. The first successfully launched in 2010.

Next up in the pre-launch campaign, the rocket will be powered on for comprehensive testing of the avionics, subsystems and flight control steering checks of the engines. That will clear the way for the encapsulated AEHF-6 payload to be transported from its processing facility to the VIF for mounting atop the Centaur stage to complete the 197-foot-tall rocket.