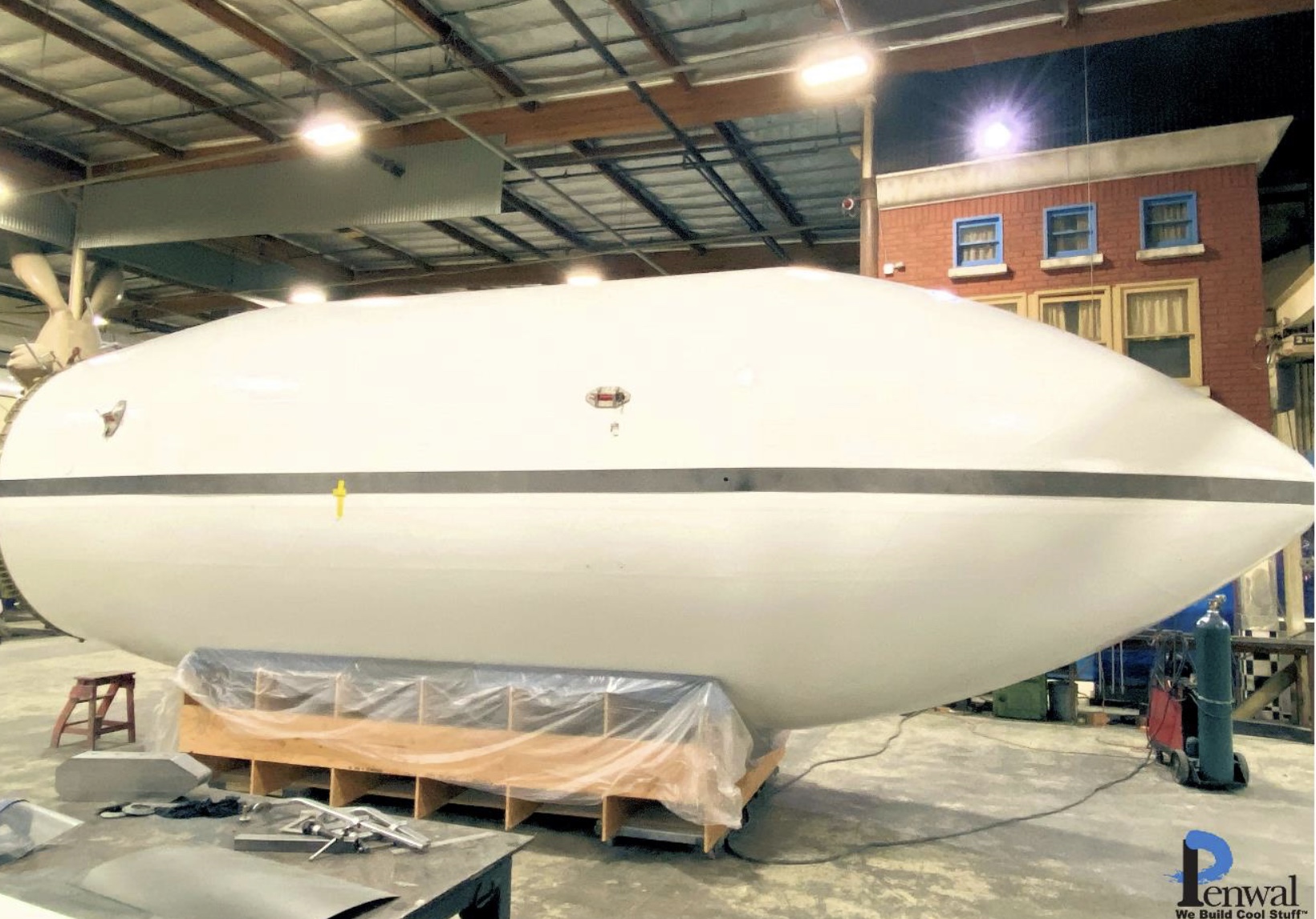 Manufacturing is complete on the final Delta II rocket in preparation for shipment early next year to the Kennedy Space Center Visitor Complex (KSCVC) Rocket Garden to stand as a lasting tribute.

"The Delta II exhibit will be visible when patrons arrive in the parking lot and will tower over the other historic rockets," said Gregg Cauthen, a project management specialist leading ULA's involvement in the display.

Following the Delta II's final mission in 2018, ULA selected KSCVC to receive a remaining vehicle for an outdoor display that would inspire visitors to learn about the rich history of this beloved rocket and honor the men and women who operated it during three decades of launches.

The hardware was stored in ULA's Pueblo, Colo. facility before being shipped in May and June 2020 to Penwal Industries, the design firm contracted by ULA for the exhibit. Penwal completed final production at its Rancho Cucamonga, Calif. headquarters, where the rocket currently awaits its cross-country trek.

The exhibit will be transported by truck to Florida in major elements, including the engine section with the main exhibit support structure, the lower piece of the first stage that would have served as the liquid oxygen tank, the upper half of the stage where the RP-1 fuel would have been held, the 10-foot-diameter composite payload fairing, and three solid rocket booster replicas.

Cauthen said ULA will serve only in an advisory role in the transportation and exhibit assembly. He estimated it will take three to five days to bolt the rocket pieces together to integrate the 13-story-tall display.

History buffs may be curious if the original Delta Blue paint was used. Cauthen said they color-matched it and "we went with paints that could hold up to the Florida climate for much longer than the original paints."

The shark eyes and teeth that were commonplace on the Delta II payload fairings for Global Positioning System satellite launches will adorn the display rocket as well.

The exhibit was designed to the industry standards for an outdoor structure, making it able to withstand a hurricane. The foundation will be anchored deep below ground and tension cables will connect to the rocket.

The Rocket Garden features eight other iconic giants from space history, from Mercury-Redstone and Mercury-Atlas to Gemini-Titan and Saturn IB. The Delta II will stand nearly 20 feet taller than the existing displays.

The Delta II served as a venerable industry workhorse for nearly 30 years, launching 155 times to deploy the Global Positioning System constellation, explore Mars with orbiter and rovers, and serve the medium-class space launch market as an immensely reliable rocket.

The rocket was created in the late 1980s by McDonnell Douglas to fulfill the Air Force's need for a medium-performance launch vehicle to carry the first generation of operational GPS satellites into space to create a worldwide precision navigation network. It launched for the first time on Valentine's Day 1989.

NASA also used the Delta II over 50 times to send spacecraft to Mars, Mercury, comets and asteroids, to launch telescopes to study the universe and detect planets outside the solar system, and missions to monitor the Earth's health.

"I hope the KSCVC guests understand all of the satellites and inter-planetary probes that the Delta II put into space during the long career of this launch vehicle," Cauthen said.