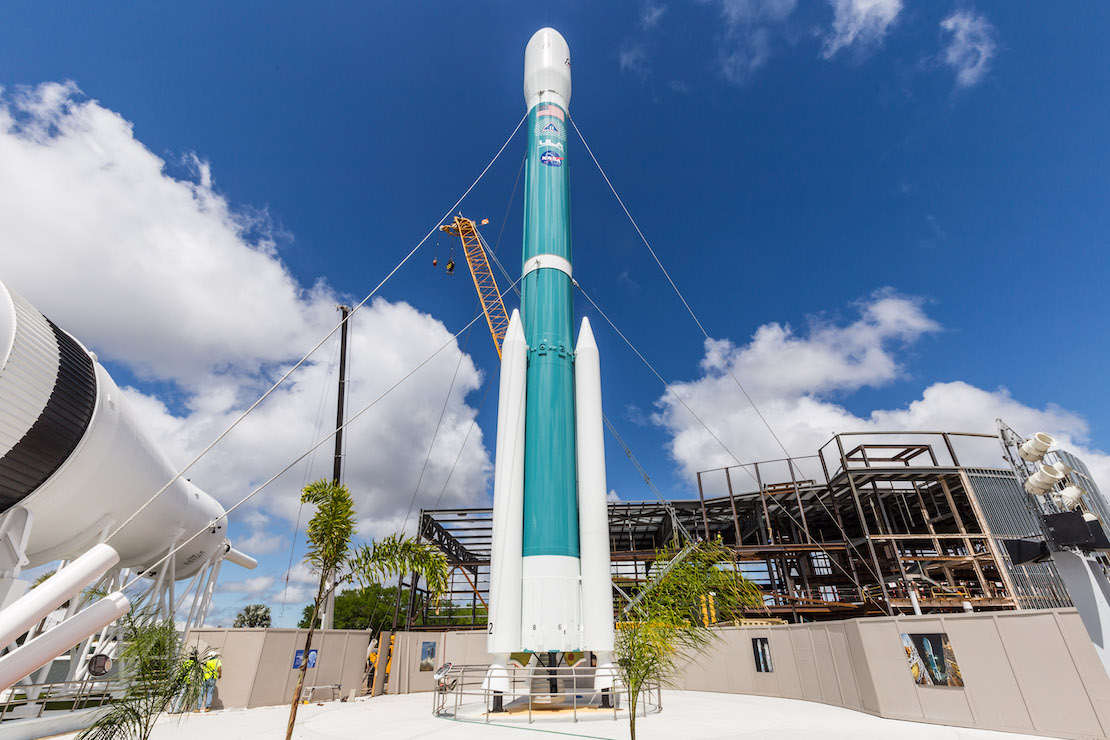 The Delta II display opened at the Kennedy Space Center Visitor Complex (KSCVC) today to preserve the lasting legacy of the rocket that fostered the Global Positioning System and galvanized the exploration of Mars.

ULA selected KSCVC, following the Delta II's final mission in 2018, to receive a remaining vehicle for an outdoor display that would inspire current and future generations to learn about the rich history of this beloved rocket.

The rocket flew in many configurations depending on individual payload needs, with different sizes of payload fairings, as few as three and a maximum of nine strap-old solid rocket boosters (SRBs), and optional third stages for additional performance. The SRBs used by Delta II have evolved to the larger Graphite Epoxy Motor (GEM) 63s now utilized by Atlas V and soon the GEM 63XL for Vulcan Centaur.

The rocket was created in the late 1980s by McDonnell Douglas to fulfill the Air Force's need for a launch vehicle to carry the Global Positioning System's first generation of operational satellites into space and create a worldwide precision navigation network.

The Delta II did just that. Launching for the inaugural time on Valentine's Day 1989 and continuing through 2009, Delta II performed rapid-fire missions that successfully deployed four dozen spacecraft to assemble and maintain an entire fleet of GPS satellites. The network created a utility for the U.S. military and the global civilian population that revolutionized modern navigation on Earth.

Today, GPS is a practical benefit of space to a billion users around the world, offering accurate location data to help with travel directions and exact timing accuracy for financial transactions including credit card purchases and ATMs.

Commercial customers also called upon Delta II over the years to improve the quality of life for society. The rocket launched the mobile telephone constellations, geostationary satellites for television broadcasting and other telecommunications, and Earth-imaging observatories that yielded a new perspective of the planet.

Further chapters written in the Delta II legacy are devoted to its service as the NASA workhorse, performing over 50 launches in the pursuit of science and the wonder of exploration.

Eight successful Mars missions were sent to the red planet by Delta II, providing NASA with a reliable launch vehicle to establish a campaign of exploration using orbiters, landers and surface rovers that transformed our understanding of this neighboring world.

The history includes the 1996 launches of Mars Global Surveyor, the long-lived orbiter that mapped the red planet and Mars Pathfinder that demonstrated a novel use of air bags to cushion landings on another planet. The 2001 Mars Odyssey orbiter followed and became NASA's longest-lasting spacecraft at the red planet where it studied the climate and geology. The twin Spirit and Opportunity rovers left Earth a month apart in 2003 seeking evidence of past water on the surface of Mars. And in 2007 the Phoenix lander went to the Martian north pole to dig into the soil using a robotic arm and look for subsurface water ice.

In addition, Delta II extended scientific pursuits to the planet Mercury with NASA's MESSENGER orbiter and small worlds in our solar system like the NEAR-Shoemaker probe that landed on the tiny rock called Eros, the Dawn spacecraft that explored protoplanet Vesta and the dwarf planet Ceres, Deep Impact that smashed into Comet Tempel 1 to study its interior, and GRAIL sent to create an unprecedented lunar gravity map.

The Stardust and Genesis sample-return missions brought back to Earth collections of comet particles and the solar wind, the twin STEREO probes were dispatched to observe the sun from different vantage points, the Kepler observatory discovered exoplanets in the galaxy, and the Spitzer Space Telescope launched to scan the universe with infrared vision. 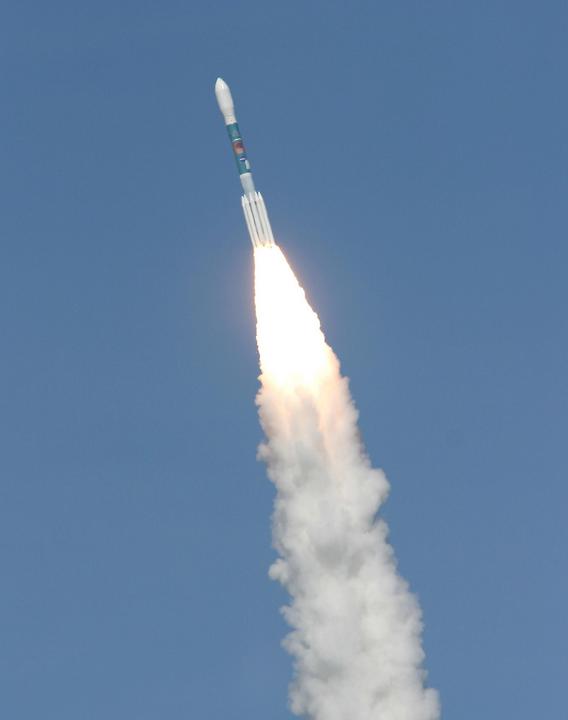 Other missions launched by Delta II gave us a new understanding of fundamental science such as the Wilkinson Microwave Anisotropy Probe, a cosmology investigation that measured the radiation from the Big Bang and determined the universe's current age to be 13.77 billion years, and the Gravity Probe-B that confirmed two elements of Albert Einstein's general theory of relativity by studying the amount by which the Earth warps the local spacetime.

The Delta II career concluded on Sept. 15, 2018 with the launch of NASA's ICESat-2 environmental research satellite, just one of nearly two dozen spacecraft orbited by the rocket to monitor and study the Earth, its changing climate, and track the weather.

The endearing rocket's place in history is secured while its spirit lives on in the hearts of the men and women who designed, built, and launched it for three decades. Now, the public can visit an authentic Delta II at the KSCVC Rocket Garden, located just 9 miles from SLC-17 where more than 100 of them were launched.

ULA teammates use 3D printing to fight spread of COVID-19