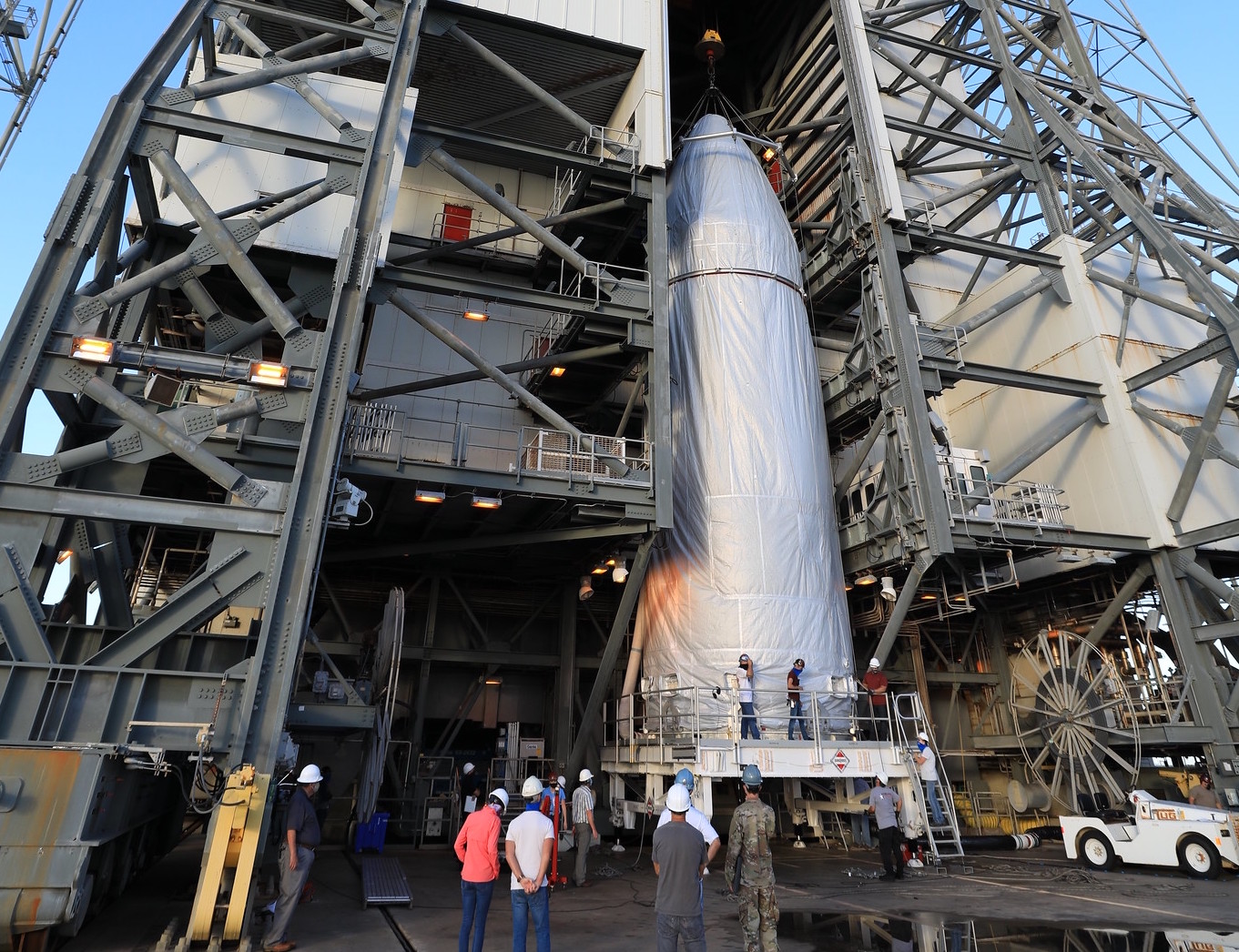 ULA is preparing for our next mission, the launch of a Delta IV Heavy rocket for the National Reconnaissance Office (NRO) from Cape Canaveral on Aug. 26.

The encapsulated NROL-44 payload was delivered to Space Launch Complex-37 (SLC-37) on the morning of July 27 and mounted atop the rocket. Technicians used the gantry crane to lift the payload through the hoistway on the Mobile Service Tower (MST) and position it for connection to the Delta Cryogenic Second Stage (DCSS).

See our Flickr album for high-resolution photos of the Delta IV Heavy rocket being readied for NROL-44. 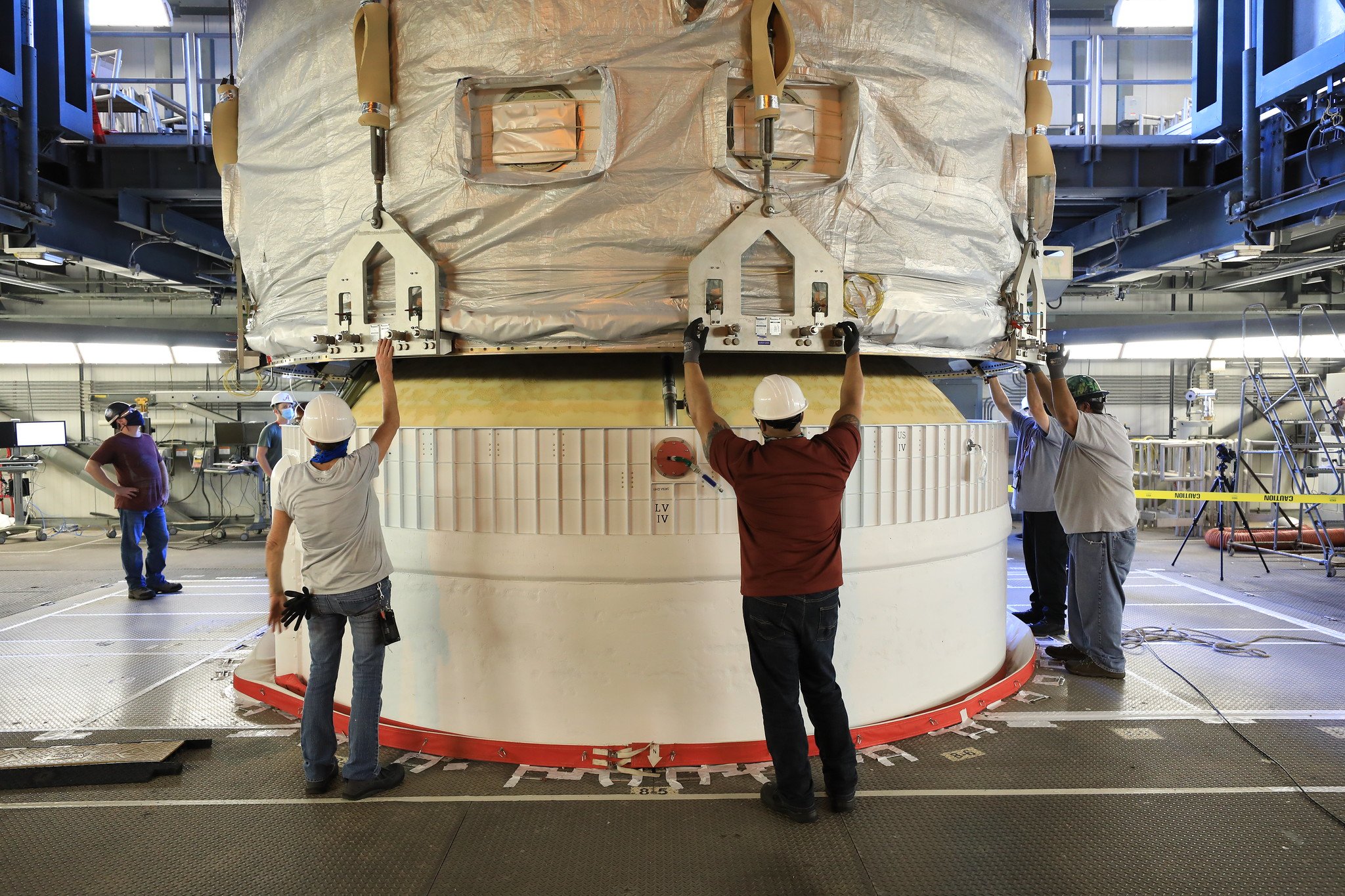 "The vehicle also launched NASA's Orion capsule on its first orbital test flight and sent the Parker Solar Probe on its journey to become the fastest robot in history."

Making best use of resources and managing the workforce's scheduling, ULA got an early jump on preparing for NROL-44 by placing the rocket on the pad at the end of last year and completing checkout activities up through the countdown rehearsal test.

Launch pad work to ready this rocket began Nov. 14 when it was rolled out from the Horizontal Integration Facility, where the three common booster cores and DCSS were attached together. The rocket was hydraulically lifted upright on the launch pad Nov. 15.

Standard testing of the rocket's systems was conducted and a Wet Dress Rehearsal (WDR) to practice day-of-launch operations that included fueling all three boosters and upper stage was performed on Jan. 10.

After the WDR was completed, the Delta IV Heavy was drained of the liquid hydrogen and liquid oxygen propellants, safed and powered off for several months. The rocket remained secure within the protective MST gantry.

This will be the 141st ULA mission since the company was formed and our eighth Delta IV Heavy rocket launch for the NRO.