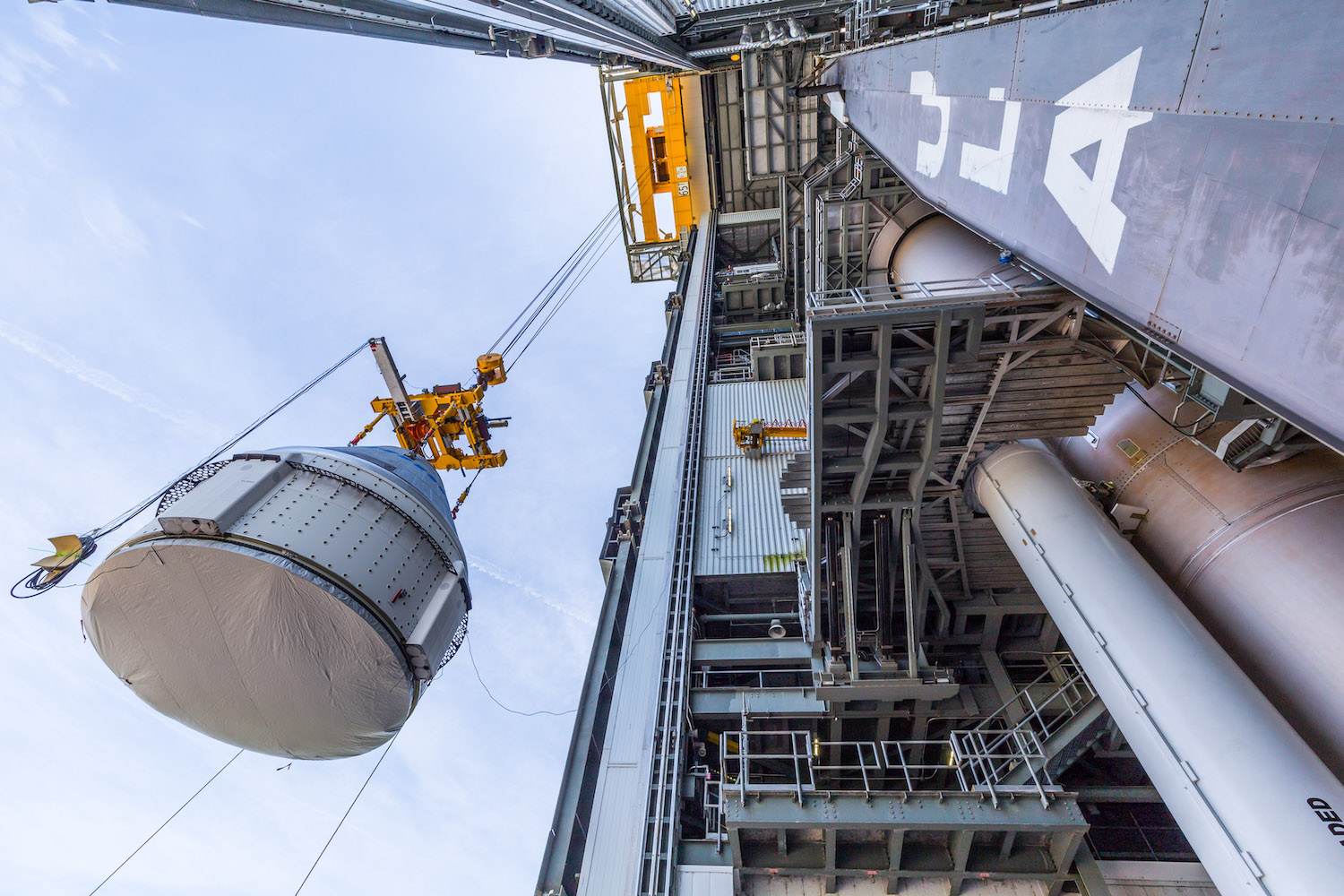 Starliner is hoisted atop the Atlas V rocket. Photo by United Launch Alliance

ULA's motorized payload transporter, adapted to carry Starliner, moved at a top speed of 5 mph, heading from the C3PF, a former space shuttle hangar, eastward to the beach and then southward to the launch site. The transporter deck also provided Starliner with environmental controls to keep its compartments in good health during the transport.

Approaching the VIF, the transporter maneuvered up to the 30-story-tall building's doorway and parked. A four-point lifting sling, called the Handling Fixture Hoist Tool, was connected to the Starliner for the overhead crane to carefully raise the spacecraft onto the Atlas V waiting inside the VIF aboard its mobile launch platform.

Starliner was positioned for mating to the launch vehicle adapter that serves as the spacecraft's cradle on the rocket during ascent. The adapter also features the aeroskirt structure that smooths the air over the combined payload and Atlas V for aerodynamic stability. 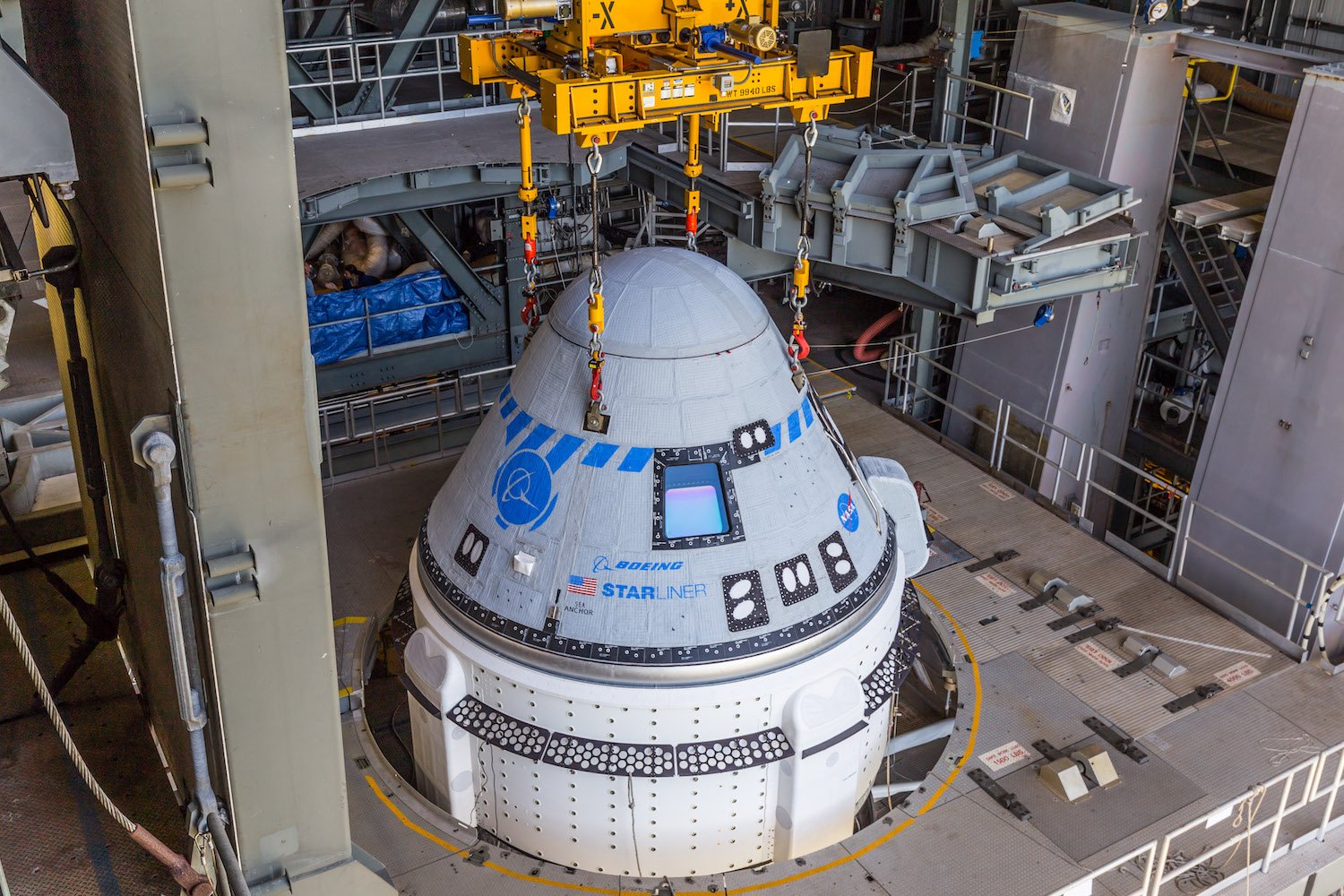 Accommodations for Starliner in the VIF include a clean enclosure to enter the capsule's crew module through the hatchway, access stands for technicians to detach the lift sling and complete preflight work to the spacecraft's exterior, power and data transmission umbilicals, and purge and cooling lines.

Next up is the integrated systems test, a tip-to-tail electrical check of the 172-foot-tall (52-meter) Atlas V and Starliner stack.

OFT-2 begins with the 978,924-pound (444,032-kg) Atlas V leaving the launch pad on 1.6 million pounds (7.1 mega-Newtons) of thrust and immediately executing a roll maneuver that puts the crew module is a head's up orientation for the ascent to space.

Employing the same operational procedure as the space shuttle that also launched on suborbital trajectories, the Starliner performs an orbital-maneuvering engine firing about 15 minutes after separation from Centaur to reach a stable orbit.

Starliner's mission will autonomously rendezvous and dock to the space station and then return about five to 10 days later to land in the Western United States. OFT-2 will use the second of Boeing's two reusable spacecraft. The first spacecraft, named Calypso, flew the OFT-1 mission and will be used to launch American astronauts on the Crew Flight Test.