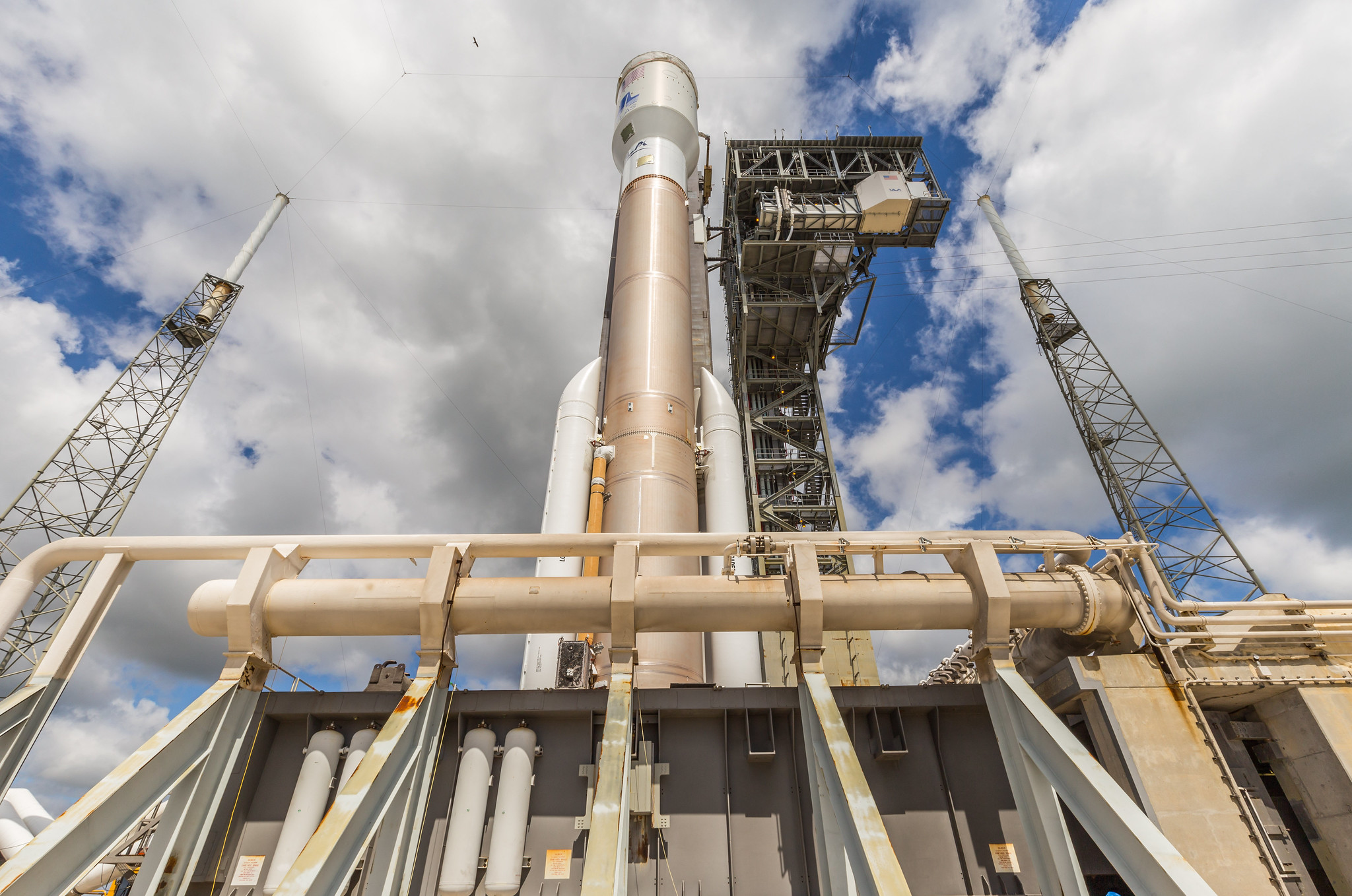 The Atlas V rolls out for a Wet Dress Rehearsal. Photo by United Launch Alliance

Practice is essential whether you are an athlete preparing for a big game, trying to master the skills of playing a musical instrument or launching a rocket during a narrow opportunity to reach another planet.

At United Launch Alliance (ULA), we conduct Wet Dress Rehearsals (WDRs) as the practice to ensure the rocket will be ready when its payload needs to launch.

Payloads such as interplanetary spacecraft have very short windows lasting only a few weeks to launch. Missing that brief opportunity means waiting months or even years before the next available window.

That is where the practice comes in.

ULA prepares the rocket, without the payload yet attached, and transfers it to the launch pad. The team follows the exact launch day procedures by testing and fueling the rocket in a real-life countdown.

With all the necessary people at their stations, clocks count down to mere moments before the rocket would ignite on launch day. It is a full dress rehearsal for launch, with the rocket "wet" or fueled.

The exercise allows engineers to see how the rocket and ground systems behave, discover any issues that might need resolved before the launch day arrives, with time ticking in the unmovable launch window.

Every customer can request that ULA conduct a WDR, but not every launch performs the test as part of pre-flight preparations. Satellite launches to Earth orbit, for example, that are able to launch any day of the year, can withstand a scrub or two. So the time and effort to conduct a WDR is deemed not necessary in most cases.

But critical science missions like the launch of the Mars 2020 mission including the Perseverance rover and Ingenuity helicopter will have a WDR because the Atlas V is required to launch the spacecraft during a three-week period when Earth and Mars are properly aligned. Missing this opportunity means waiting two years before the motion of the planets is just right once again to conduct the launch.

The upcoming WDR will test the hardware, procedures and the people to reduce the risk of a delay when the real launch day arrives next month.