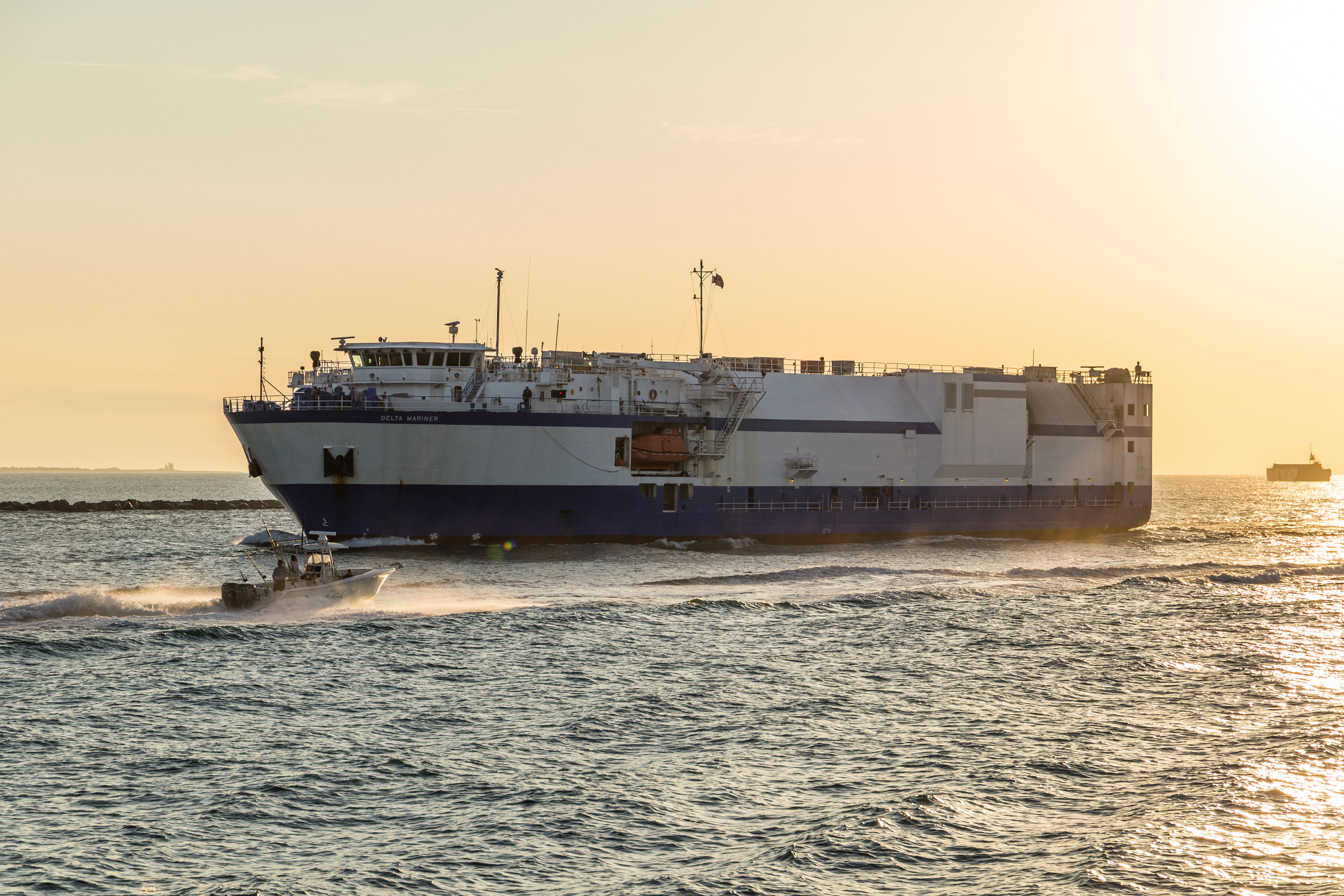 Another rocket shipment from the United Launch Alliance factory has arrived at Cape Canaveral Air Force Station, and this one is extra special.

The Mariner cargo ship has delivered the Atlas V booster stage and the Dual Engine Centaur upper stage that will write a new chapter in human spaceflight history by launching the first astronauts to the International Space Station aboard Boeing's CST-100 Starliner spacecraft for NASA's Commercial Crew Program.

The rocket delivered, designated AV-082, departed the factory in Decatur, Alabama, on May 23 for the journey that spanned rivers, the Gulf of Mexico and Atlantic Ocean to reach Port Canaveral for berthing at the unloading wharf.

The ship arrived at dawn Saturday, June 1. The cradle carrier holding Centaur rolled off the Mariner on Monday, June 3, followed by another truck pulling the Atlas stage today. 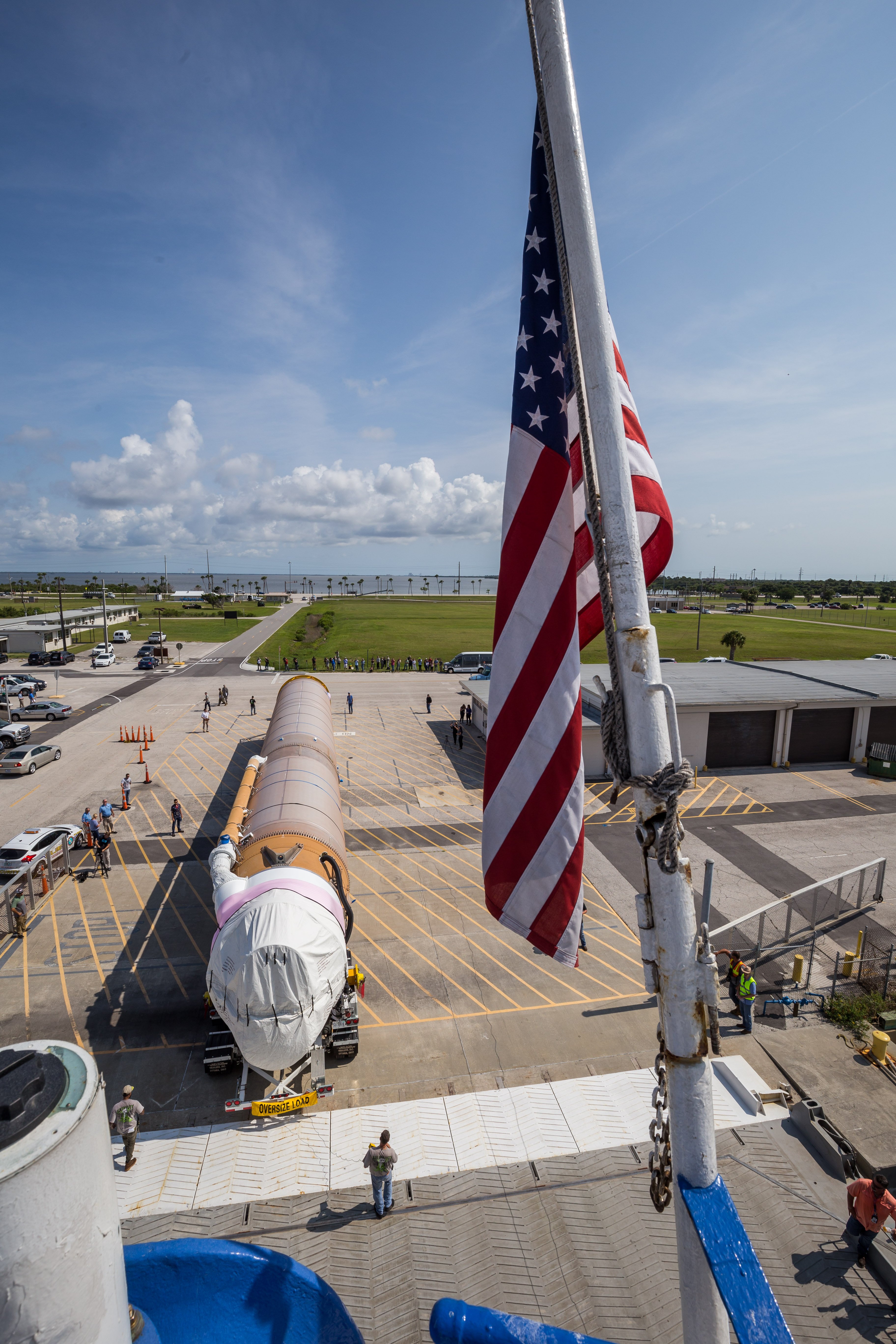 Now at the launch site, the Atlas V will undergo receiving checks and await the start of operations for its mission to send three astronauts to the station on the Crew Test Flight (CFT) of Starliner.

Ferguson, a retired Navy captain born in Philadelphia, flew on three space shuttle missions, serving as pilot on space shuttle Atlantis' STS-115 mission in 2006 that installed a solar power truss on the International Space Station, commander of space shuttle Endeavour's STS-126 mission in 2008 that brought up critical equipment to remodel the outpost's interior in preparation for doubling the size of its resident crews and commander of Atlantis' STS-135 mission that brought the shuttle program to completion, marking the most recent human spaceflight launch from U.S. soil in 2011. He has a master's degree in aeronautical engineering, has accumulated 5,700 hours of flight time in more than 30 types of aircraft and logged 40 days in space.

Fincke, a native of Pittsburgh, is a retired Air Force colonel with master's degrees in aeronautics and astronautics from Stanford and planetary geology from the University of Houston. In the Air Force, he was a test engineer and amassed over 1,900 flight hours in more than 30 different aircraft. He was the science officer for Expedition 9 in 2004 on the space station, commander of Expedition 18 in 2008-2009 and a spacewalker on STS-134, the next-to-last shuttle flight, in 2011.

Mann, born in Petaluma, California, is a lieutenant colonel in the Marine Corps. and Naval Aviator with 47 combat missions to her credit in Iraq and Afghanistan for Operations Iraqi Freedom and Enduring Freedom. She also earned a master's degree in mechanical engineering with a specialty in fluid mechanics from Stanford. CFT will be her first spaceflight after working closely with Boeing to develop Starliner spacecraft systems.

The three astronauts are currently in training for an extended duration stay at the station, contributing to life and work aboard the orbiting laboratory. 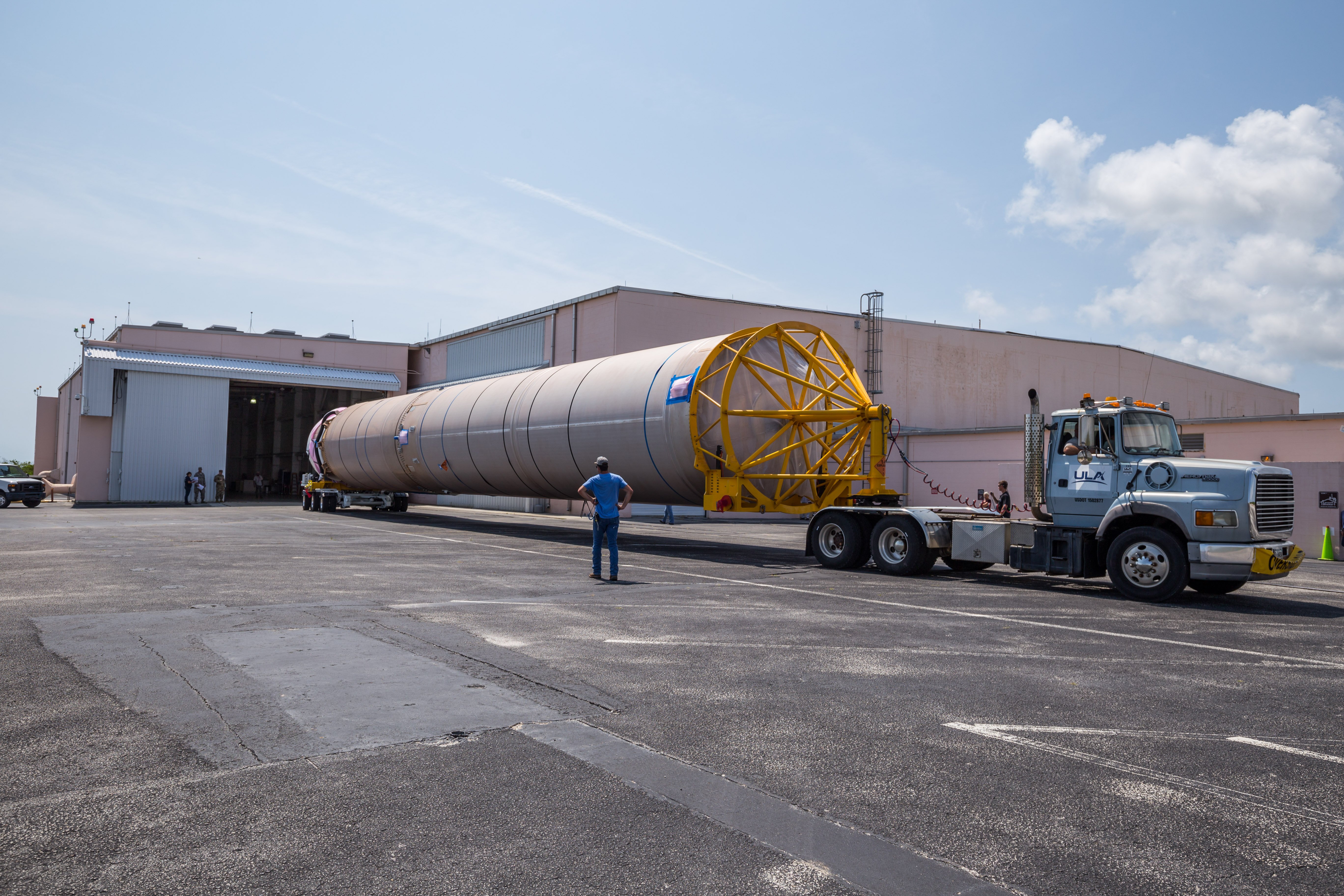 CFT will be the second Starliner flight following the uncrewed Orbital Flight Test (OFT) targeted to launch to the station in August. The rocket for OFT, tail number AV-080, was brought to the Cape last year.

Both flights are key elements of NASA's Commercial Crew Program that returns the capability of launching astronauts into orbit on American rockets from U.S. soil.

Atlas rockets safely launched four human spaceflights in NASA's Project Mercury between 1962 and 1963, including the historic voyage of John Glenn to become the first American to orbit the Earth. The legacy of Mercury-Atlas is the foundation for the Atlas V rocket to launch astronauts in Starliner.