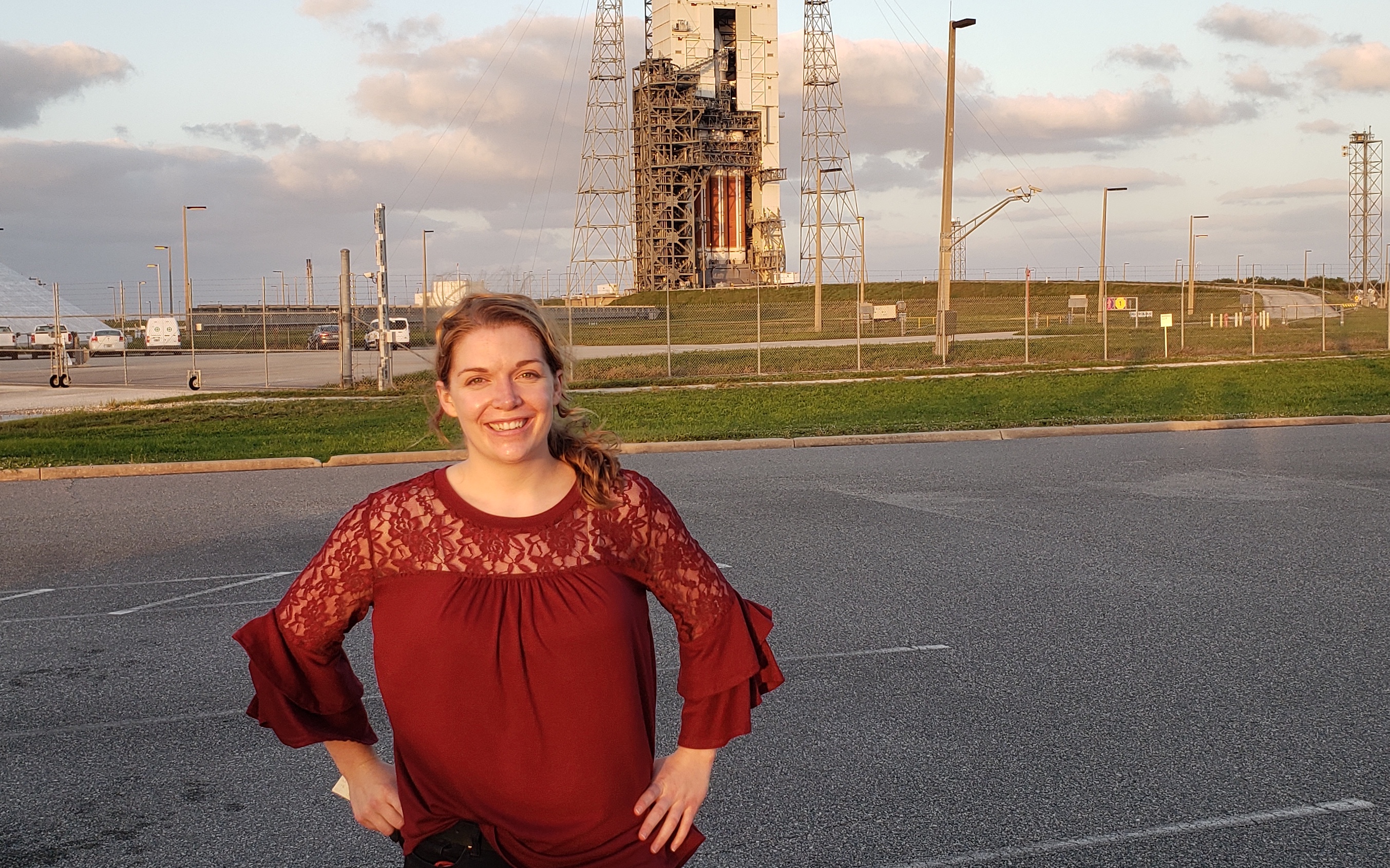 Bunnelle is responsible for shock and acoustic environments between the Atlas V 511 rocket and the two Geosynchronous Space Situational Awareness Program (GSSAP) spacecraft launching Jan. 21 for the U.S. Space Force's Space Systems Command (SSC). Her work is part of the Interface Control Document (ICD), a master document spelling out every requirement governing the launch.

ULA uses test data gathered on the ground and previous launches to determine the predicted environments that a payload will experience. For the rocket's acoustics, Bunnelle's team relies on earlier flight data from three microphones in the 5.4-meter (17.7-foot) payload fairing and scales it to the specific mission configuration based on the number of solid rocket boosters and trajectory parameters.

"Acoustic environment compatibility is a top priority for a customer. During the USSF-8 mission integration, we had some flight learning from our measured payload fairing microphone data that impacted the USSF-8 acoustic predictions," said Bunnelle. "A lot of my focus as dynamic environments mission integrator was communicating how the acoustic environment was changing due to the flight learning, supporting customer questions, and performing mission unique analyses." 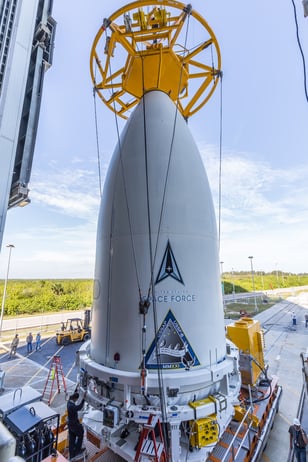 Satellite manufacturers design and build their products to meet certain acoustic environments and then test the hardware and systems once the components are assembled. During mission integration, Bunnelle's job is performing the assessment of a satellite's acoustic design for compatibility with the rocket's expected environments and advising on the payload's acoustic test plan.

"It is much better to break something on the ground than in flight!" said Bunnelle.

Satellites typically are acoustic tested in rooms with giant stacks of speakers around the spacecraft or in a reverberation room.

"These tests are a big deal – it's not something the customer wants to do more than once, so it's important to have the acoustic environment understood before the spacecraft goes into test," said Bunnelle.

"Acoustics was a watch item from the start of USSF-8 integration, so there’s a sense of accomplishment that we've worked through that with the payload team and are ready to launch!"

A graduate of Case Western Reserve University in Cleveland, Bunnelle double majored in aerospace and mechanical engineering and was a summer intern at ULA in 2015 within the structures group. She started full-time the following March in dynamic environments and later completed a Master's in mechanical engineering online while working at ULA.

As an artistic person at heart, Bunnelle likes to build and craft things. She oil paints, built a hutch, tin casted a Welsh love spoon, and even sewed her own dress for her wedding last July.