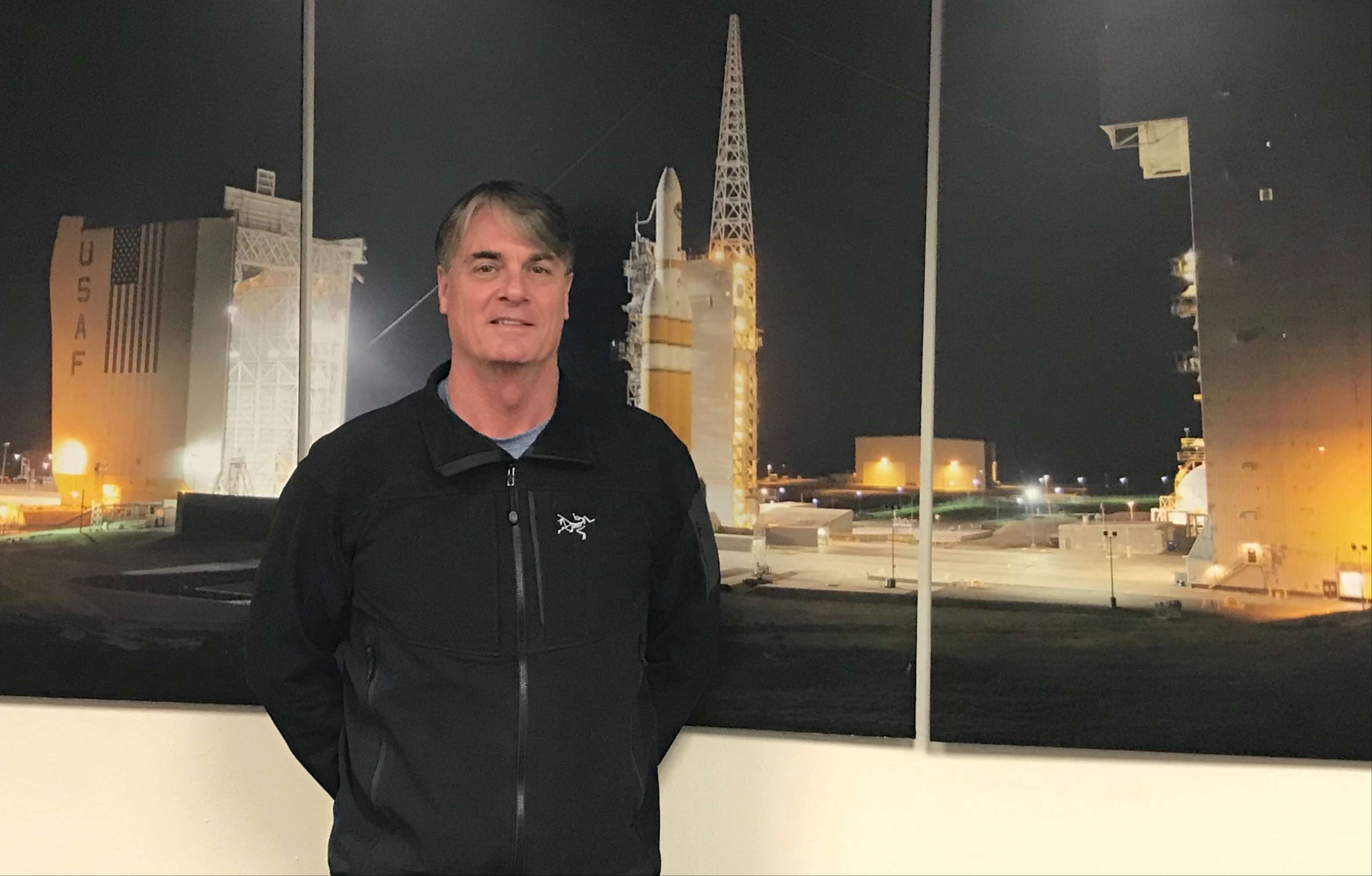 The son of an icon in the U.S. space launch business is blazing his own trail as a launch director at United Launch Alliance, a role he will serve for the upcoming Delta IV rocket launch of the U.S. Air Force's Wideband Global SATCOM (WGS)-10 mission.

Tom Heter III began his career in June 1987 as a technician working at Vandenberg Air Force Base in California preparing what was then envisioned as the final Delta rocket flight from Space Launch Complex-2. But what was supposed to be the final flight blossomed into 31 more years of launches from that historic pad, and Heter was there all the way to the end as the launch director for the concluding mission last September.

"The assignment was to last 18 months while we launched the last of the Deltas and worked to close down SLC-2, and here we are three successful decades later after modifying the complex to accept the larger Delta II. It was an honor and privilege to sit in the launch director position for the final Delta II mission -- NASA's ICESat-2. Now, I am working as the project manager for Delta II closeout at Vandenberg -- kind of bittersweet,” said Heter.

Raised on the Central Coast of California, Heter was connected to the space industry from the start. His father, Tom Heter II, worked a distinguished 45-year career on Atlas and Titan rockets before retiring in 2006 as Lockheed Martin's director of launch operations on the West Coast.

Despite father and son both launching rockets, they were working for different companies. While father Tom II was Lockheed Martin, son Tom III was Boeing.
Tom II's retirement came a few months before United Launch Alliance was formed and merged Lockheed Martin's Atlas and Boeing's Delta rocket programs together.
"My dad was a launch director back in the day when he and I were competitors, so we did not have a chance to sit on console together," Heter III says.

The younger Heter began training in 2015 to become a certified ULA launch director and ascended to that role for the first time on a commercial Atlas V mission in November 2016 that deployed the WorldView-4 Earth-imaging satellite from Vandenberg.

For the WGS-10 mission, Heter will be stationed in the Delta Operations Center at Cape Canaveral Air Force Station in Florida, a mere one-and-a-half miles away from the rocket at Space Launch Complex-37.

Being entrusted in such a critical job requires knowledge of processes and systems, information that is learned from peers, on-the-job-training and information sharing.

"Launch director training follows our standard approach that is used to certify all console positions," he said. "Incremental on-console learning and experience is established though observations, over-the-shoulder coaching and finally task execution from the primary position. The Integrated Crew Exercise and Mission Dress Rehearsal processes provide for additional exposure to the launch day environment plus a variety of issues and anomalies that are interjected to help hone the team interaction and real-time decision-making skills."

All of that work culminates as the rocket lifts off with its vital payload.
"It is knowing that you represent the hard work and dedication of all the ULA employees and suppliers that have contributed to the successful deployment of an important on-orbit asset for our customer."

Just like his father, who said at his final launch in 2005: "We're in the business of protecting the good ol' USA. Yeah, we don't wear the blue uniform but we're just as dedicated and just as proud. I don't know if other people that are not in the business can really feel that pride but it certainly runs rampant out here."

Tom III has two brothers and a sister, and their mother is a retired high school principal. His parents "were excellent role models and very supportive while we grew up in the Lompoc Valley with a very direct connection to the launch business," he said.

"I am married (33+ years) to my best friend Lorraine (soon to retire from teaching middle school) and have two beautiful daughters (Alexa-29 and Britni-26). My hobbies and interests include cooking, walking/hiking, golfing, traveling, most sports and spending time with anyone in my immediate or extended families."