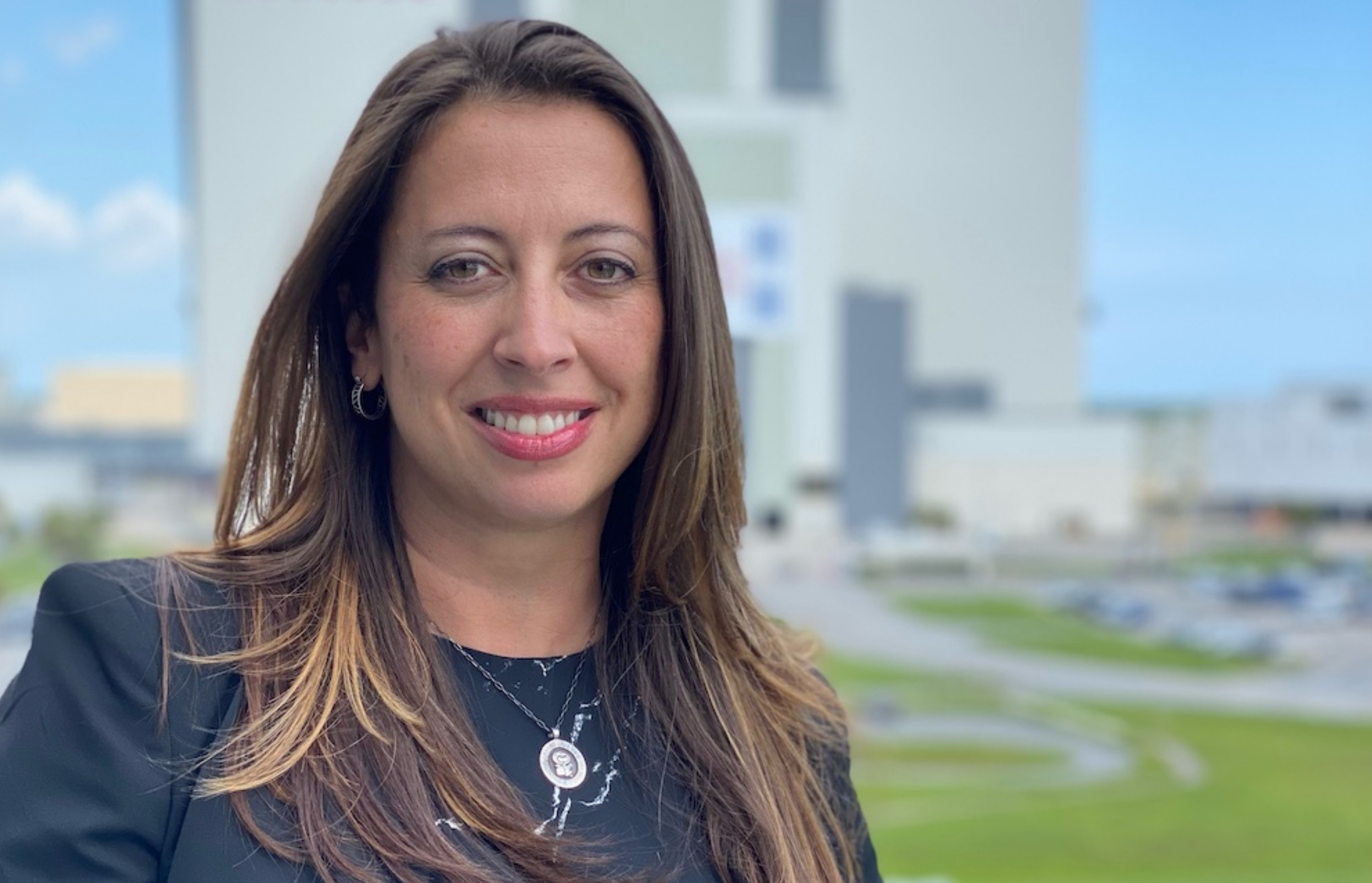 Stefania Moehring has been working for more than 9 years to ensure the United Launch Alliance (ULA) Atlas V rocket does its job safely and successfully to launch Boeing CST-100 Starliner spacecraft, sending astronaut researchers to the International Space Station.

"My work is first about keeping the crew safe, at any cost. If there is something that gives me concern, it is my job to bring it forward. When other engineers have questions about design changes, anomalies, etc., they know that they can bring it to me and I will talk through it to see if there's a risk to the crew," said Moehring.

"A human spaceflight culture is not owned by your human certification lead. It is everyone's job that we put crew safety first. We are very lucky to be part of an organization that wholly embraces this philosophy."

Joining the Commercial Crew effort in June 2012 as ULA's reliability lead during the early days to develop the program, Moehring was suddenly thrust into another role.

"The week after I started, the safety lead got moved to another program and I was put in charge of getting 26 hazard reports written and do a safety review within six weeks in order to meet a contractual milestone. At that review, an errant squirrel crawled into transformer and blew out the power within a ten block radius of the building. We started two hours late, and I'm still pretty mad about the squirrel," Moehring recalls.

"Eventually, I became the safety and reliability lead for Commercial Crew, which later expanded into working on the Interim Cryogenic Propulsion Stage (ICPS) for the Space Launch System (SLS) as well. I am now the human certification lead for both Commercial Crew and Artemis -- because why human rate one rocket when you can do two!"

Human certification is a role that Moehring must learn every detail about every system to convey that information to the customer.

"What human certification simply means is that you have to demonstrate why your system is safe for flying crew. In every 'hat' I've worn on Commercial Crew, I work with NASA to help them understand the reliability and excellence of the Atlas V systems," said Moehring.

"My job has been made simple just by the fact that I get to work with the best engineers in the industry. I see an Atlas V on Space Launch Complex-41, next to that gorgeous Crew Access Tower, and I see the people behind that system, not just the rocket parts."

In order to human rate the Atlas V, Moehring had to find out everything that could break a vehicle, including software, hardware, ground and airborne systems.

"I would sit with every engineer that I could to go through drawings, schematics, specifications, any piece of paper I could get my hands on to have them teach me the system. I figured out that once you really learn how something breaks, you start to learn how it works as well," said Moehring.

She also helped work on design and development of the Emergency Detection System (EDS) that allows Starliner to abort off the rocket to parachute back to Earth, the Launch Vehicle Adapter that connects the spacecraft to Atlas V, and the launch pad's Emergency Egress System (EES).

"I was the safety and reliability lead for a few years and then moved into a more project technical integration role as the human spaceflight chief engineer's deputy. I've spent a great deal of time out at White Sands during development testing and it was actually some of the most fun I've ever had in my career," said Moehring.

The EDS will be active during the Orbital Flight Test-2 (OFT-2) ascent into space Friday. Although it is an uncrewed test, the safety system will be operational to protect the spacecraft if a problem arises. ULA created the EDS to ensure the astronauts' safety on future Starliner missions.

"No one wants to think about a bad day, but it's important to design a reliable abort system that if it were to happen, you can get the crew away safely," said Moehring.

"The EDS is essentially a trimmed down flight computer reliably designed to react to a downstream condition faster than the blink of an eye. It uses the systems already in place for flying the rocket to determine if there's a downstream unsafe condition. What that means is that you do not want an abort system designed to react to a condition like an explosion, you want to get the crew away before there's an explosion. That's what EDS does."

During the Atlas V launch countdown for the OFT-2 mission this week, Moehring will be seated in the Atlas Spaceflight Operations Center (ASOC) at the HAL console.

"The Human Spaceflight Anomaly Lead (HAL) reviews anomalies to determine if there is any impacts to crew safety. You have a launch vehicle fully tanked and have people right next to the rocket during a time when we normally do not have anyone out at the pad. There are additional hazards that need to be taken into account that we normally wouldn't be concerned if there weren't personnel near the vehicle during this time," explained Moehring.

"The secondary role of HAL is to interact with Boeing and NASA on the integrated net to help answer questions and also provide any additional insights to anomalies that are addressed within the ULA hazard reports."

The ULA website will have live updates during Wednesday's rollout of the Atlas V rocket from the Vertical Integration Facility (VIF) to Space Launch Complex-41 and provide play-by-play countdown status from launch control in our live blog on Friday beginning at 3:30 a.m. EDT (0730 UTC). The launch webcast starts at 2 p.m. EDT (1800 UTC).

"It is very difficult to explain the feeling you have when you finally get to see your vehicle roll out of the VIF towards the pad. There are so many things that have to go right, so many hours by our technicians and engineers, until you finally get the words you've been working towards through all this time...Go Atlas, Go Centaur, Go Starliner," said Moehring.

Born in Evanston, Illinois, Moehring was raised in a small town in far west Texas called Fort Davis by her old world Italian grandparents. Her mother is from Colombia and father is from Italy.

"I am a first generation born American. I speak enough Spanish and Italian to be dangerous," Moehring joked.

She earned an economics degree from Florida State University and a master's degree in decision sciences with an emphasis in statistics from University of Colorado Denver.

"Generally speaking, if you ask me about my schooling, I'm a stats nerd."

Moehring is a recipient of the Silver Snoopy Award given by NASA astronauts for for outstanding performance, contributing to flight safety and mission success.

"The day I got my Silver Snoopy was one of the most humbling and proudest moments of my career. There are no good words to describe walking into a conference room filled with your friends at ULA, Boeing, NASA, and Tory Bruno at the front of the room with a big grin on his face," recalls Moehring.

"I had no idea what was going on and then I saw a poster with my name and that I had gotten a Silver Snoopy, I just broke down and cried. There are so many moments that hit you at once, and all you can do is feel this incredible gratitude for the million moments that people have contributed to teach, mentor and work with you to get to that point.

"Even to this day (four years later), I still get choked up every time I think about that morning. I would not have that Silver Snoopy if it wasn't for the extraordinary people I work with every day."