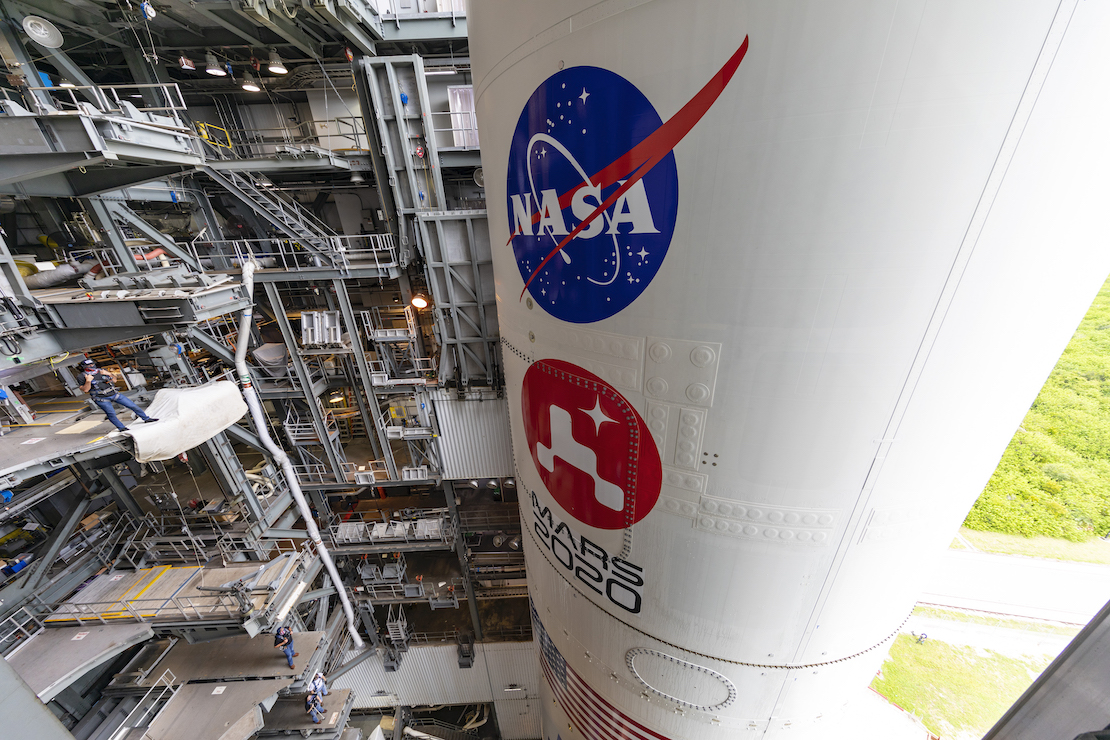 NASA's Mars 2020 mission featuring the Perseverance rover and Ingenuity helicopter is on final approach to arrive at the red planet for landing Feb. 18, capping a 293-millon-mile journey at began atop a United Launch Alliance's Atlas V rocket.

Mars 2020 marks America's 20th trip to the red planet, and every one of them has been launched by us. ULA and our heritage rockets have built a legacy of launching all U.S. missions to Mars, beginning with the early probes of the 1960s that flew by and beamed back humanity's first up-close glimpse of the planet to today's sophisticated rovers that investigate whether the world was once habitable.

The Perseverance rover will explore an ancient river delta in Jezero Crater to study what the planet was like in its ancient history, seek signs of past microbial life, collect and store samples of selected rock and soil for future return to Earth, and prepare for future human missions. It will also deploy the Ingenuity helicopter, a technology demonstration to prove that powered flight can be achieved on Mars.

The primary goal of the mission is determining whether life ever existed on Mars. Scientists believe evidence of microbial life may be preserved in Jezero, which holds rocks and minerals that could only form in water, and Perseverance is the first rover mission designed to discover signs of past life.

The Atlas V rocket has been entrusted with five launches to Mars, including the Mars Reconnaissance Orbiter in 2005, the Mars Science Laboratory featuring the Curiosity rover in 2011, the MAVEN atmospheric research orbiter in 2013 and the InSight geophysical lander in 2018.

On Feb. 18, the spacecraft will perform the intense entry, descent, and landing that begins by hitting the top of the Martian atmosphere at 12,100 mph. Just seven minutes later, the rover will put its six wheels on the surface at 3:55 p.m. EST.

The Perseverance landing will be especially difficult because the rover is will face the most challenging terrain ever targeted by a robotic spacecraft. Jezero Crater is a 28-mile-wide impact basin with steep cliffs, sand dunes, boulder fields, and smaller impact craters.

A successful landing of Mars 2020 will continue the decades-long pursuit of knowledge about the celestial neighbor in the sky that has instilled a sense of wonder for ions and, today, beckons for humans to explore.

That thirst for information started with the very first successful U.S. mission Mars, called Mariner 4, that launched from Cape Canaveral aboard an Atlas LV-3 Agena-D rocket in 1964. That was followed by the historic voyage of Mariner 9, launched by Atlas-Centaur in 1971, and became the first artificial satellite of Mars by entering orbit around the planet.

In all, 19 successful missions have started with a ULA or heritage rocket sending spacecraft to Mars. Perseverance and Ingenuity are nearing their destination to begin exciting new adventures.