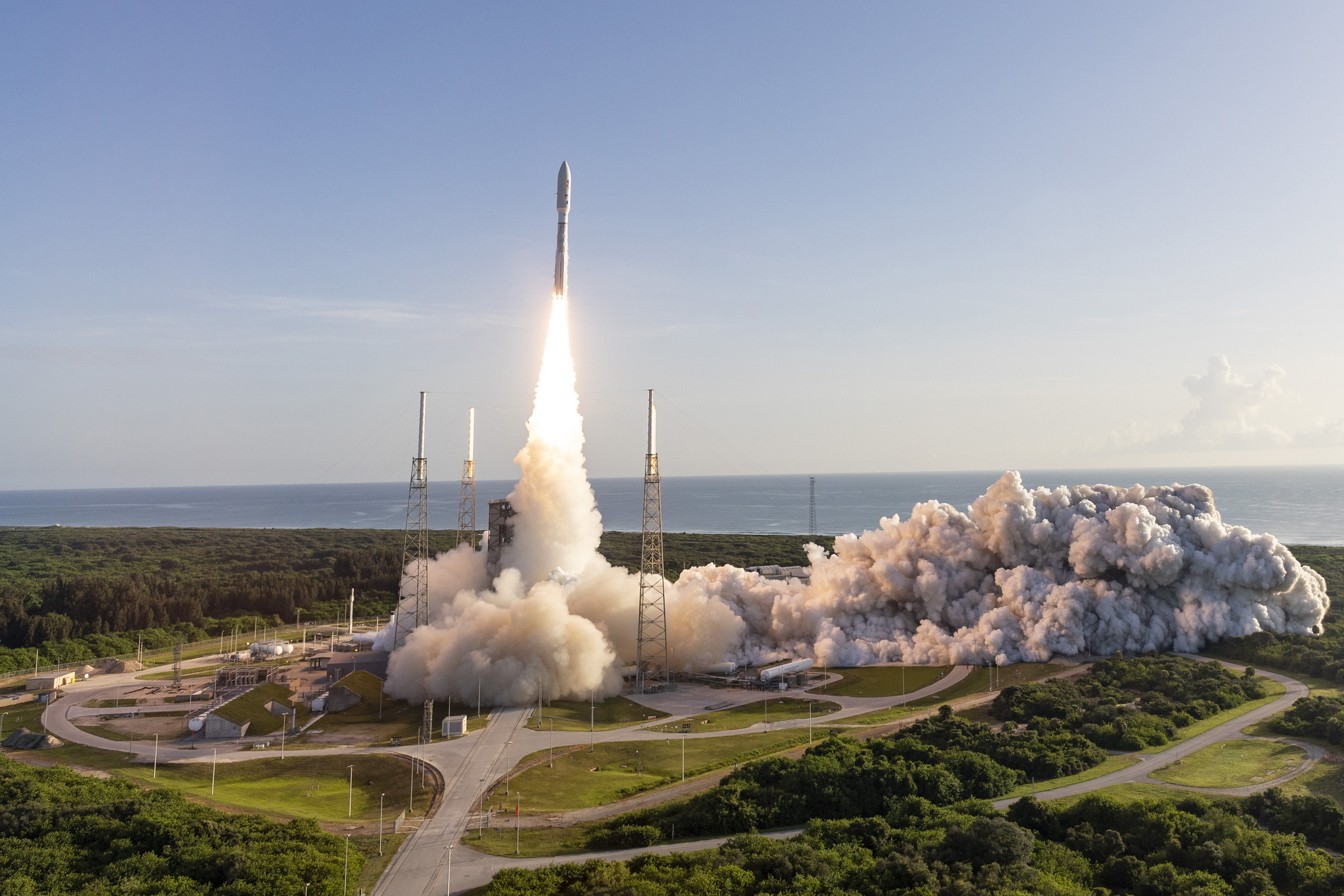 A United Launch Alliance (ULA) Atlas V rocket carrying the Mars 2020 mission with the Perseverance rover for NASA, lifted off from Space Launch Complex-41 on July 30 at 7:50 a.m. EDT.

ULA and its heritage rockets have launched every U.S. led mission to Mars, beginning in the 1960s. The launch of this mission marks ULA’s 20th trip to the red planet and the 85th successful launch of an Atlas V rocket. The Atlas V has previously launched four missions to Mars, including the Mars Reconnaissance Orbiter in 2005, the Curiosity rover in 2011, the MAVEN orbiter in 2013 and the InSight lander in 2018.

“Thank you to the ULA team and our NASA mission partners for diligently working through an ever-changing environment to successfully launch this historic mission,” said Gary Wentz, ULA vice president of Government and Commercial Programs. “The complexity of the Mars 2020 mission proves ULA’s acceptance of the most challenging launch requirements and we work together with NASA to achieve them. Our guidance accuracy for interplanetary missions is unmatched, and the Atlas V is the only vehicle certified to launch payloads with nuclear power sources.”

Relive the countdown and launch in our Mars 2020 Launch Blog!