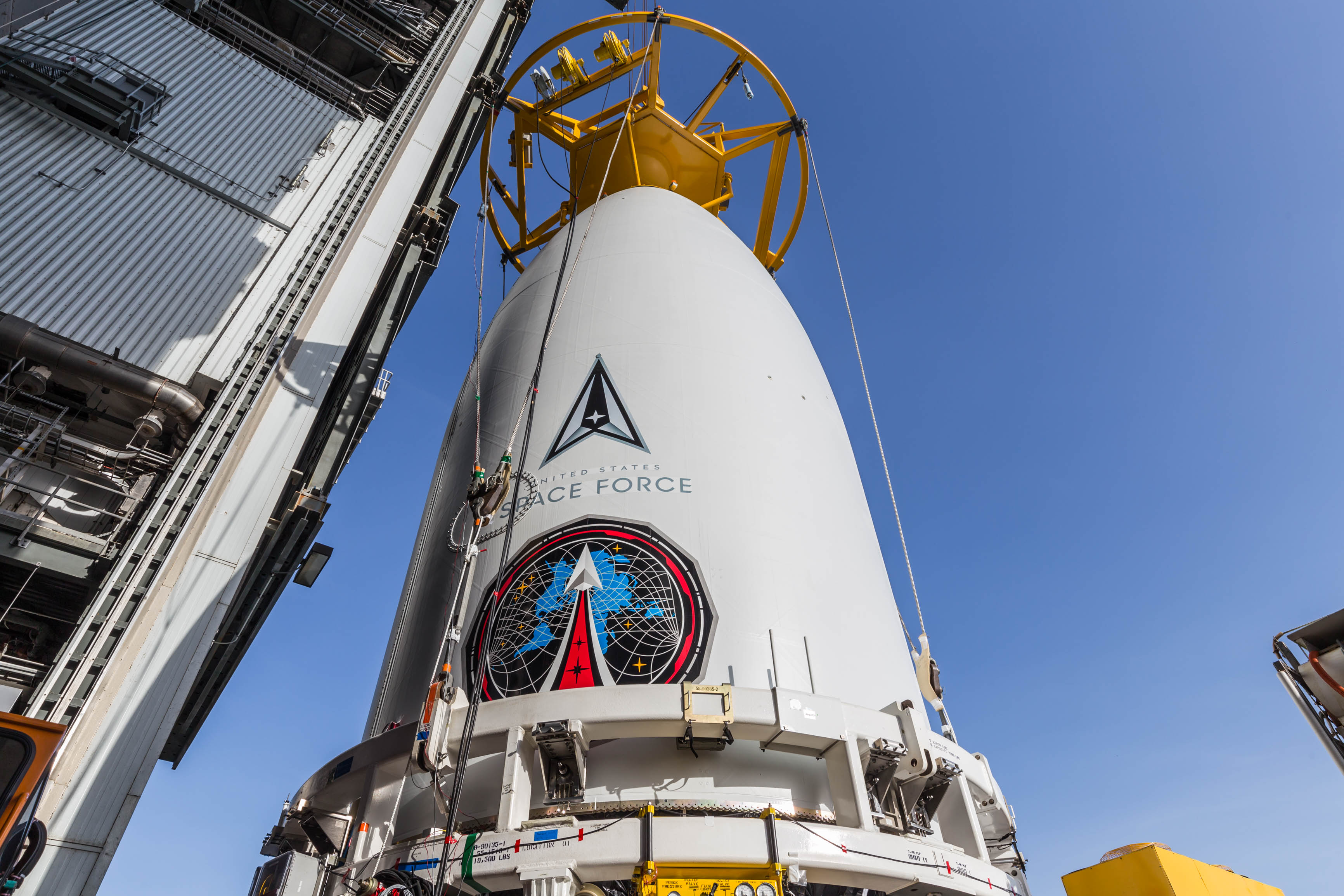 The USSF-12 mission consists of two spacecraft that Atlas V will deliver to geosynchronous orbit. Photo by United Launch Alliance

The Wide Field of View (WFOV) Testbed satellite and a Space Test Program (STP) payload were lifted atop the Atlas V for attachment to the Centaur upper stage this morning at the Vertical Integration Facility (VIF). The 30-story building is where Atlas V rockets are assembled and tested before rollout to the nearby launch pad. 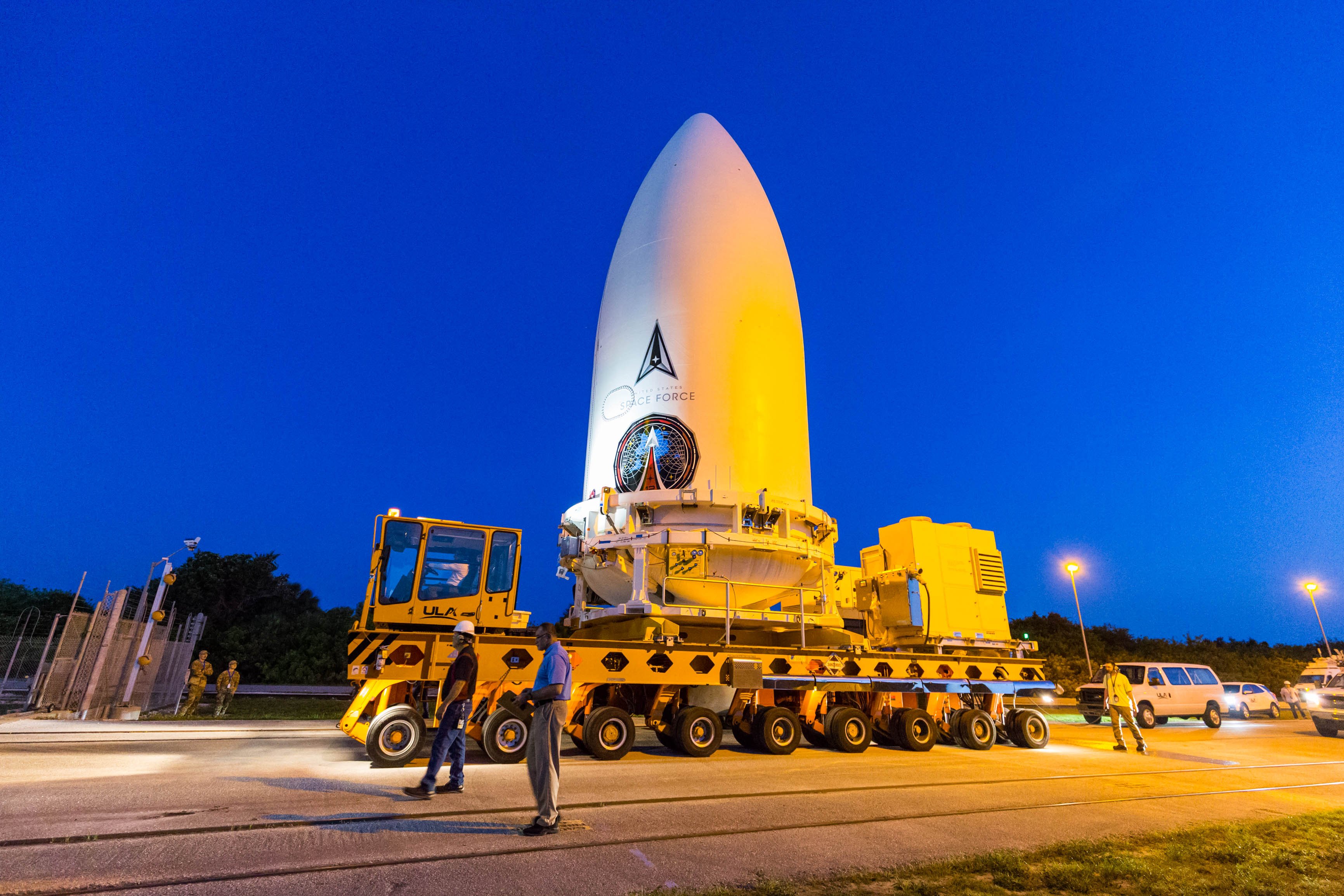 The encapsulated satellites, with WFOV in the upper position of the stack, will ride the Atlas V directly to geosynchronous orbit approximately 22,000 miles (36,000 km) above the equator. It will take nearly 6 hours to get there and require three separate burns by the Centaur.

The ULA-developed In-Flight Power System (IFPS), which debuted on the STP-3 mission last December, will be used again to supply auxiliary power to WFOV during the long ascent. Without the system, the satellite would rely upon the pre-launch battery charge until its power-generating solar arrays are unfurled sometime after separating from the launch vehicle; however, IFPS will keep the batteries fully charged throughout the ride to geosynchronous orbit and deploy the satellite in the best condition possible to ensure a successful mission.

The spacecraft will test technologies for future missile warning satellites in the Space Force's Overhead Persistent Infrared (OPIR) mission. The testbed will inform the next generation systems by demonstrating new capabilities to detect threats to the U.S. and our allies and keep pace with adversary advancements.

WFOV was built by Millennium Space Systems, a Boeing Company, on the AQUILA M8 bus and features the Wide Area Six-degree Payload (WASP) infrared staring sensor built by L3Harris Technologies. The mission is sponsored by the SSC and managed by NASA's Ames Research Center. 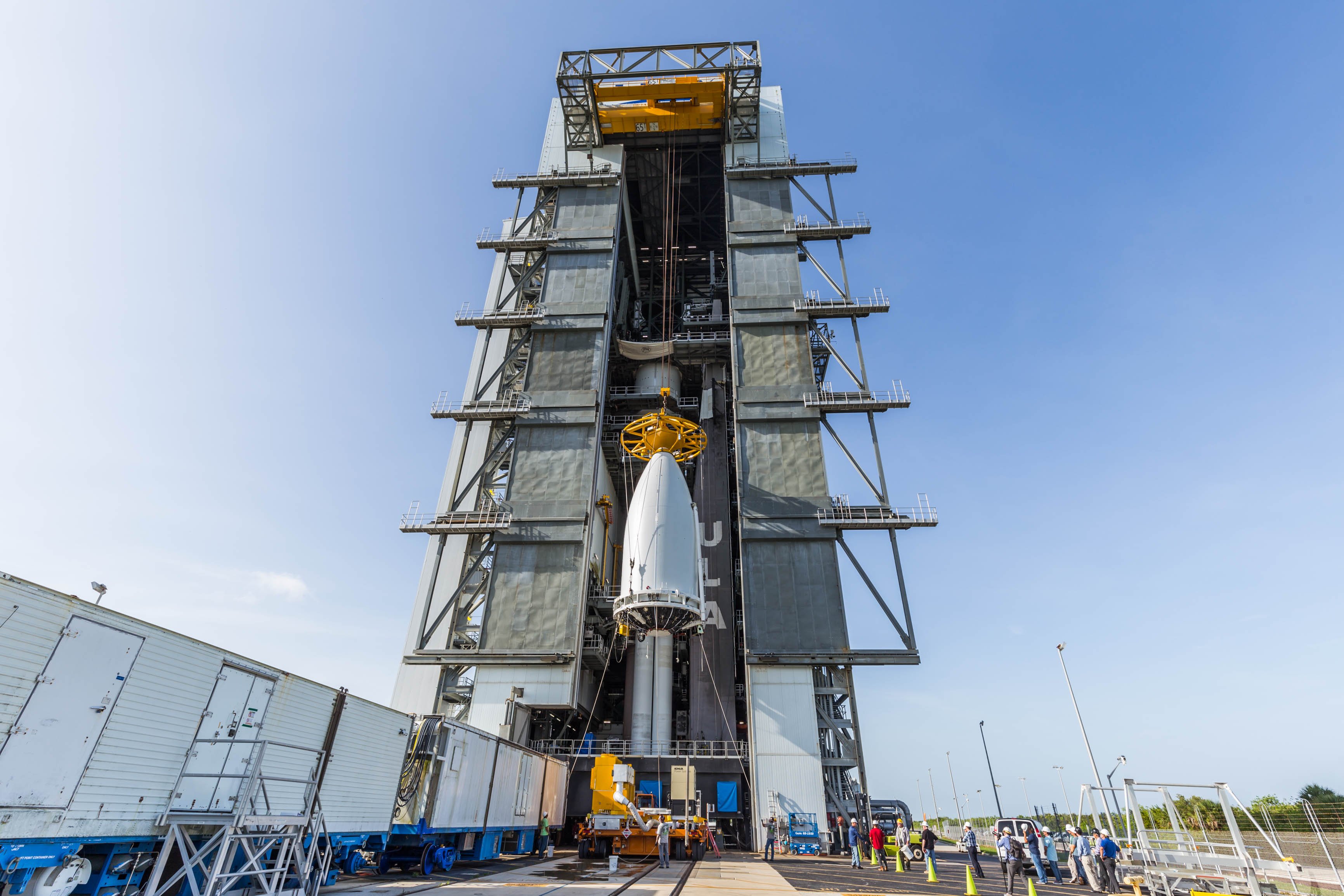 Coming off the launch pad on 2.3 million pounds (10.44 mega-Newtons) of thrust from the main engine and four side-mounted solid rocket boosters, Atlas V will fly due east across the Atlantic Ocean. The solids burn out and jettison within two minutes and the rocket climbs beyond the edge of space by three-and-a-half minutes to separate the 68-foot-long (20.7-meter), 17.7-foot-diameter (5.4-m) payload fairing.

The first stage reaches a top speed in excess of 12,500 mph (22,000 kmph) before separating to allow the Centaur to ignite for the first burn. That initial firing lasts just over 6 minutes, powering the upper stage and payloads to orbital velocity and achieving a preliminary orbit

After a brief coast period, Centaur will conduct its second burn lasting five-and-a-half minutes above the equator to accelerate into a standard, highly elliptical geosynchronous transfer orbit. Once the burn is complete, the upper stage settles into a quiescent state to drift away from Earth for more than five hours. The third Centaur maneuver serves as a circularization burn to raise the low point of its orbit to equal the highest point at geosynchronous altitude and reduce its orbital inclination to zero. This puts the rocket and payloads in an orbit that matches the planet's rotation to fly in lock step with one area of the globe.

WFOV is the first payload to separate from Atlas V at T+plus 5 hours, 49 minutes after liftoff. A small adapter that enables the two satellites to share the ride on the same rocket is ejected a short time later. The STP payload then separates at T+plus 6 hours, 5 minutes to complete ULA's 151st mission and our 94th in service to national security.