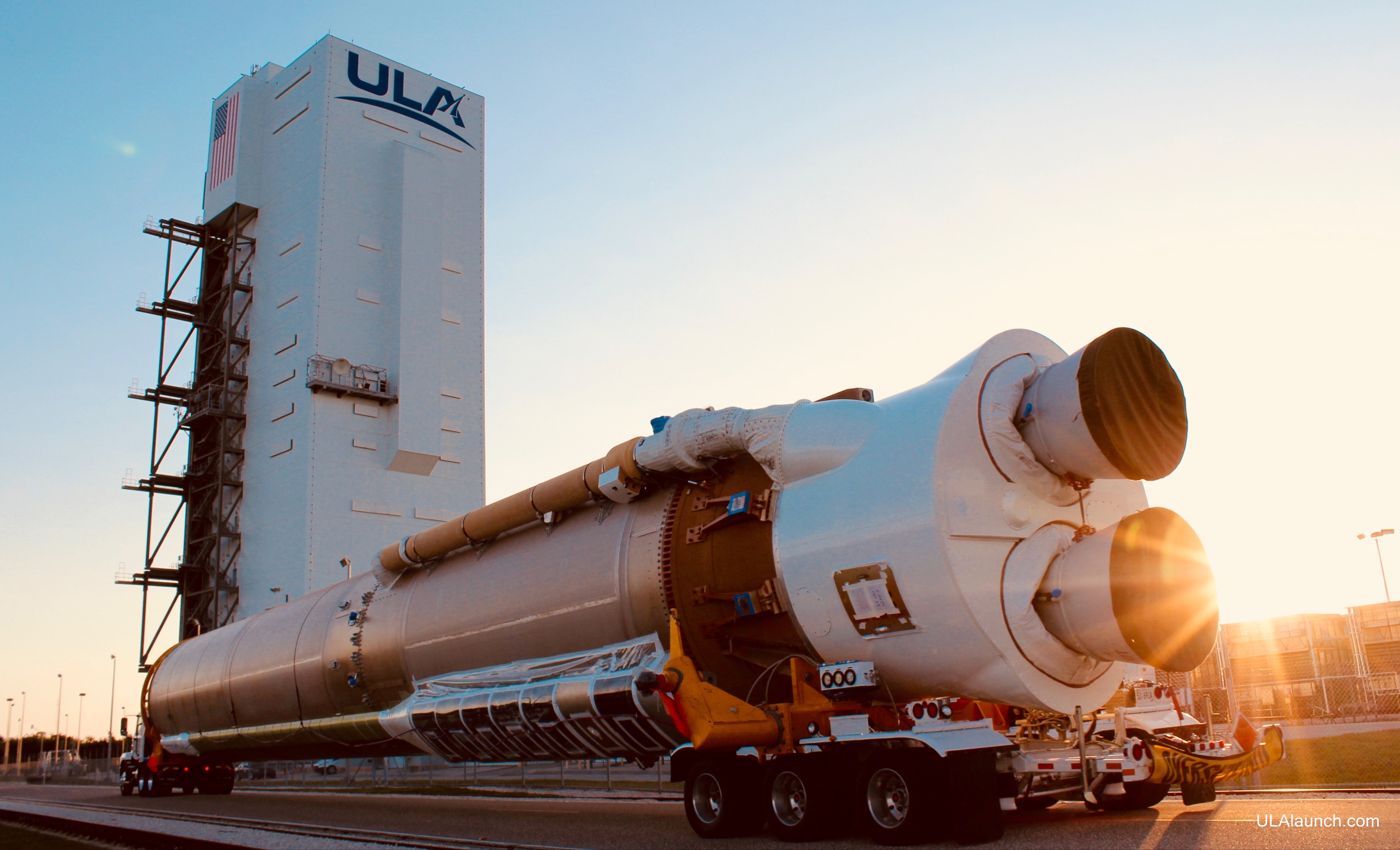 United Launch Alliance has begun stacking the Atlas V rocket for its summer mission to carry a national security satellite into space for the U.S. Air Force Space and Missile Systems Center.

On Friday, May 17, the Atlas V first stage was hoisted aboard the mobile launch platform (MLP) at the Vertical Integration Facility (VIF) adjacent to Space Launch Complex-41 at the Cape to launch the fifth Advanced Extremely High Frequency (AEHF-5) protected communications satellite in June.

The event is known as LVOS, or Launch Vehicle on Stand, and signifies the start of final pre-flight processing of a rocket for its flight into space.

This was the 65th Atlas V to undergo LVOS at Cape Canaveral.

The operation began with the stage being driven to the VIF from the Atlas Spaceflight Operations Center (ASOC), which housed the Atlas since it arrived from the factory a month ago. Cranes carefully picked up the 107-foot-long stage, turned it upright and then maneuvered the rocket through the VIF doorway to the waiting MLP. 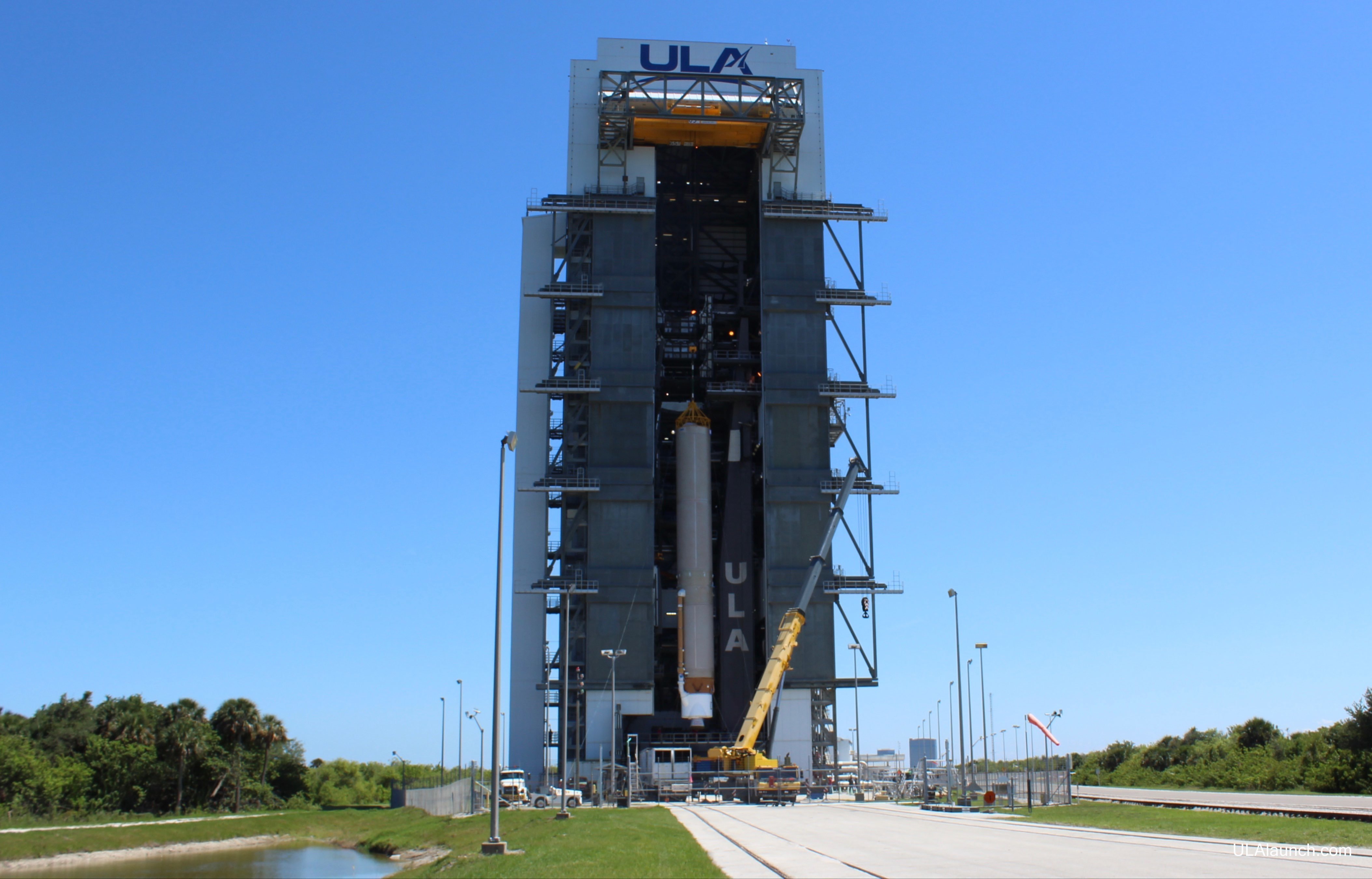 The Atlas V first stage will hold the 25,000 gallons of RP-1 kerosene fuel and 49,000 gallons of liquid oxygen to feed the RD-180 main engine during the initial four-and-a-half minutes of the rocket's ascent.

The coming weeks will see the five solid rocket boosters (SRBs) brought to the VIF one-by-one and attached to the sides of the first stage, the Centaur upper stage will be hoisted atop the rocket and then the AEHF-5 spacecraft payload gets mounted on the Atlas V.

The fully-assembled, 197-foot-tall rocket will be transfered aboard the MLP the one-third-of-a-mile from the VIF to the launch pad for the countdown and liftoff.