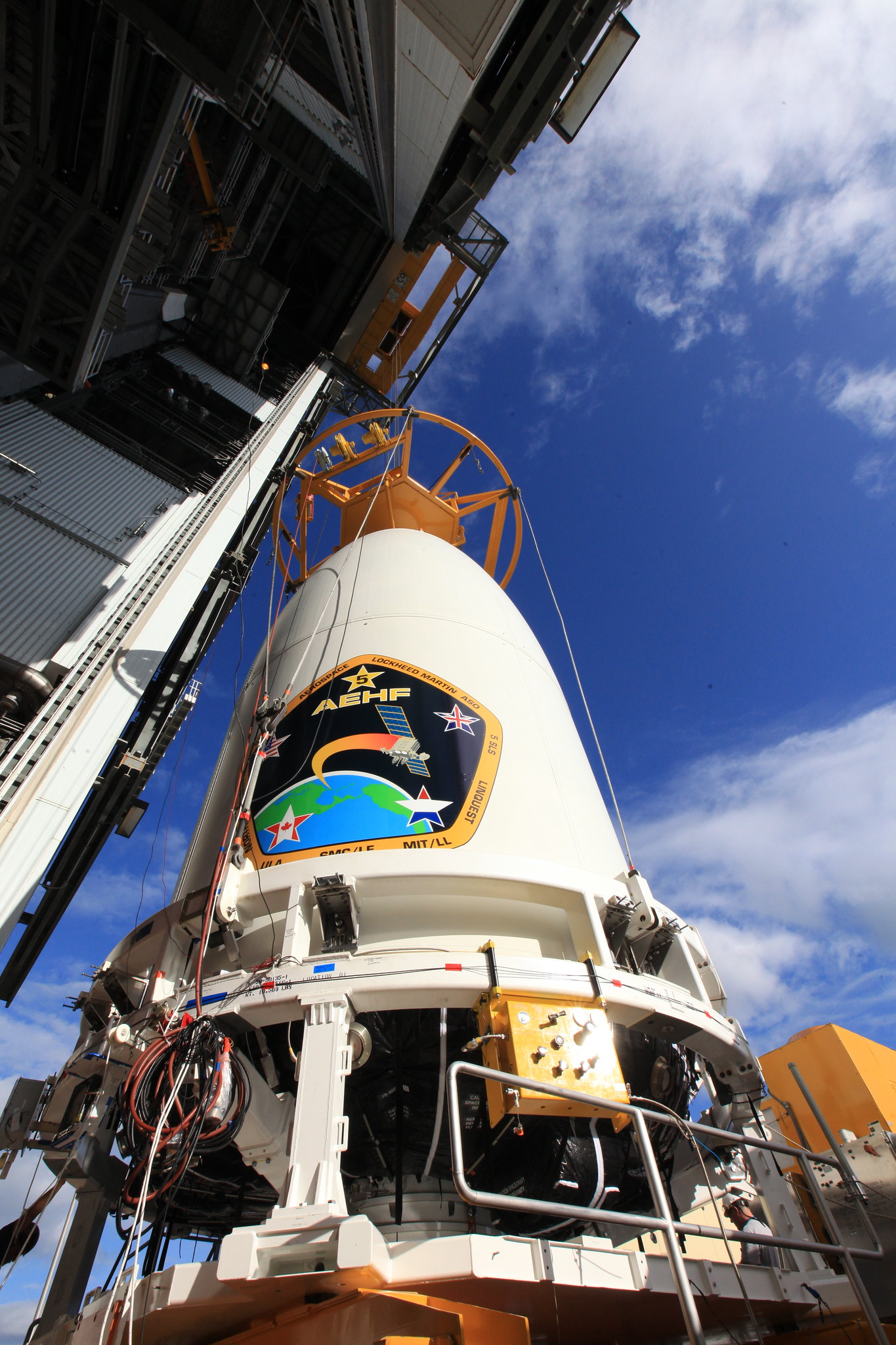 The encapsulated AEHF-5 satellite was hoisted atop the Atlas V rocket. Photo by United Launch Alliance

The 80th Atlas V rocket has been topped with its sophisticated payload, the U.S. Air Force Space and Missile Systems Center's fifth Advanced Extremely High Frequency (AEHF-5) spacecraft that will provide an unbreakable line of communications to the nation's warfighters.

The operations began in the predawn hours as AEHF-5 was transported from its processing facility to Space Launch Complex-41 and parked at the doorway of the VIF.

Crews attached the heavy-duty overhead crane to the payload and deftly hoisted it into the assembly building for connection to the launcher, completing the vertical integration.

AEHF-5 was encapsulated within the payload fairing at its offsite processing facility. The composite shroud measures 18 feet (5.4 meters) in diameter and 68 feet (20.7 meters) long, and protects the satellite during atmospheric ascent.

The fairing features the AEHF-5 mission logo designed by the Air Force. The emblem includes the national flags of the U.S., Canada, the Netherlands and the United Kingdom, all partners in the AEHF program.

The Integrated Systems Test (IST) will be conducted next to verify the electrical connectivity between the Atlas V and its payload. Final closeouts of the compartments of the launch vehicle will follow.

The AEHF satellite constellation is designed to keep communications flowing between the military and civilian leadership in any extreme wartime environment. AEHF-5, like its predecessors, was built in a collaboration between Lockheed Martin and Northrop Grumman to route communications to strategic and tactical users.