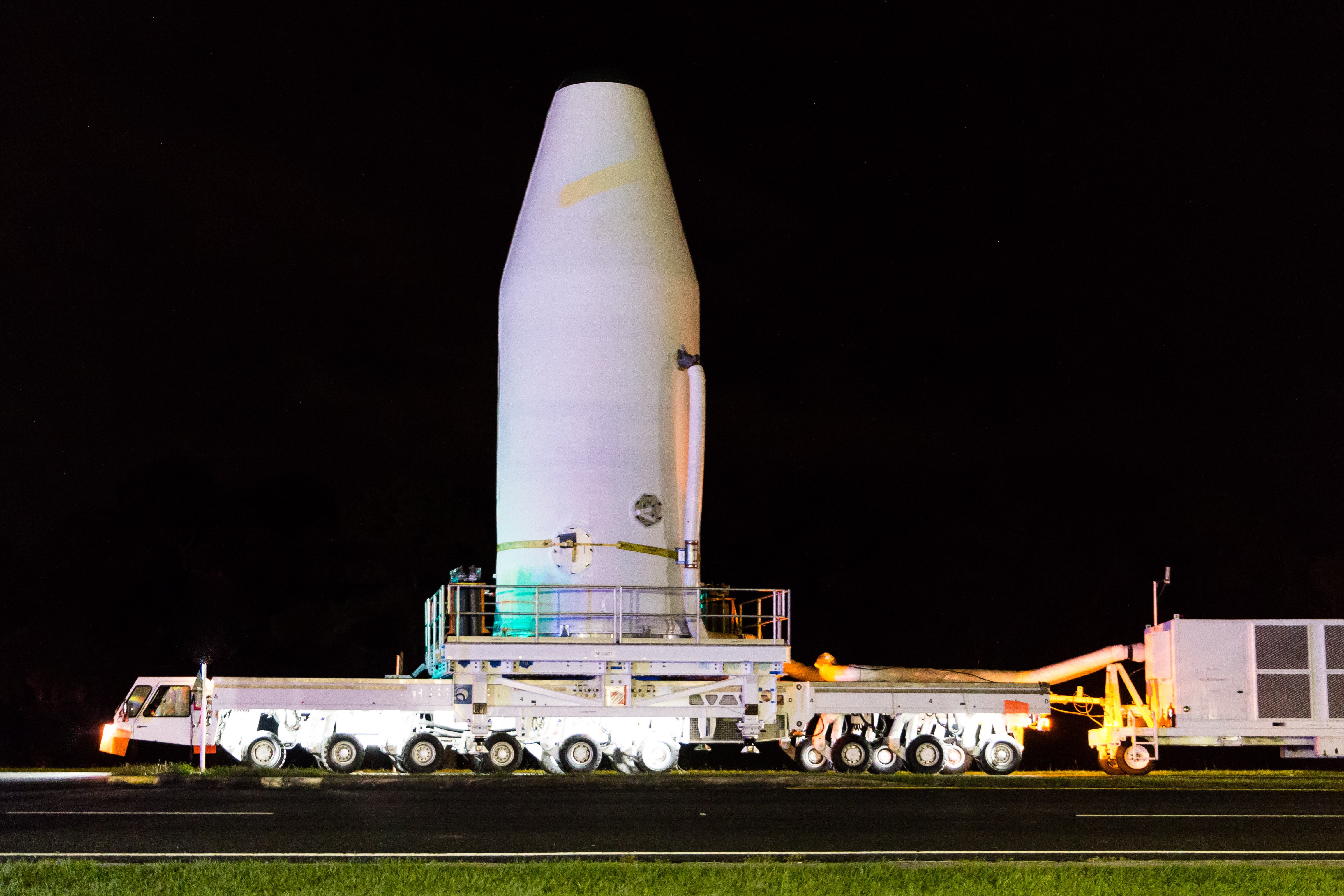 The U.S. Air Force Space and Missile Systems Center's GPS III SV02 spacecraft, dubbed Magellan in honor of the Portuguese explorer who led the first expedition to circumnavigate the Earth, was moved overnight this week from its processing facility to the seaside launch pad at a top speed never exceeding 5 mph.

The payload, already encapsulated in the 4-meter-diameter composite payload fairing, was hauled by a motorized KAMAG Elevating Platform Transporter (EPT) that provided hydraulic leveling and precision positioning capabilities along the route. The EPT also towed a Portable Environmental Control System (PECS) trailer to supply conditioned air to the payload fairing during the trip.

Once parked in the hoistway on the backside of the Mobile Service Tower (MST), technicians used the crane system in the gantry the next morning to carefully lift the satellite onto the Delta IV rocket's second stage to complete a successful vertical integration of the launch vehicle and payload. The fully-assembled rocket now stands 207 feet tall. 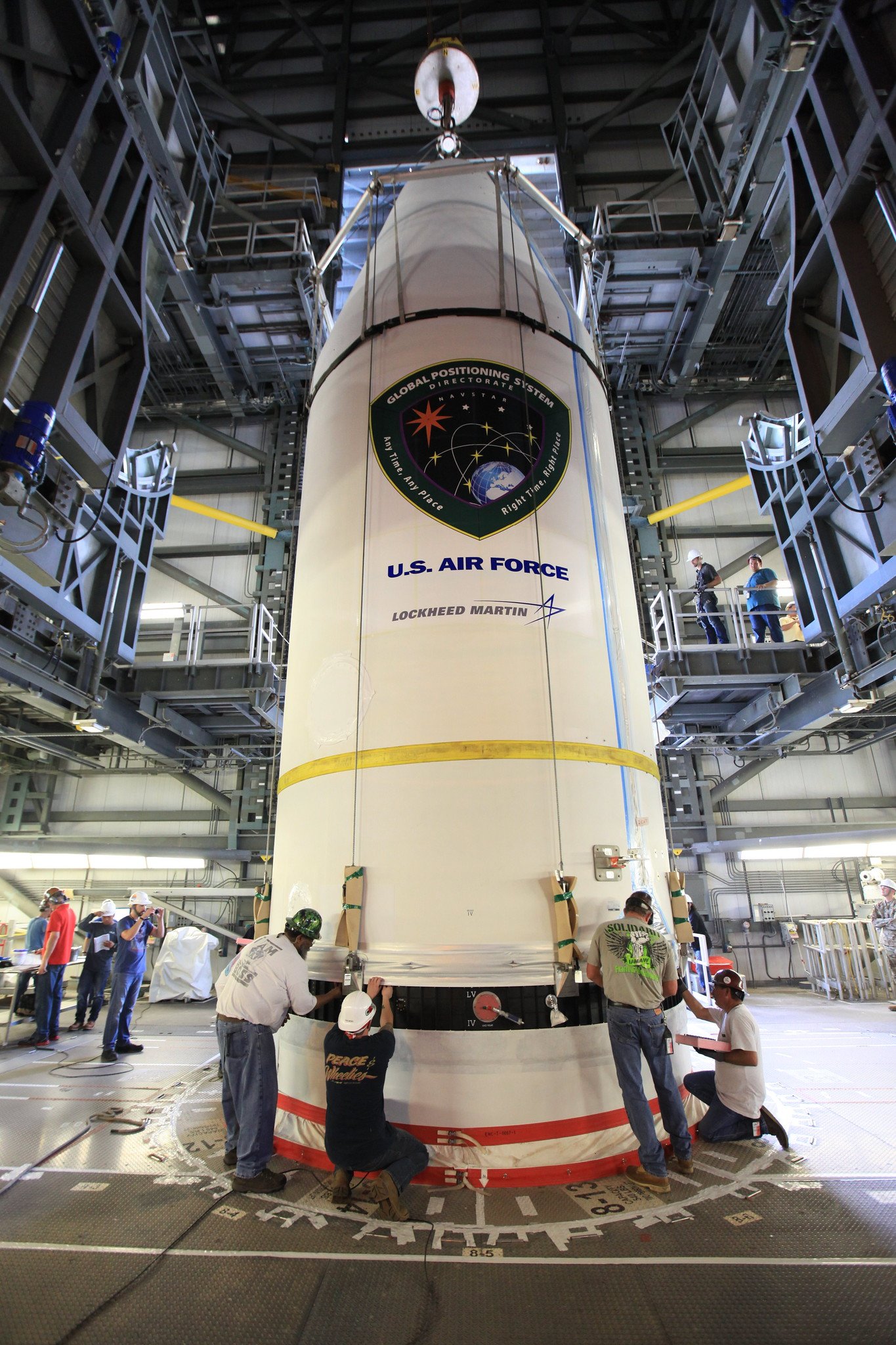 A payload's installation on the rocket signals a major milestone in the final launch campaign after years of diligent work by the spacecraft and launch vehicle production teams, engineers and specialists to prepare a new national asset to be boosted into orbit.

A tip-to-tail electrical test of the combined payload and launch vehicle will occur next, an operation known as the Integrated Systems Test (IST).
Once that is completed, the comprehensive process to verify flight readiness will begin in parallel to final vehicle closeouts for the launch targeted for Aug. 22 at 9 a.m. EDT (1300 UTC).

GPS is a network of orbiting satellites that provide precision navigation and timing services to the U.S. military and civilian users around the world. The Lockheed Martin-built GPS III spacecraft possess improved accuracy, better anti-jamming and a longer design life than previous satellite generations.

ULA and our heritage rockets have successfully launched 70 GPS satellites since 1978.