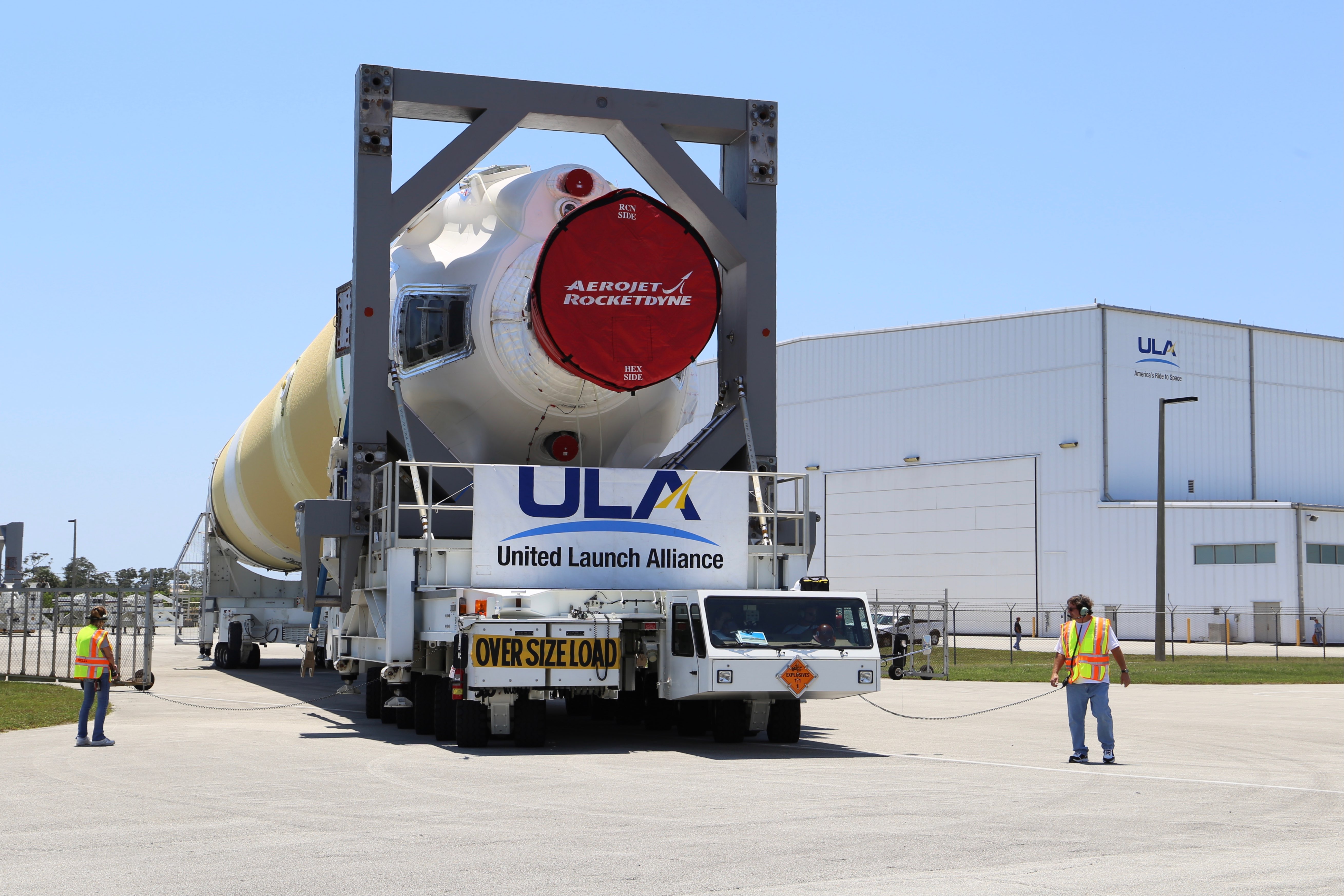 The rocket that will launch Magellan rolled out of the Horizontal Integration Facility (HIF) aboard a 36-wheel, diesel-powered transporter on Tuesday, May 28 and traveled down the road to the Space Launch Complex-37. The trip took just 40 minutes. 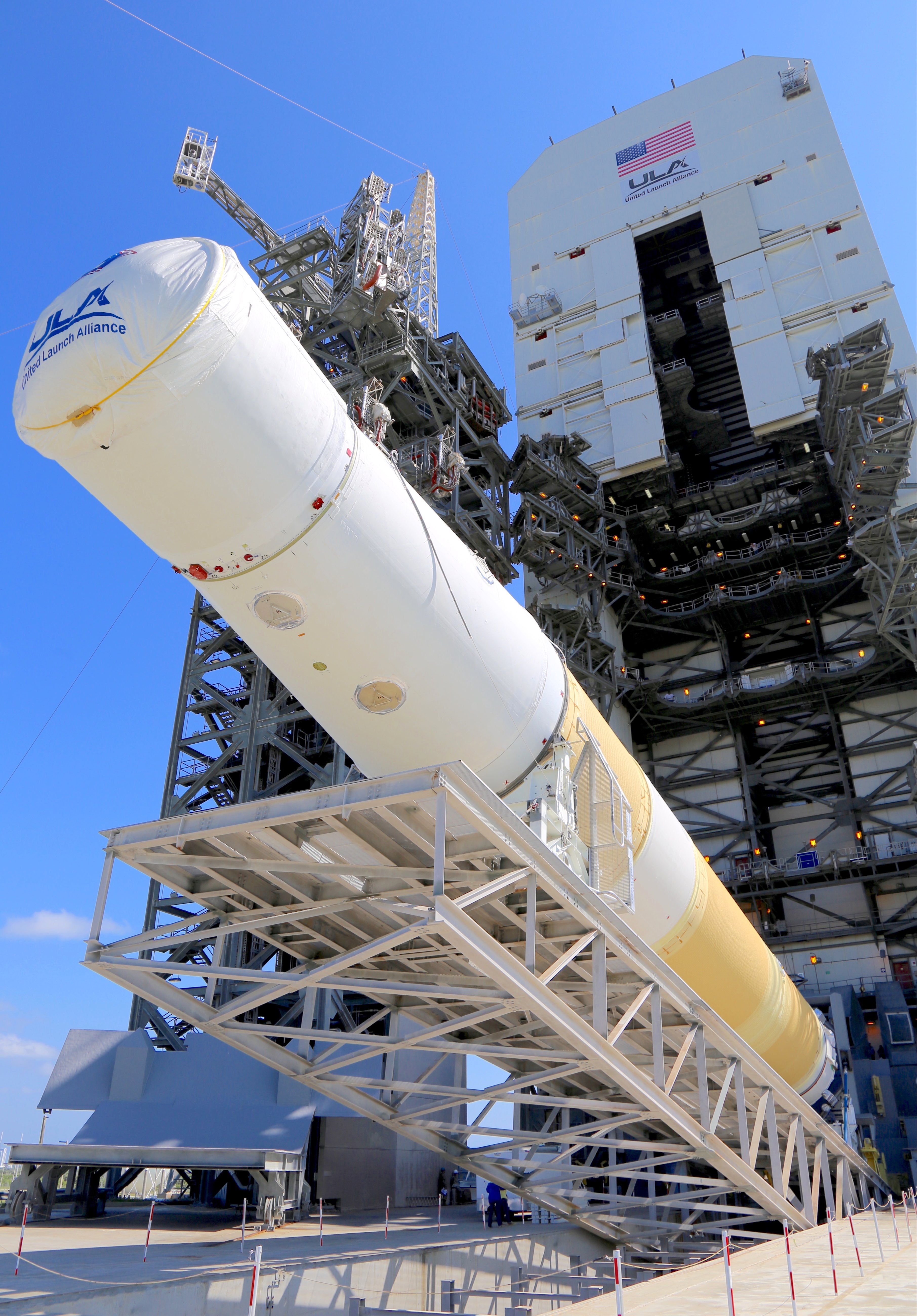 The fixed pad erector (FPE) hydraulically raised the rocket upright on the pad the next morning, May 29, accomplishing the milestone known as Launch Vehicle on Stand, or LVOS.

Two solid rocket motors (SRMs) that will help power the Delta IV off the pad were mated to the first stage on Friday, May 31 and Monday, June 3 to complete the initial assembly of the launch vehicle. The payload will be mounted atop the Delta IV closer to launch.

Each of the Graphite Epoxy Motors measures 60 inches in diameter and is 53 feet in length. Known as GEM-60s, both boosters will deliver over 550,000 pounds of thrust to augment the more than 705,000 pounds of thrust produced by the RS-68A main engine to power the Delta IV rocket skyward.

The SRMs and have flown 66 times to date on Delta IV rockets. This launch will mark the final flight of GEM-60s by the Delta IV program.

In preparation for LVOS, the Delta IV arrived at Cape Canaveral Air Force Station last November from the ULA factory in Decatur, Alabama. The common booster core first stage and the Delta Cryogenic Second Stage underwent checkout, then the two stages were then mated in April at the HIF in preparation for rollout to the pad.

This particular rocket configuration is known as the Delta IV Medium+ (4,2) version and features a four-meter-diameter upper stage and two SRMs.

It is the most-flown of all the Delta IV Mediums, having performed half of the launches. The Medium family has provided a range of launch vehicle capabilities for the mass and orbit requirements of individual payloads.

In addition, three Mediums flew with no SRMs at all, three others used the larger five-meter upper stage and two SRMs and 8 flights incorporated a full set of four SRMs for maximum power of the Medium variant.

While the single-stick Delta IV Medium will soon launch for the final time, the triple-core Delta IV Heavy has several more flights booked on the manifest in the coming years in service to the U.S. national needs.

United Launch Alliance is developing the new Vulcan Centaur, a purpose-built rocket that will provide a modernized and affordable national security space launch solution to replace and expand the capabilities that the Delta IV and Atlas V rocket families have offered.

NROL-44: Delta IV Heavy rolls out to the pad