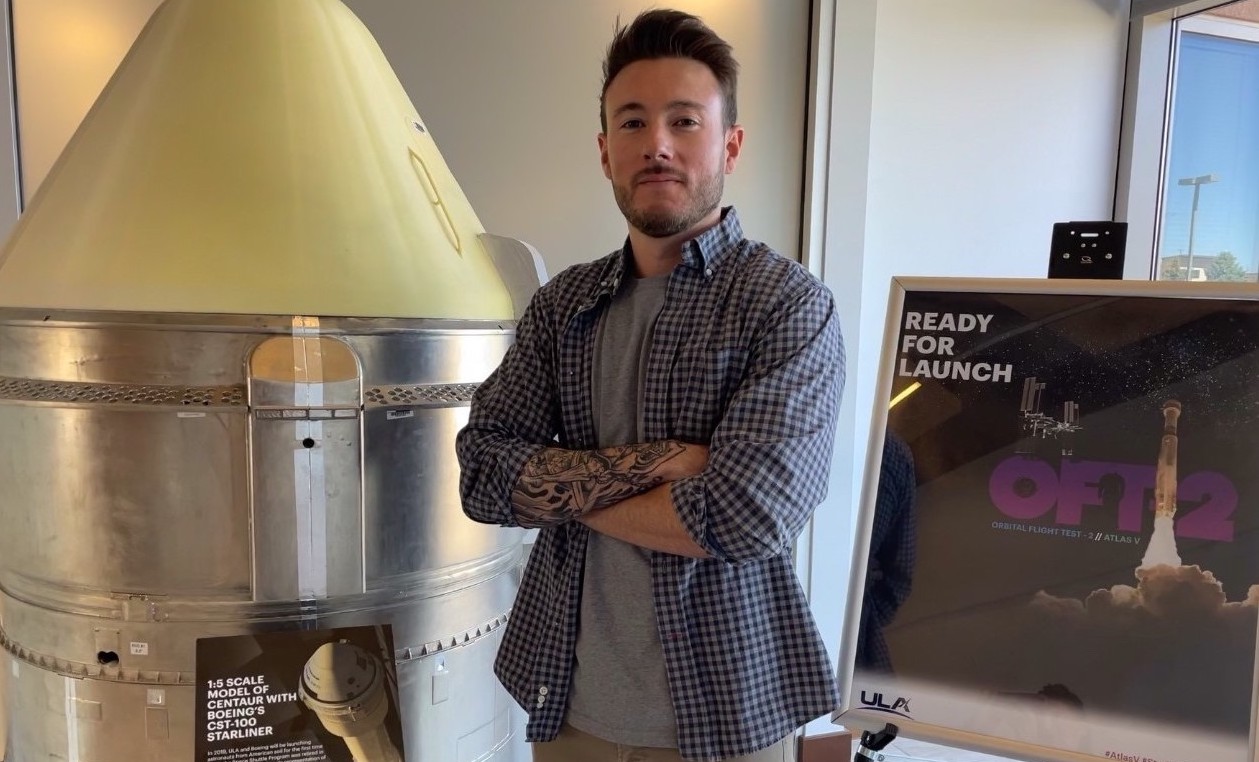 "I feel very fortunate to say I am working my dream job. I am directly involved with both launching astronauts on an Atlas V, as well as getting us back to the Moon," said Joshua Bailey, the EDS certified responsible engineer (CRE).

"The position is very rewarding, and I am very passionate about the responsibility I have been given in support of these feats. We are on the edge of the next big milestone in human history and to be directly involved is humbling to say the least."

ULA developed the EDS to perform monitoring of critical systems during launch and would signal the crewed spacecraft to abort away from the rocket if a catastrophic problem was imminent.

It was added to human spaceflight launches of the Atlas V rocket when carrying Boeing's Starliner spacecraft on missions to the International Space Station and serves the same purpose for NASA's crewed Space Launch System rockets with the ULA-built ICPS second stage on lunar trips in the Artemis program.

"EDS provides crew protection against hazards or events that arise from any failed controls, anomalous behavior, or off-nominal conditions before and during flight," Bailey explained.

"While we already have a reliable and flight proven Atlas V launch vehicle, the EDS adds a critical layer of protection given our company and industry’s high safety standards for human spaceflight."

The maiden launch of the Atlas V Starliner system on the first Orbital Flight Test was equipped with EDS in a passive mode. While the EDS was functioning throughout the flight and comparing all telemetry against the abort trigger thresholds, it was not configured to signal an actual abort if necessary for the OFT-1 launch. This passive configuration provided an opportunity to collect EDS flight data before fully deploying the system in active mode. OFT-1 post-flight data reviewed by Bailey, showed nominal performance of the EDS with no abort conditions exceeded.

For the upcoming OFT-2 launch, the EDS will be operating in its active mode and capable of declaring an abort and separating the uncrewed Starliner spacecraft if a serious problem arises with the launch vehicle. The Starliner parachutes back to Earth in the unlikely event of an abort.

"My responsibility for OFT-2 is to ensure that the EDS monitors and responds appropriately to any fast-acting launch vehicle faults in order to protect the Starliner. Ensuring crew safety is my ultimate responsibility," Bailey said.

"The teams that I work with, both internally and jointly with Boeing and NASA, rigorously test any and all scenarios that the OFT-2 flight may encounter, ensuring we provide the best possible emergency system to support the commercial crew flights." 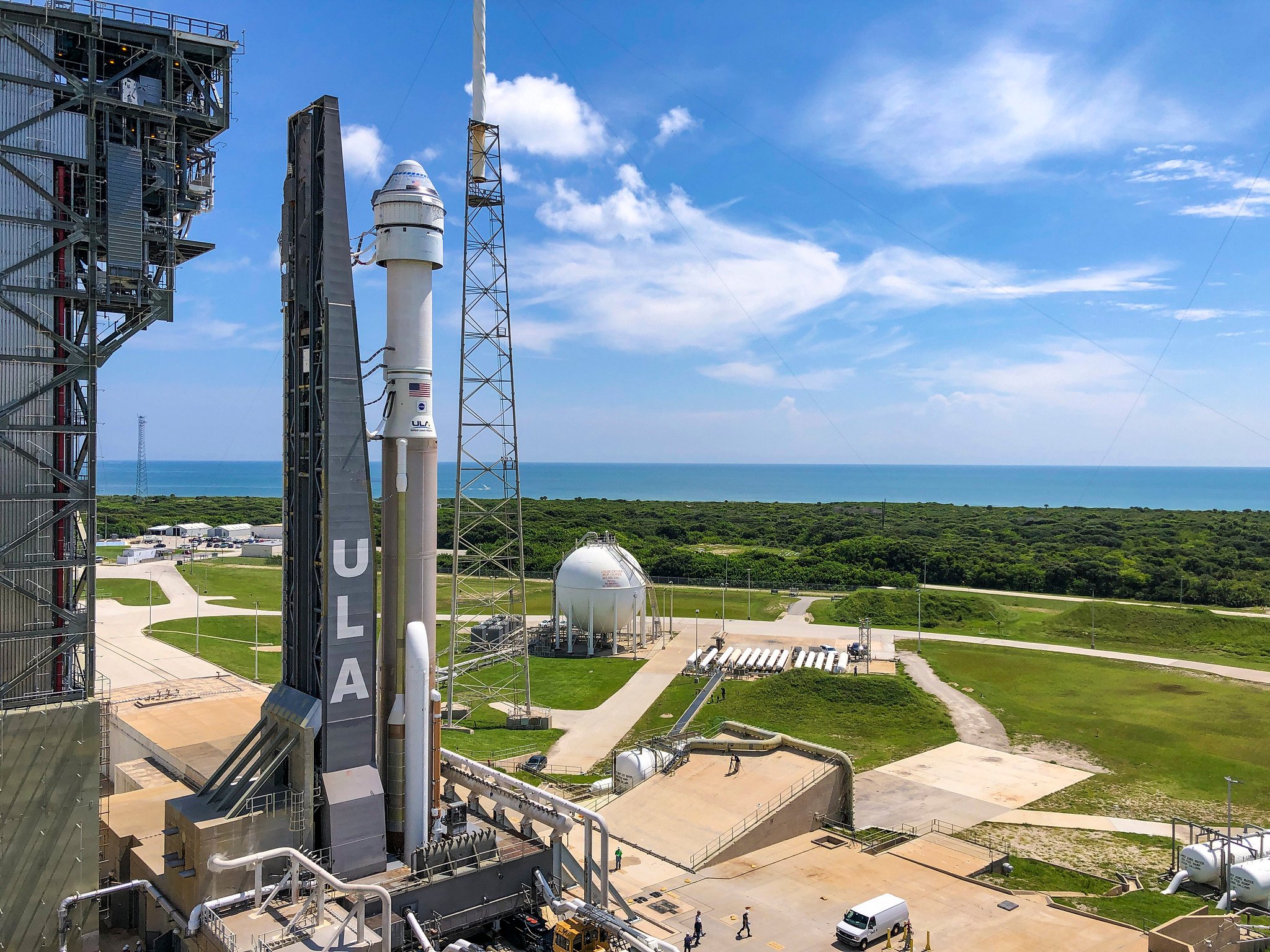 In addition to the Starliner launches on Atlas V as part of NASA's Commercial Crew program, Bailey also serves as the EDS CRE for the crewed Artemis missions that will use the ULA-made ICPS stages atop the Space Launch System Moon rockets to launch the Lockheed Martin-produced Orion spacecraft.

"The testing effort is very involved on this program, with the addition of the CBPO to my system, and it’s my responsibility to ensure the system as a whole functions properly and is able to request or initiate an abort in the event of an emergency. Again, ensuring crew safety is my primary goal as the system owner."

Born and raised in Atlanta, Bailey joined the United States Marine Corps. fresh out of high school. He was stationed in Washington, D.C. where he served at the White House in Presidential Support Detail, and later was deployed overseas.

After his enlistment, Bailey returned home to Georgia and earned an electrical engineering degree from Kennesaw State University.

"I'm very thankful for my time spent in service, it helped give me the drive necessary to succeed at studying for an engineering degree as well as open my eyes to the aerospace industry," Bailey said.

"I began my aerospace career in 2018 when I worked at Georgia Tech Research Institute (GTRI) as a research engineer focused on RF analysis and design. Many long days were spent testing various RF and power systems in their labs, developing the skills I would eventually transfer over to my future role at ULA. I worked at GTRI for a little over a year before ULA gave me the opportunity to move to my dream location of Denver."

Bailey is an avid mountain biker and competes in Enduro mountain bike races. He joined the "snow culture" after relocating to Denver and enjoys weekly trips to snowboard in Colorado’s mountains.

"The first launch of Starliner in 2019 will always be one of the most nerve-racking and unforgettable moments of my career. Watching Atlas V clear the tower and head to space was very rewarding given it was my first mission being responsible for an entire system on one of our vehicles," Bailey said.

"Lots of studying, double and triple checking my work, and trust was put into that moment. I'll never forget the feeling of pride I had knowing we as a team nailed an instantaneous launch window and delivered an entirely new and unique vehicle configuration to space."

ULA will provide comprehensive live updates on the Atlas V countdown and flight starting at 7:30 a.m. EDT (1130 UTC) in our automatically refreshing blog. A webcast of the launch via NASA Television begins at 6 p.m. EDT (2200 UTC).