The encapsulated payload stack with Landsat 9 is transported from the Integrated Processing Facility (IPF) to Space Launch Complex (SLC)-3 for hoisting aboard the Atlas V. Photo by United Launch Alliance

The Landsat 9 spacecraft that will continue an unbroken, decades-long record of observing the changes of planet Earth and a CubeSat rideshare package are mounted atop the United Launch Alliance (ULA) Atlas V rocket. This complex launch features four burns by the Centaur upper stage to release the payloads into two different orbits.

Yesterday, at Vandenberg Space Force Base, Calif., the encapsulated payload stack was transported from the Integrated Processing Facility (IPF) to Space Launch Complex (SLC)-3 for hoisting aboard the Atlas V.

It represents the 300th Atlas launch from Vandenberg and the 16th for an Atlas V rocket. This will be ULA's 145th mission overall and the 36th for NASA's Launch Services Program. 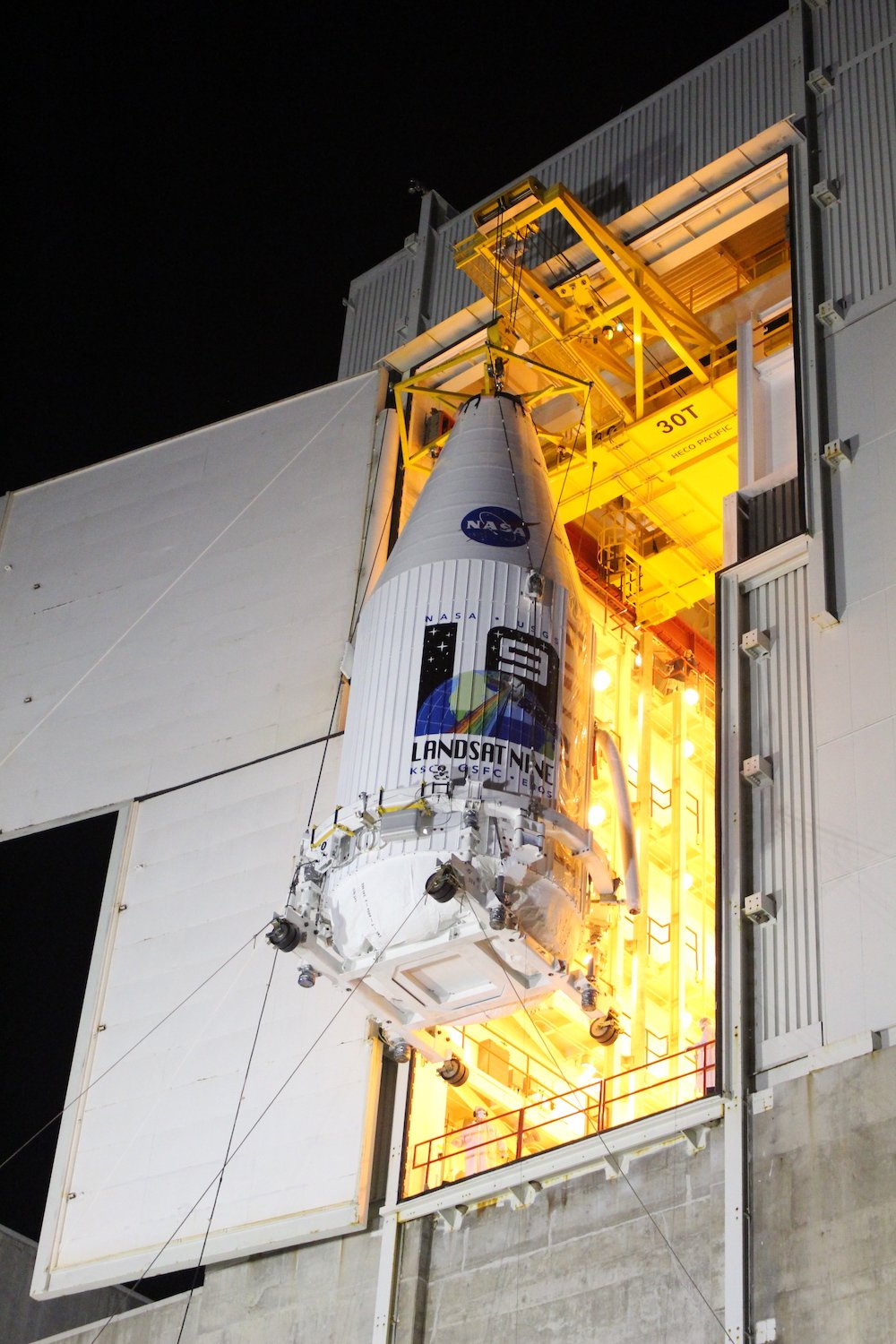 Landsat 9 is the next civilian remote-sensing spacecraft in a collaboration between NASA and the U.S. Geological Survey, building upon the impartial Landsat-gathered record of our planet's natural resources.

The spacecraft's pair of instruments, the Operational Land Imager-2 and the Thermal Infrared Sensor-2, will study tropical deforestation, urban expansion, natural disasters and subsequent recovery of the landscape, glacial retreat and freshwater resources for agriculture.

The Landsat program has operated continuously, with overlapping observatories in space, since 1972. Delta and Atlas rockets have successfully launched all seven satellites in the series from Vandenberg. The most recent was the Landsat Data Continuity Mission on an Atlas V in 2013.

The two-stage booster will achieve the desired near-polar, sun-synchronous orbit for Landsat 9 just over 16 minutes into flight, then coast to the other side of the globe to release the spacecraft while emerging from the Earth's shadow at T+plus 1 hour, 20 minutes.

The second and third firings of the Centaur upper stage serve to lower the orbital altitude and slightly change the orbital inclination. Four CubeSats for NASA’s 37th Educational Launch of Nanosatellites (ELaNa 37) mission and the Mission Manifest Office at the U.S. Space Force Space Systems Command will begin separating from Centaur at approximately T+plus 2 hours, 14 minutes. 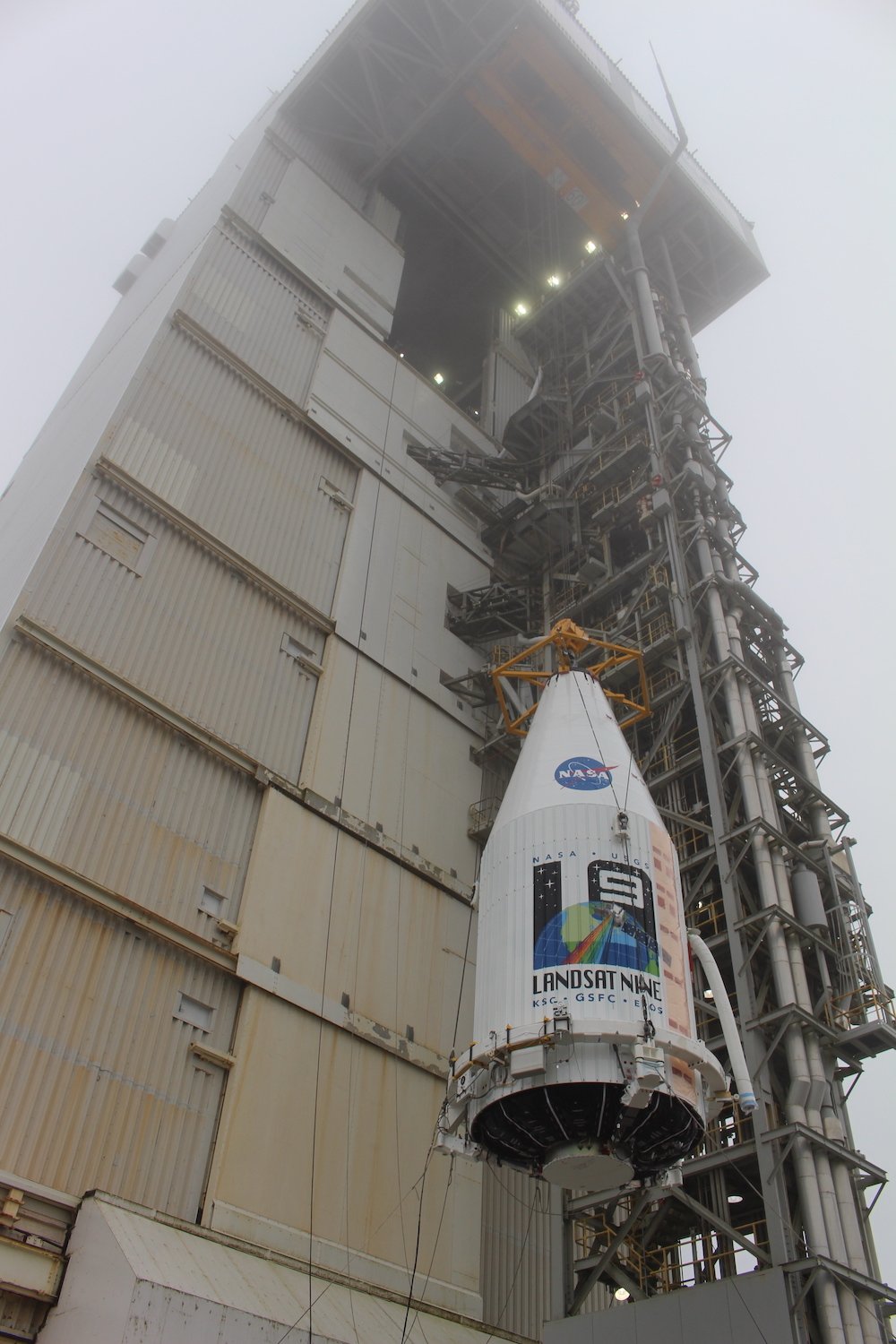 The CubeSats are carried on the Evolved Expendable Launch Vehicle Secondary Payload Adapter (ESPA) Flight System, or EFS. It is a ring positioned below the Landsat 9 and above the top of Centaur carrying the four science and national security CubeSats.

A fourth and final burn by the Centaur's RL10C-1 cryogenic main engine executes a deorbit maneuver nearly three hours after liftoff to dispose of the stage in a safe manner that does not contribute to space debris or cause an uncontrolled re-entry.

To date, Atlas V missions have required no more than three Centaur burns. The stage has the capacity to do more, and the flight design of the Landsat 9 and EFS mission takes advantage of that capability.