Putting the launch team, rocket and California pad to the test, United Launch Alliance (ULA) spent Friday rehearsing the countdown to launch an Atlas V and the Landsat 9 spacecraft to continue building the longest satellite record of its kind to map natural and human-induced changes to the Earth's surface.

WDRs are milestones meant to mitigate any issues before the actual launch day arrives, enabling engineers to evaluate how the rocket and ground systems behave to uncover any issues that might need further examination. Typically, they are performed for all Vandenberg missions to exercise the launch facilities.

The rocket stages were powered up, final preps to ground systems accomplished and the 260-foot-tall, 11-million-pound (79-meter; 5-million-kg) mobile gantry retracted away from Atlas V. That enabled ULA Launch Director Tom Heter III to give approval for fueling operations. 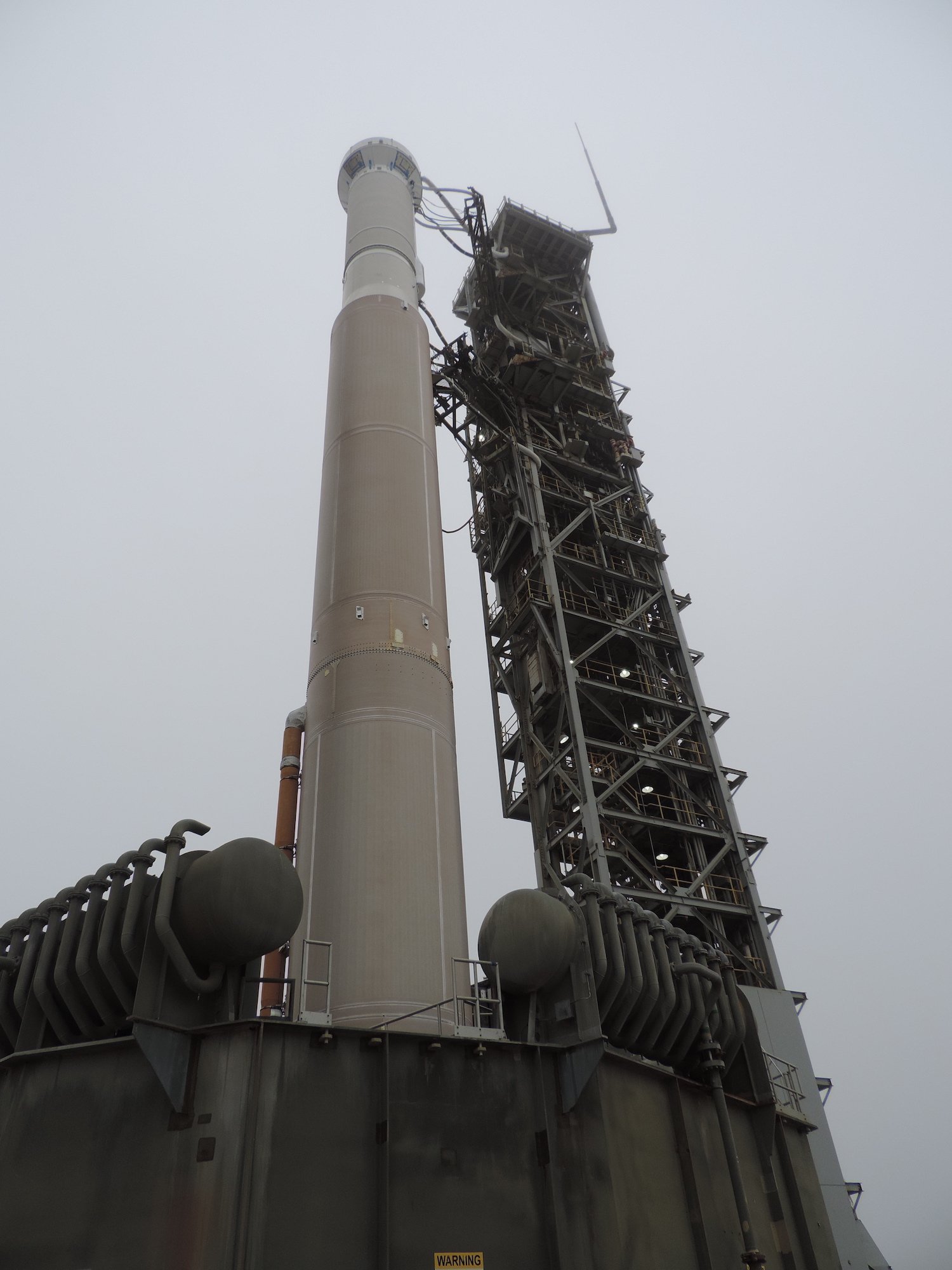 The launch team configured the Atlas V for cryogenic loading and approximately 66,000 gallons of liquid oxygen and liquid hydrogen filled the rocket's tanks using the same procedures that will be executed on the actual launch day.

The highly-refined kerosene propellant for the first stage, called RP-1, was loaded on Aug. 20 and will remain stored into the Atlas V through launch. It is standard practice to fill the Atlas with this stable, room-temperature fuel days or weeks prior to flight.

The count finished at the scheduled cutoff point just prior to ignition time.

The rocket was safed and cryogenic tanks drained in preparation to return the MST to its enclosure position surrounding the Atlas V.

Landsat 9, encapsulated in 4-meter-diameter (13.7-foot) Extra Extended Payload Fairing (XEPF), will soon be delivered to the pad for hoisting atop the launch vehicle.

The mission is a partnership between NASA and the U.S. Geological Survey (USGS) to continue the Landsat program's vital role of repeat global observations for monitoring, understanding and managing Earth's natural resources. The addition of Landsat 9 will extend the program's record of land imaging beyond a half-century.

Learn more about what is WDR in our earlier blog.