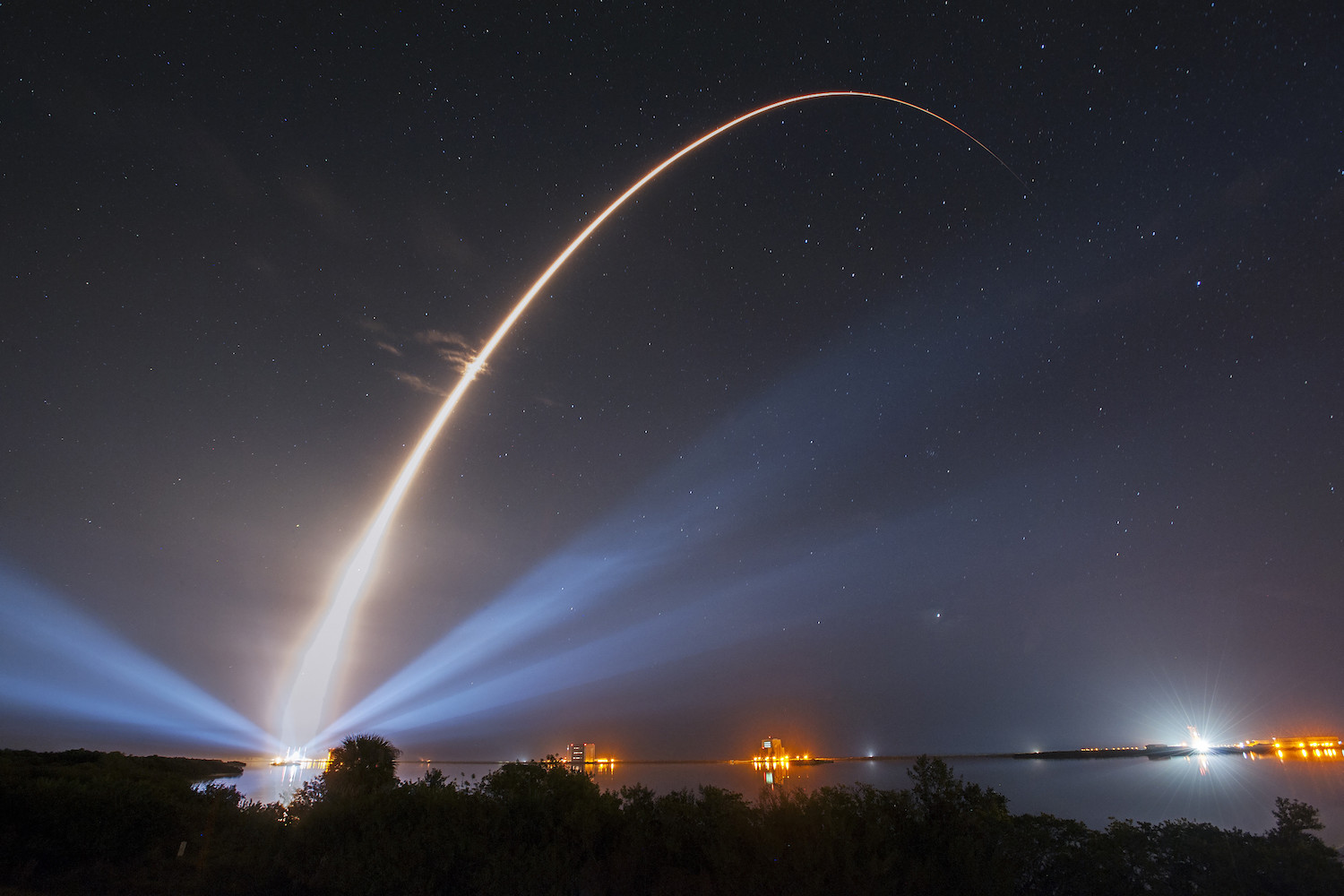 In the DNA of United Launch Alliance (ULA), one of the most experienced launch providers in the world, are sophisticated features developed over decades of launches to benefit payloads, such as RAAN steering that maximizes the Atlas V rocket's opportunity to launch the Lucy spacecraft for NASA.

RAAN steering is among the attributes that make ULA stand out among its competitors, part of the company's secret sauce to achieve the most accurate orbital insertions in the industry.

The ULA rockets can perform out-of-plane steering, or Right Ascension of the Ascending Node (RAAN) steering, during flight. It allows missions to launch a little before or a little after the optimal point and still hit the required target in space.

For Lucy, a rocket could have been limited to only an instantaneous window each day throughout its launch period, meaning just a moment in time to launch on any given day. But Atlas V will be able to launch any time within a 75-minute window on Oct. 16 and still intercept the correct interplanetary trajectory.

"RAAN steering is what is enabling us to get an hour or two-hour window on any given day throughout a three-week interplanetary launch period," said Gaytri Patel, ULA's certified responsible engineer for flight design.

Expanding the launch window length greater than it would have been otherwise without RAAN steering, gives the best chance for a rocket launch occurring on a given day even if the countdown is held for weather or some other reason.

"It's to the customer's benefit and it's our benefit to have a launch window as long as possible to get the rocket off the pad," said Patel.

RAAN steering is enabled by ULA's guidance algorithms and loading complex mathematical functions into the software to compensate for the Earth's rotation during a daily launch window. The software can begin working as soon as the closed-loop guidance is activated once the rocket ascends above a specific altitude, such as 110,000 feet in the case of the recent Landsat 9 launch.

The trajectory fans out once steering is activated, depending on when you launched within the window. Landsat used the Atlas V main engine to provide steering toward the desired orbital plane during the second half of the first stage burn and throughout first Centaur firing. For Landsat 9, the orbital injection had to be precise because the mission replaces the long-lived Landsat 7 spacecraft in its 20-year orbit, and RAAN steering gave NASA and ULA a full 30 minutes to launch instead of just one moment in time that day.

Lucy's Atlas V will begin its RAAN steering later in the launch sequence, during the second Centaur burn, to simplify systems analysis for the ascent. Employing the feature as late as possible does reduce range tracking analysis and ease the coordination of downrange assets. The flight path can change significantly during the Centaur second burn based on when you launch in the window -- the beginning, middle or end of the daily opportunity.

The customer typically supplies its desired orbital target about three months before launch and ULA typically finalizes the mission design by T-minus 45 days. For interplanetary missions like Lucy, NASA provides ULA with a unique target for each day of the launch period in a early trajectory cycle and then ULA flight design specialists determine how much RAAN steering can be done to widen the launch window.

"In our process, the first thing we do is identify the optimal trajectory and the instantaneous launch time that would put the spacecraft on that track. Then we look at, on any given day, how much out-of-plane steering can the vehicle accommodate with the available performance margins. It could be as much as an hour or two before and after," said Patel. 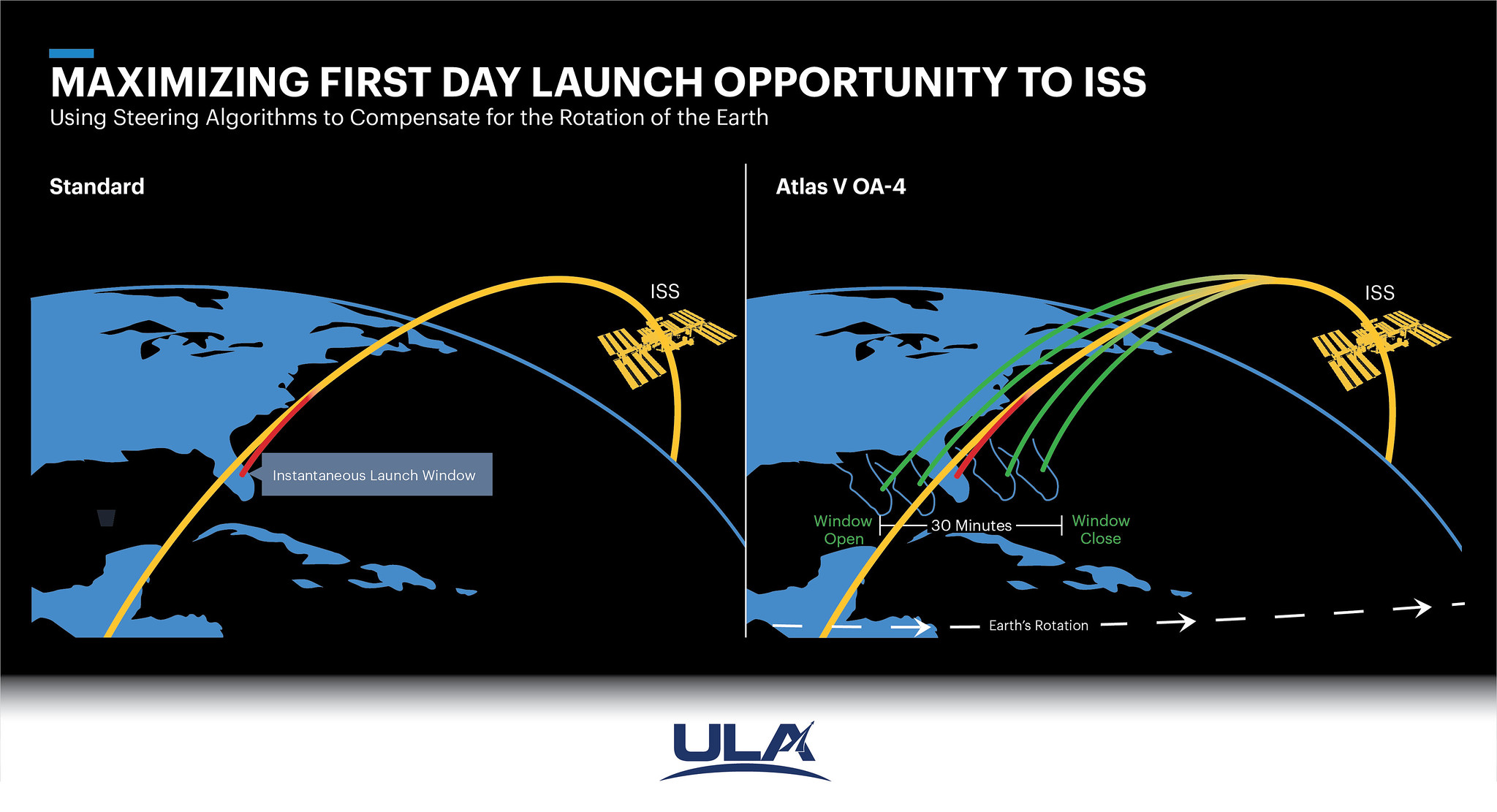 Not all customers request RAAN steering. Commercial satellite launches to geosynchronous orbit, for example, do not have tight orbital specifications and would not benefit from RAAN steering. Those customers would rather use all of the rocket's performance to carry the heaviest payload to the best orbit.

ULA has used RAAN steering for numerous Atlas V missions, the Delta IV Heavy launch of the Parker Solar Probe and will make it available on Vulcan Centaur launches.