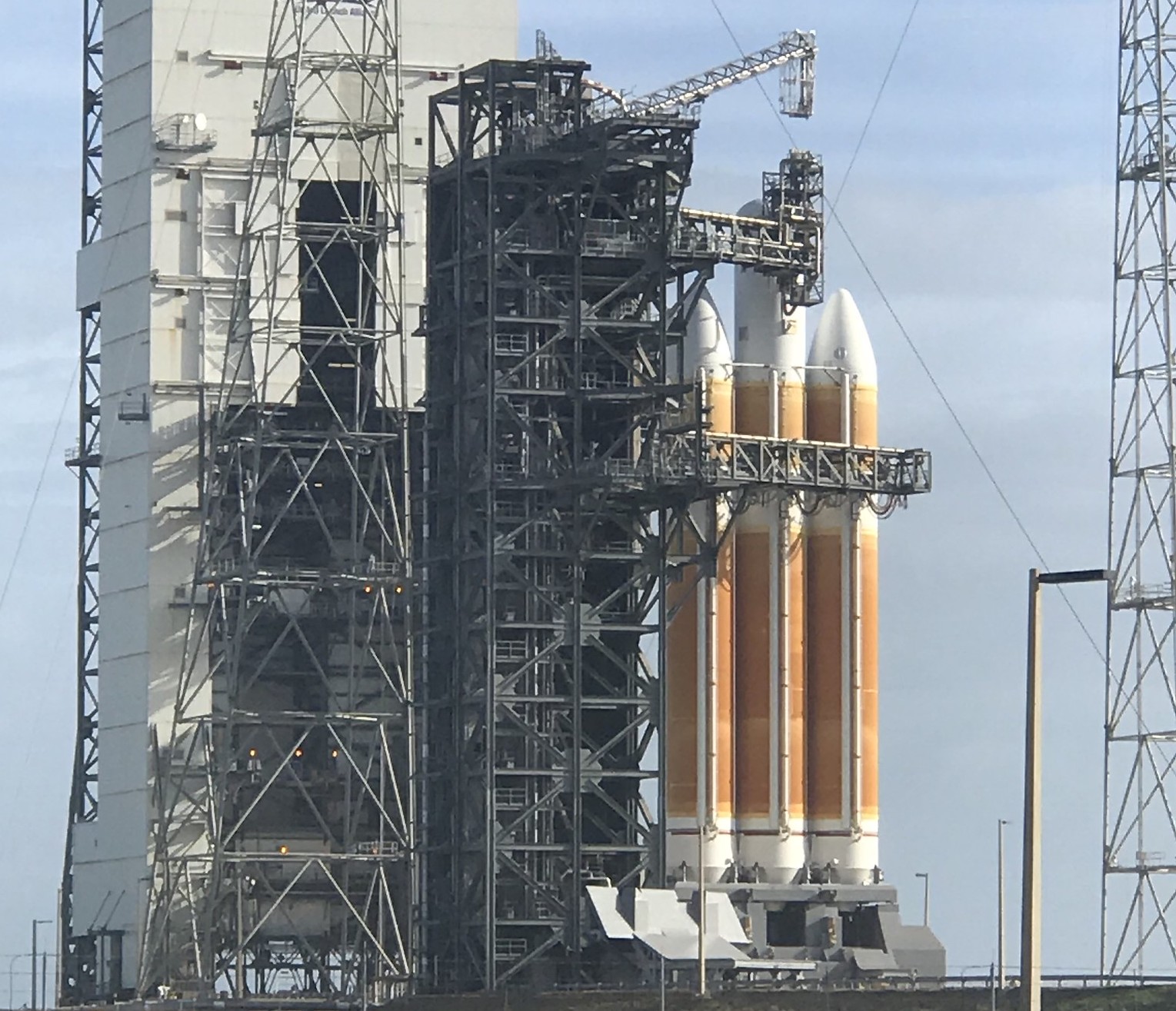 The Delta IV Heavy rocket that will perform the NROL-44 mission for the National Reconnaissance Office was successfully put through its countdown paces in a critical pre-flight test Friday, Jan. 10.

Known as a Wet Dress Rehearsal, the day fully demonstrated the intricate day-of-launch countdown activities for the national security mission coming up later this year.

Operations began by rolling back the Mobile Service Tower at Cape Canaveral Air Force Station's Space Launch Complex-37, then configuring the site and preparing for fueling.

ULA Launch Conductor Scott Barney and his team of console operators orchestrated the countdown from the Delta Operations Center located about one-and-a-half miles from the pad.

All eight cryogenic tanks aboard the rocket -- four liquid hydrogen and four liquid oxygen tanks in the three Common Booster Cores and the upper stage -- were filled to check systems both on the launch vehicle and in ground support equipment.

The rocket was safed and cryogenic tanks drained to conclude the test. WDRs are milestones meant to mitigate any issues before the actual launch day arrives.

The rocket was rolled out to the pad on Nov. 14 and vertical on Nov. 15. Vehicle testing was accomplished prior to the Atlas V Starliner launch in December.

Teams will complete the post-WDR securing in a few days. Preps on the Delta IV Heavy will then be paused until closer to the scheduled launch date.