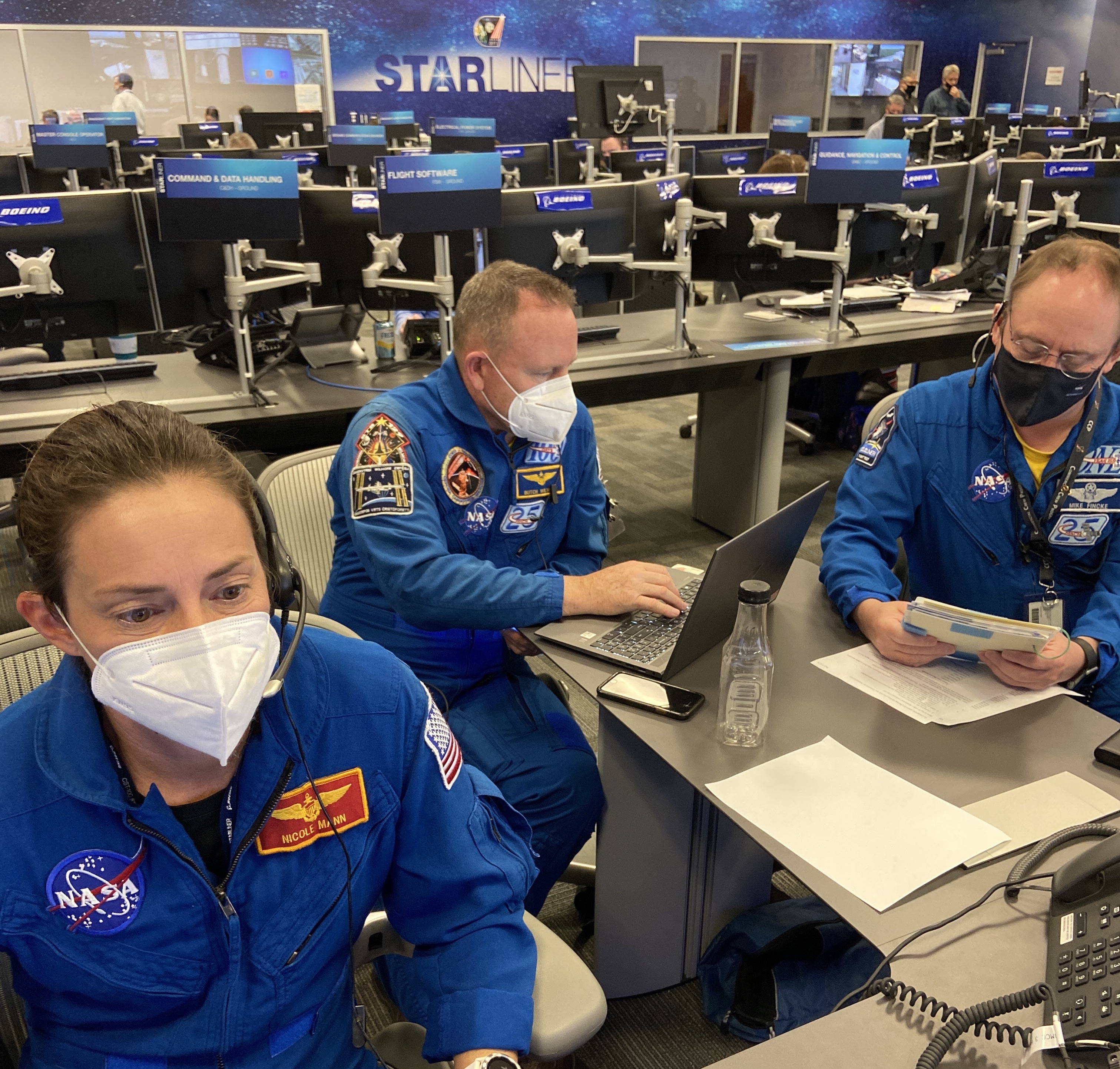 The astronaut crew for Starliner's CFT mission participate in the ICE. Photo by Boeing

Teams from NASA, Boeing and United Launch Alliance (ULA) performed the final Integrated Crew Exercise (ICE) Tuesday, Jan. 26, to rehearse the countdown procedures of the Atlas V rocket and Boeing’s CST-100 Starliner spacecraft ahead of Orbital Flight Test-2 (OFT-2). The ULA-led exercise included the same teams from across the country that will sit on console during the flight test with the common purpose of simulating a successful liftoff and ascent.

With Boeing, ULA and NASA leadership positioned in the Mission Director's Center (MDC) overlooking the ULA launch team in the Launch Control Center (LCC) at the Atlas Spaceflight Center (ASOC) on Cape Canaveral, the ICE featured two phases to demonstrate different segments of the countdown while simulating issues for the teams to analyze and resolve.

Additional teams joined from ULA's Denver engineering support center and the Vehicle Ascent and Launch Operations Room (VALOR), where elite specialists monitor the health and performance of the Atlas V rocket during every Starliner capsule's climb to space.

Range operators and weather forecasters from the U.S. Space Force's 45th Space Wing at the Cape fulfilled their critical roles during the exercise as they will during the real launch day. 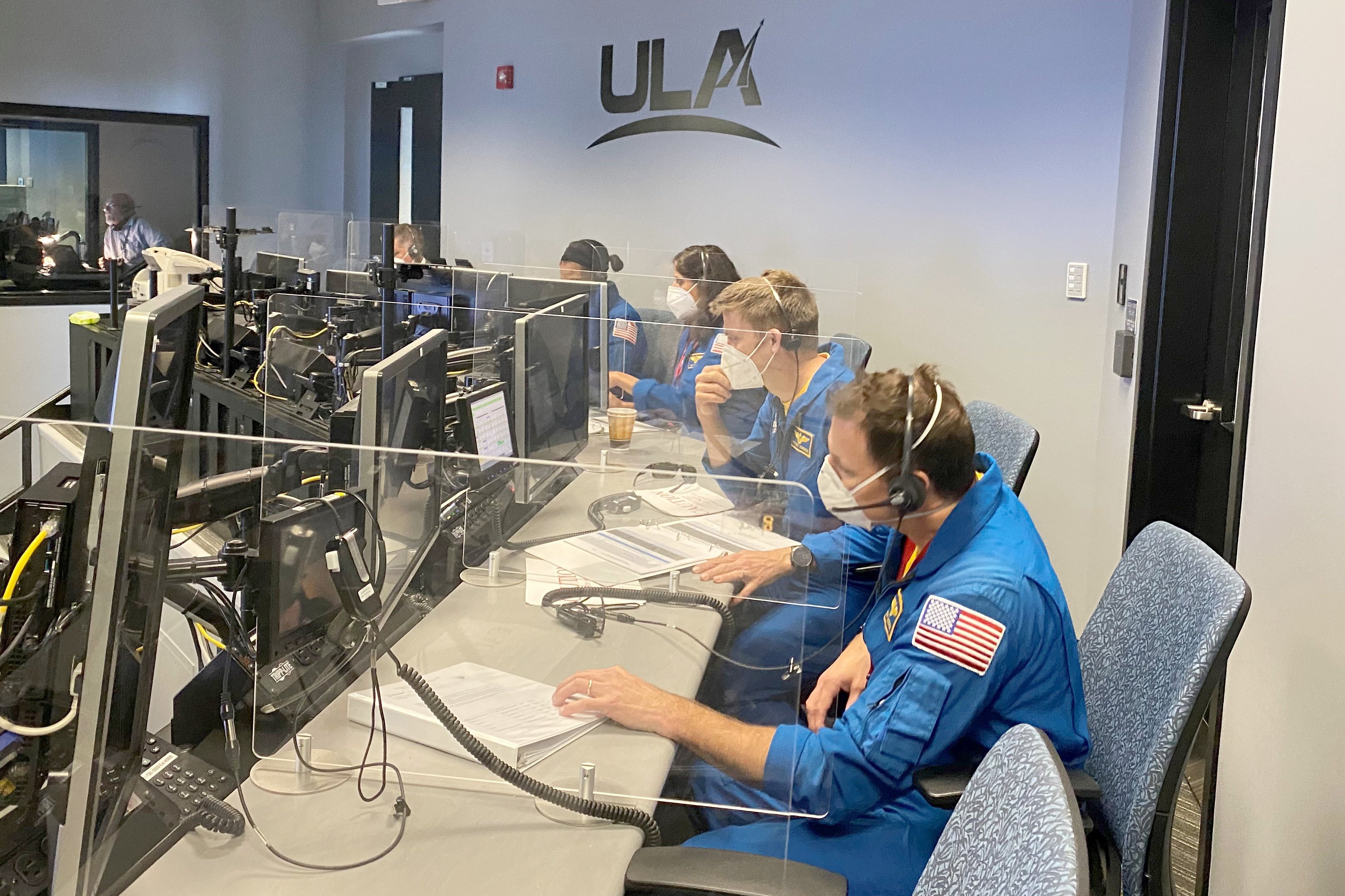 Situated in the MDC above the LCC was ULA Launch Director Lou Mangier and LeRoy Cain, Boeing’s spacecraft mission director. Cain is responsible for assessing Starliner’s readiness and relaying this status to Mangieri, who oversees launch operations and gives the final approval for launch.

The Houston flight control team also joined in to rehearse aspects in the countdown and launch as the group in charge of final spacecraft configuration for liftoff and managing Starliner's operations during ascent.

The first half of the day was spent rehearsing completion of Atlas V fueling, clearing the Blue Team, or ground team, into SLC-41 and simulating the team's activities in the White Room at the pad. On the actual launch day, the joint ULA-Boeing team will perform the steps to prepare Starliner's command module for flight.

After one practice run, the day's second scenario focused on the final portion of the countdown including the Blue Team sealing Starliner’s hatch, running cabin leak checks and then departing the pad. Teams also rehearsed a final weather briefing from U.S. Space Force Launch Weather Officer Will Ulrich, conducted the readiness polls of managers and engineers, started the terminal count and ended with an emergency egress from the Crew Access Tower.

The ICE represents another milestone completed in the OFT-2 launch campaign. Stacking of the Atlas V rocket at the Vertical Integration Facility begins later this month in preparation for launch no earlier than March 25.