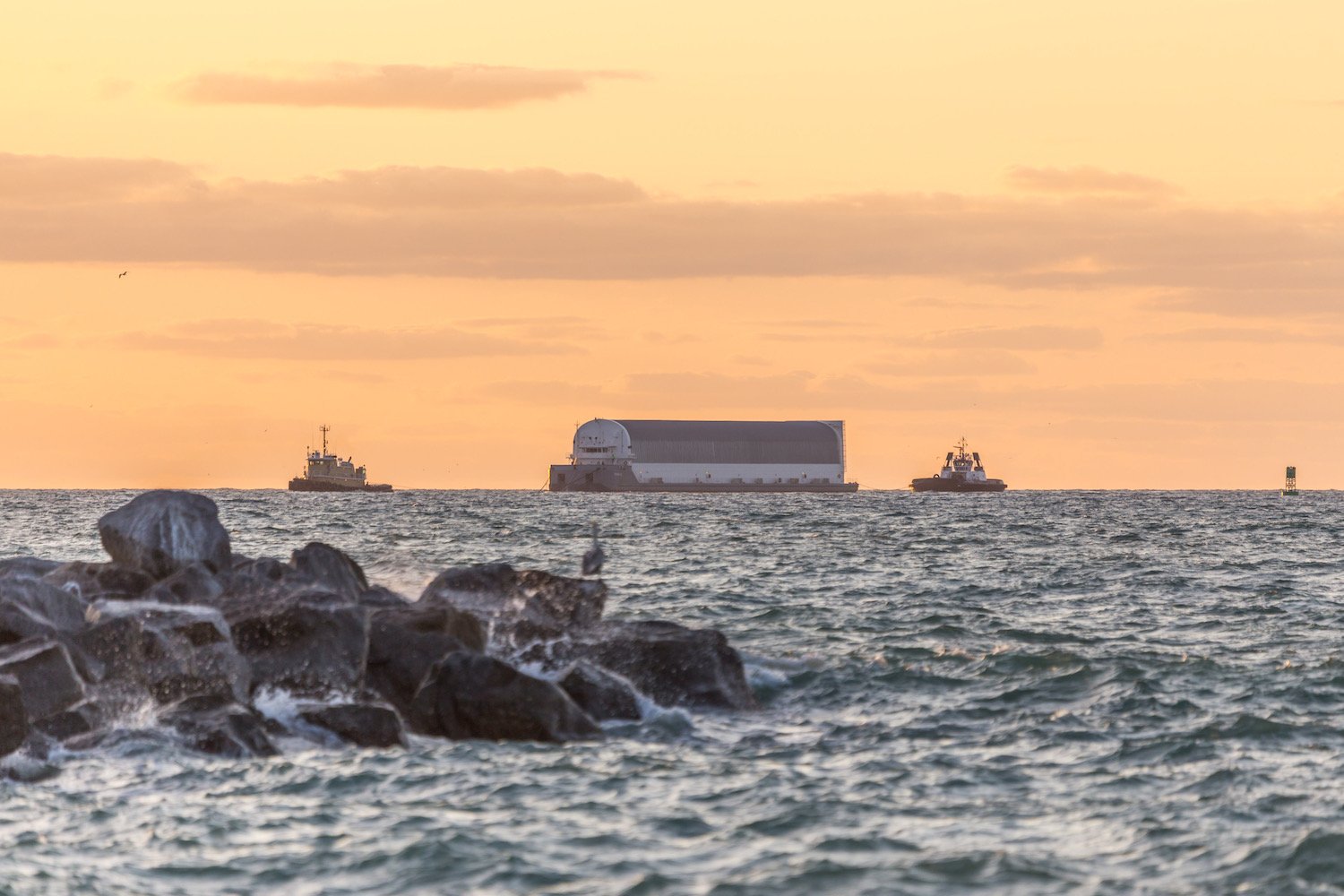 With river locks on the route closed for maintenance and RocketShip using that opportunity to undergo a routine dry dock period, ULA partnered with NASA to craft a new shipment plan that featured the Pegasus barge from the space shuttle and Space Launch System (SLS) programs.

On March 31, the 107-foot-long (33-meter) Atlas V stage began the journey from Decatur aboard a smaller, open-air barge that could fit through an auxiliary lock at the Wilson Dam and bypass the lock closure on the Tennessee River. The one-day trek aboard the barge moved the Atlas V to the port in Iuka, Mississippi, to meet up with the Pegasus.

The small barge has previously been used to transport ULA hardware, including earlier this year to transport the Centaur V from the factory to NASA's Marshall Space Flight Center for testing. 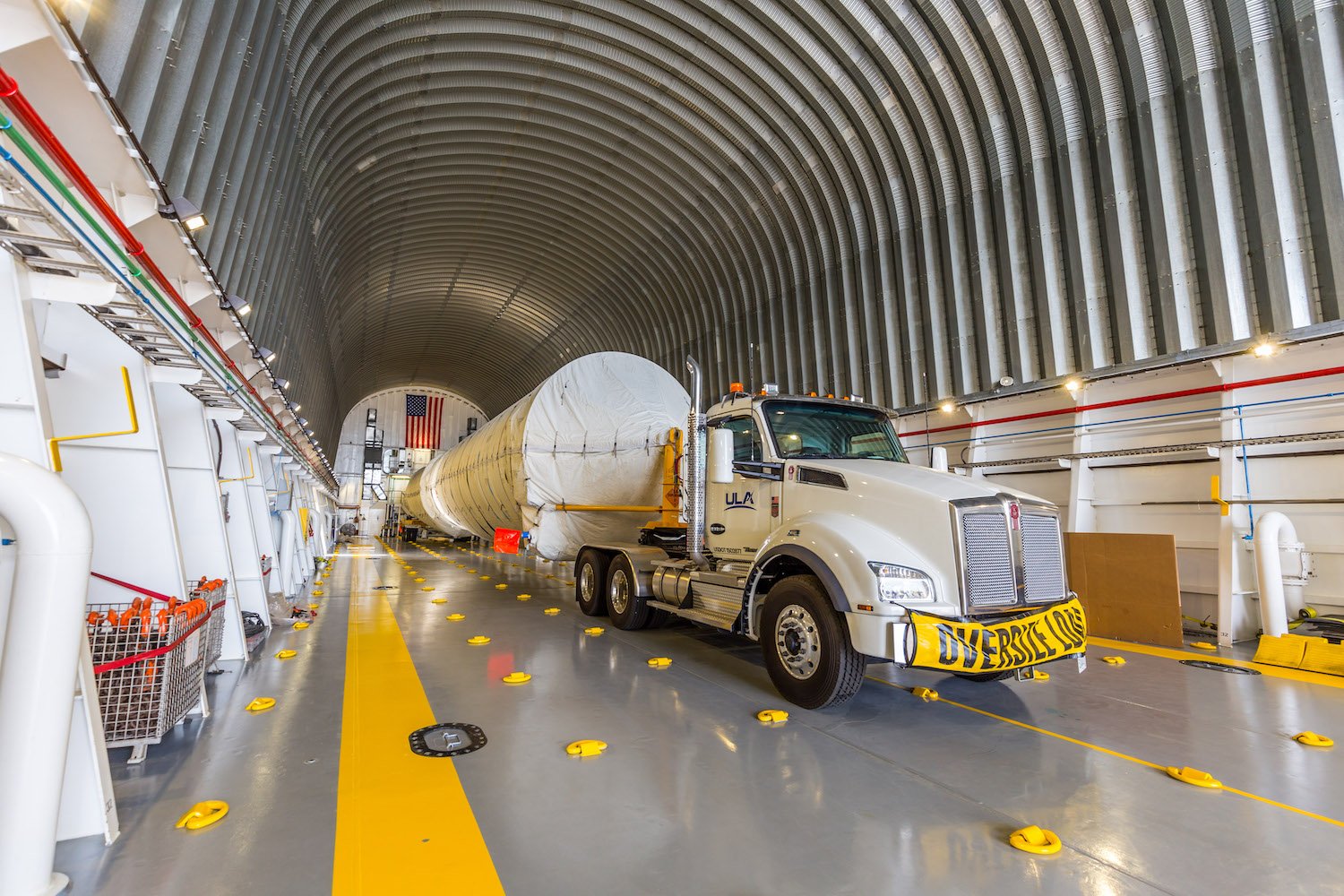 The Atlas V, wrapped in a protective covering for the trip, was transferred to Pegasus on April 1 and then set sail for Cape Canaveral. It followed the same route that RocketShip would have taken, moving to the Ohio River and then down the Mississippi to the Gulf of Mexico and around the Florida peninsula to Cape Canaveral Space Force Station's wharf. Arrival occurred April 12.

This morning, ULA technicians unloaded the Atlas V stage and took it to the Atlas Spaceflight Operations Center (ASOC) for final preparations to begin the launch campaign.

The original first stage for the OFT-2 mission, which was stacked on the mobile launch platform (MLP) last summer, was repurposed and successfully launched NASA's Lucy spacecraft to the Trojan asteroids.

The stage delivered today will be used with launch vehicle hardware that has been in safe storage since the OFT-2 postponement last August, including a pair of AJ-60 solid rocket boosters and the Centaur upper stage that remained integrated with the rocket's interstage and the Launch Vehicle Adapter. 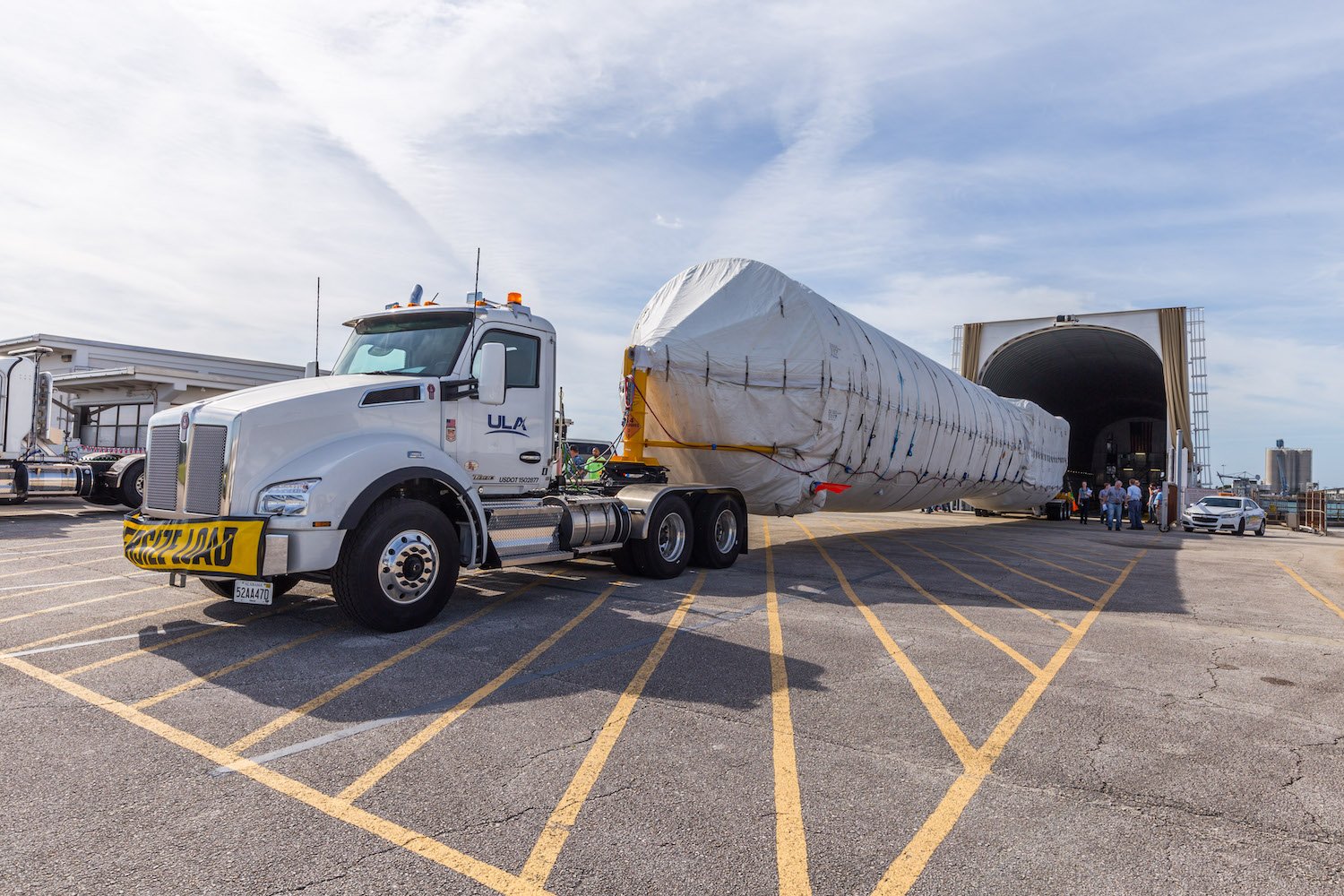 All elements will soon be brought together at the Vertical Integration Facility (VIF) to launch Starliner on a full mission demonstration of launch, rendezvous and docking to the International Space Station and return to Earth for landing in the Western U.S.

Launch is targeted for May. It will be ULA's 150th mission and the 93rd flight of Atlas V.