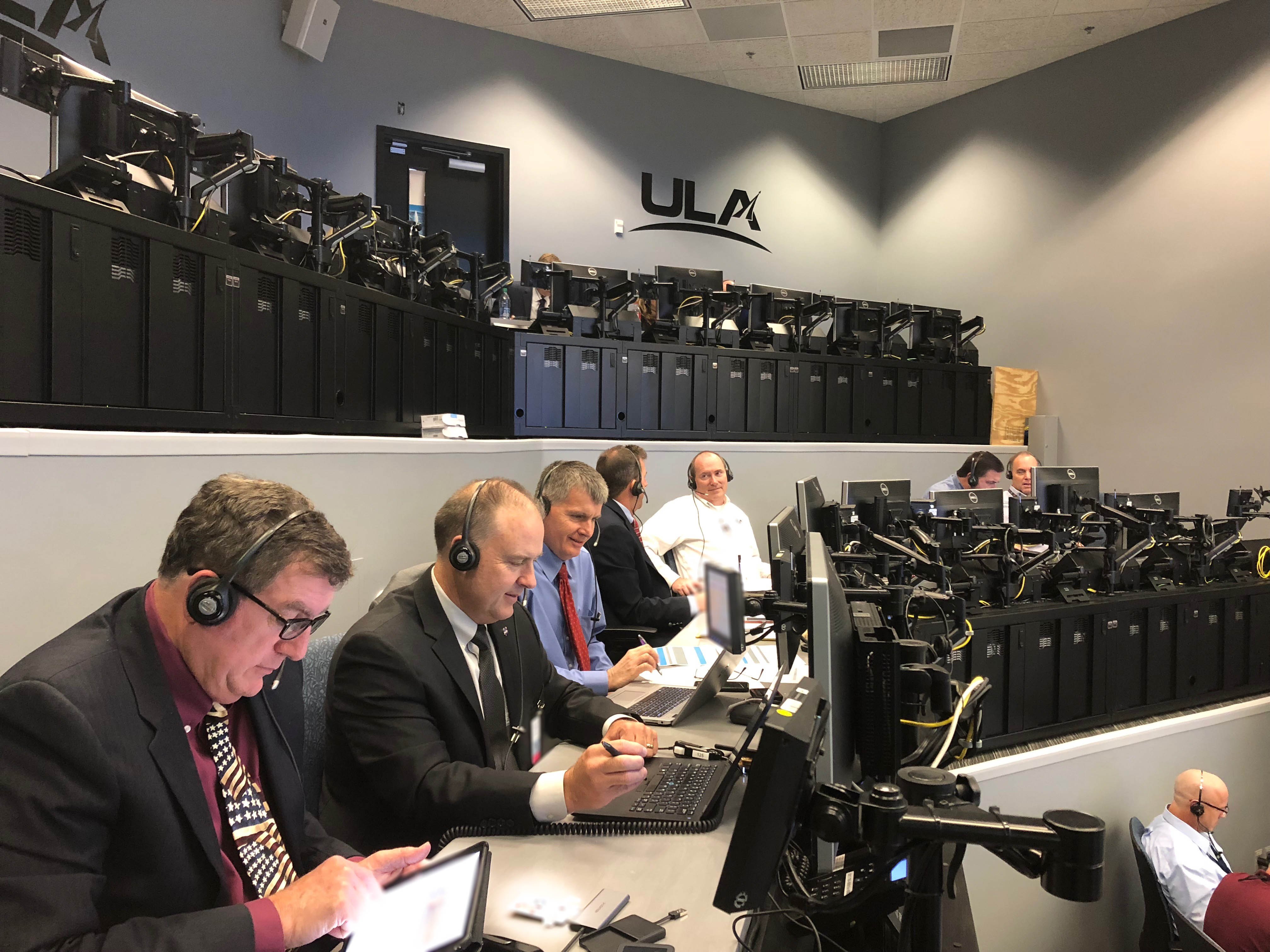 The simulation connected the United Launch Alliance teams at Cape Canaveral and in Denver with Boeing and NASA personnel at Kennedy Space Center in Florida and the Johnson Space Center in Houston, and the Air Force’s 45th Space Wing at the Cape.

The MDR for OFT featured three phases to demonstrate different segments of the countdown while simulating problems for the teams to analyze and resolve.

Orchestrating the countdown was ULA Chief Launch Conductor Doug Lebo from his position in the Atlas Spaceflight Operations Center’s Launch Control Center (LCC). He was joined by Assistant Launch Conductor Scott Barney, who operated the countdown clock and interfaced with Anomaly Chief David McFarland, leader of the problem-resolution process.

Situated in the Mission Director’s Center (MDC) above the LCC was ULA Launch Director Bill Cullen, the person with the overall responsibility of launch operations and giving the final approval to launch. He was seated next to LeRoy Cain, Boeing’s spacecraft mission director, who relayed Starliner’s readiness status to Cullen.

And Flight Director Richard Jones in Houston joined in to rehearse his aspects in the countdown and launch as the person in charge of final spacecraft configuration for liftoff and managing all operations during ascent.

The bulk of the day was spent rehearsing the Blue Team’s activities in the White Room at Space Launch Complex-41. ULA’s Dane Drefke served as the Blue Team Leader and Boeing’s Melanie Weber directed the steps that will be needed to prep Starliner’s command module for flight and close the hatch.

After two practice runs, the day’s third scenario focused on the last 30 minutes of the countdown including the final weather briefing from Launch Weather Officer Jessica Williams, the readiness polls of managers and engineers, Terminal Count and liftoff.

The MDR represents another milestone passed in the OFT launch campaign. It follows the completion of standard pre-flight testing of the Atlas V at the Vertical Integration Facility (VIF) that has confirmed the rocket is ready for attachment of the Boeing Starliner capsule.