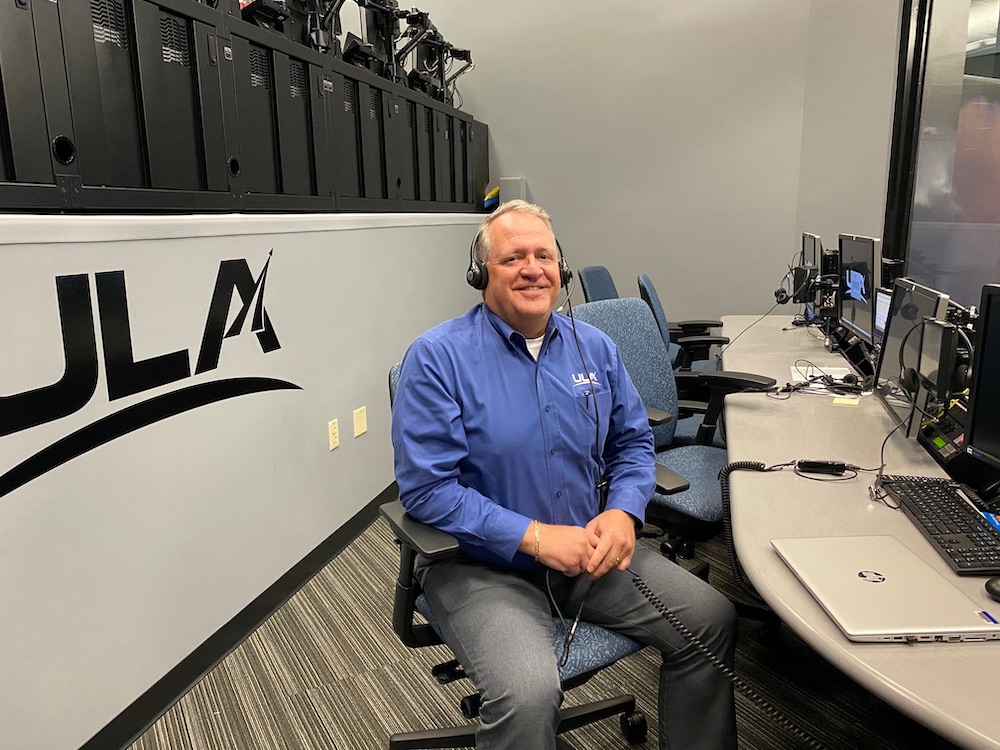 "I have supported launches to almost every planet, including Jupiter, Saturn, Mars, Pluto, the Sun and Earth's Moon, and I have worked side by side with our teammates in the military to support efforts around the globe," Whelan said.

STP-3 will be Whelan's first in the launch director's seat. He will be responsible for overall management of the countdown, direction for day-of-launch execution and declaring the Atlas V is "ready to launch" in the final pre-flight readiness poll 7 minutes before liftoff.

"The launch director position requires a working knowledge of the vehicle systems and operations of the countdown, the interface to the payload, interaction with the range assets, and operation of the downrange systems to support the mission flight profile," Whelan said.

"We train for the launch director position through simulations and performing as the assistant launch director during a launch countdown. The simulations help us to refine communication paths with the launch conductor and mission director to assess and adjudicate off-nominal events or operations during the countdown or adjust and coordinate a change to the T-0 time."

Born in Worcester, Mass., Whelan grew up in Florida and graduated from the University of Central Florida in Orlando with a degree in electrical engineering.

"I was hired to work Titan Centaur launch operations by General Dynamics Space Systems at a time when expendable vehicles were taking over the role of launching our nation's critical satellites," Whelan said of the late 1980s.

After working as a systems test engineer for the airborne electrical team, Whelan was the electrical lead for Titan Centaur before moving to the Atlas V program as avionics lead. He supported several Atlas II missions on Space Launch Complex-36 and was the RF and instrumentation lead for Atlas II, III and V launch operations. He became the electrical manager for Atlas V, and then the operations/systems engineering (OSE) manager for Atlas. After ULA was formed, he switched programs and moved to OSE manager of Delta IV.

"I have been blessed to work in launch operations for my 30-year career and have been provided different challenges along the way. On Titan Centaur, I worked as avionics systems for the Cassini launch to Saturn, a mission that included three radioisotope thermoelectric generators (RTGs). On Atlas II and Atlas III, I worked inside the SLC-36 blockhouse just a few hundred feet from the launch pad for several launches," Whelan said.

"Each rocket and each mission bring a new challenge and now the development and implementation of our Vulcan Centaur V vehicle bring new and different challenges. I am looking forward to our first Vulcan launch, and as always -- one launch at a time."