Having built elements of Atlas rockets for more than 30 years, United Launch Alliance's facility in Harlingen, Texas, recently delivered its latest piece of flight hardware to the launch site at Cape Canaveral, Florida, to support the next Atlas V mission.

The clamshell fairing was constructed to exacting requirements to provide a clean, controlled and safe environment for spacecraft during ascent through Earth's atmosphere. It shields the satellite until reaching space and then separates approximately four-and-a-half minutes after liftoff as the Centaur upper stage accelerates the payload towards orbit. 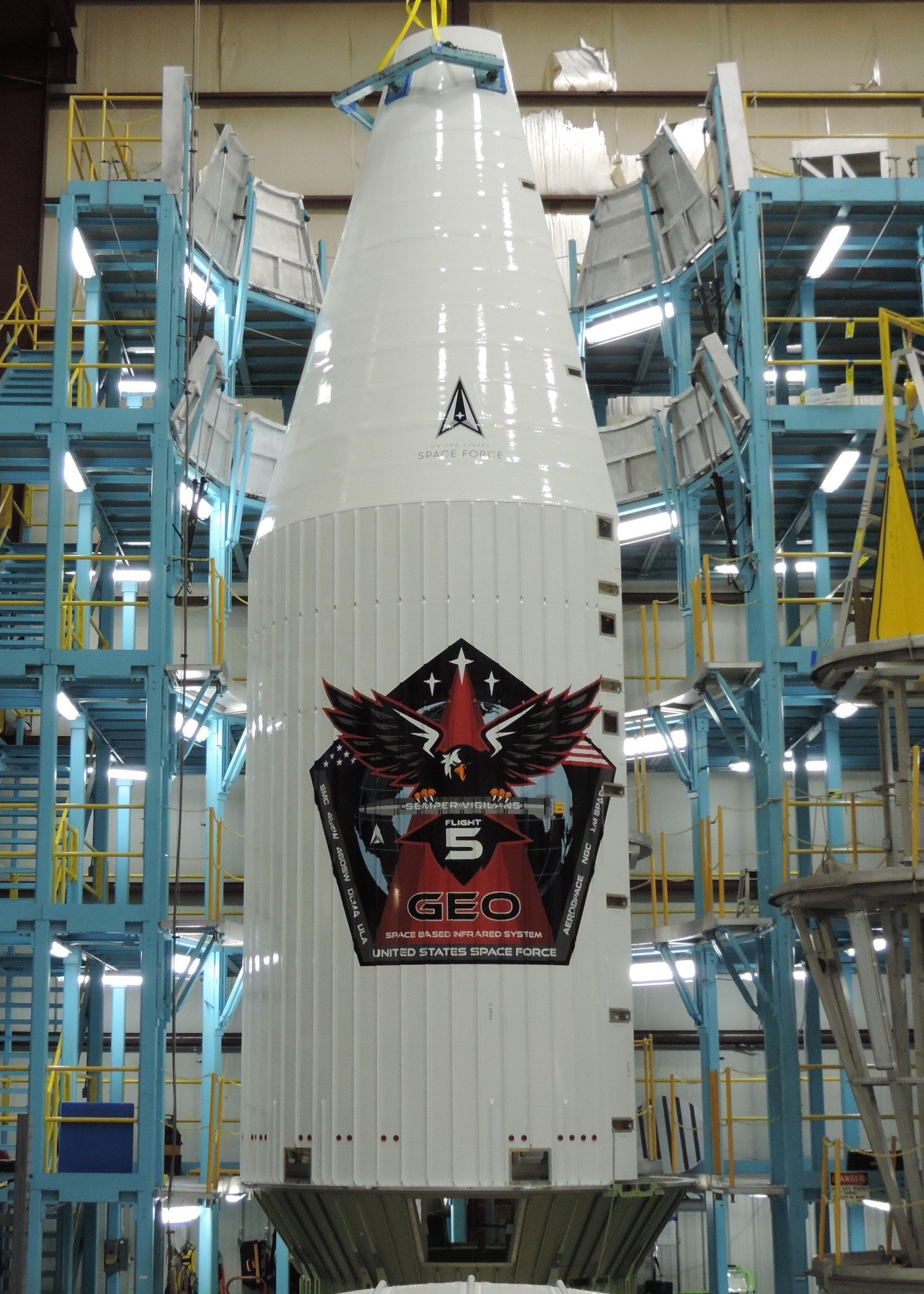 The Atlas V payload fairings are configurable to fit a variety of spacecraft heights, and the 4-meter-diameter (13.7-foot) fairings come in three available lengths. For the SBIRS GEO-5 mission, the longest version will be used, known as the Extra Extended Payload Fairing (XEPF).

All ULA fairings are purpose-built for off-pad payload encapsulation to enhance satellite safety and security and minimize on-pad time. The 4-meter fairings produced in Harlingen are a metallic design and able to vary their lengths by inserting additional cylindrical plugs to achieve the desired specification. The XEPF fairing is 45 feet (13.7 meters) tall and gives nearly six feet (1.8 meters) of additional clearance inside the fairing over the shortest fairing option.

Manufacturing of the fairing begins with the cylinder and the cone sections being assembled separately for both halves. The cone is covered in cork as a thermal shield while the cylinder remains with its metal and ribbing exposed. Then, the two segments are fastened together, spray-painted white and then the mission emblem, provided by the customer, is hand-painted on the cylinder.

The fairing has an uneven surface due to the ribbing, making it nearly impossible to apply decals. That's when local Harlingen artist Dennis Dubose joins the process to painstakingly paint the logo artwork on all Atlas metallic fairings. It is a tradition that is unique to this rocket and this type of fairing.

For SBIRS GEO-5, the five-sided pentagon emblem depicts the American flag and an eagle above the Earth, with the Latin phrase meaning always vigilant, as the star beams its early warning surveillance for missile launch detection. The U.S. Space Force, names of military organizations and industry partners on the mission line the borders.

Once painted, the fairing then goes into a special clean area where the internal acoustic panels are installed, any mission-specific items are added and final assembly of the separation system is completed.

Each half is crated in a metal container and is shipped by road to the launch site as oversized loads.

The Harlingen facility began building components of the Atlas I launch vehicle in the late 1980s. It remains integral to ULA rockets today by building other key Atlas V pieces such as the Aft Transition Structure, booster skirts, Centaur Forward Adapter, the Aft Stub Adapter and Boattail for 4-meter (13.7-foot) payload fairing missions, the Composite Interstage Adapter for 5-meter (17.75-foot) fairing missions, and Payload Adapters. Many of those elements are shipped to the ULA factory in Decatur, Alabama, to be integrated into an Atlas V as its being built.