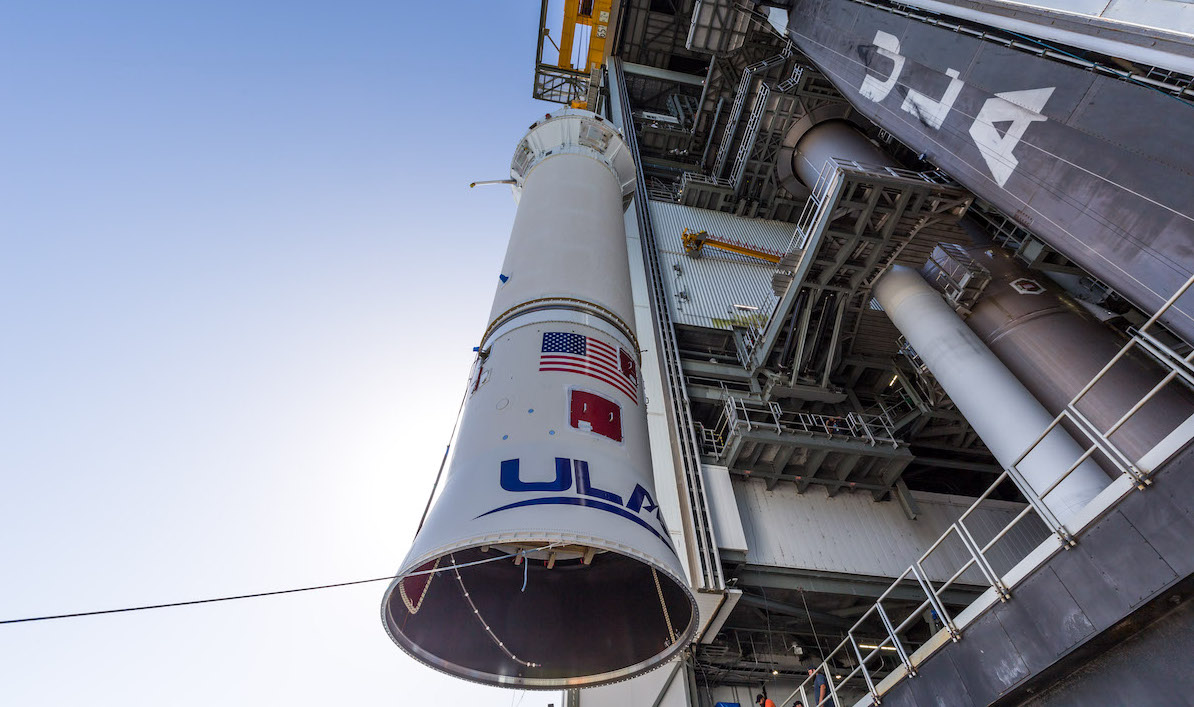 The Centaur upper stage is raised into the VIF. Photo by United Launch Alliance

Atlas V rockets have launched the entire constellation of spacecraft that provides global surveillance to detect missile launches and provide early warning to those in harm's way. The final spacecraft will be added to the fleet with liftoff scheduled for Aug. 4.

The 75th anniversary of the U.S. Air Force will be commemorated by this launch.

The first stage was brought over the road to the VIF and then hoisted vertically to stand aboard the mobile launch platform (MLP), which will carry the completed rocket to the Space Launch Complex (SLC)-41 launch pad for fueling and liftoff. 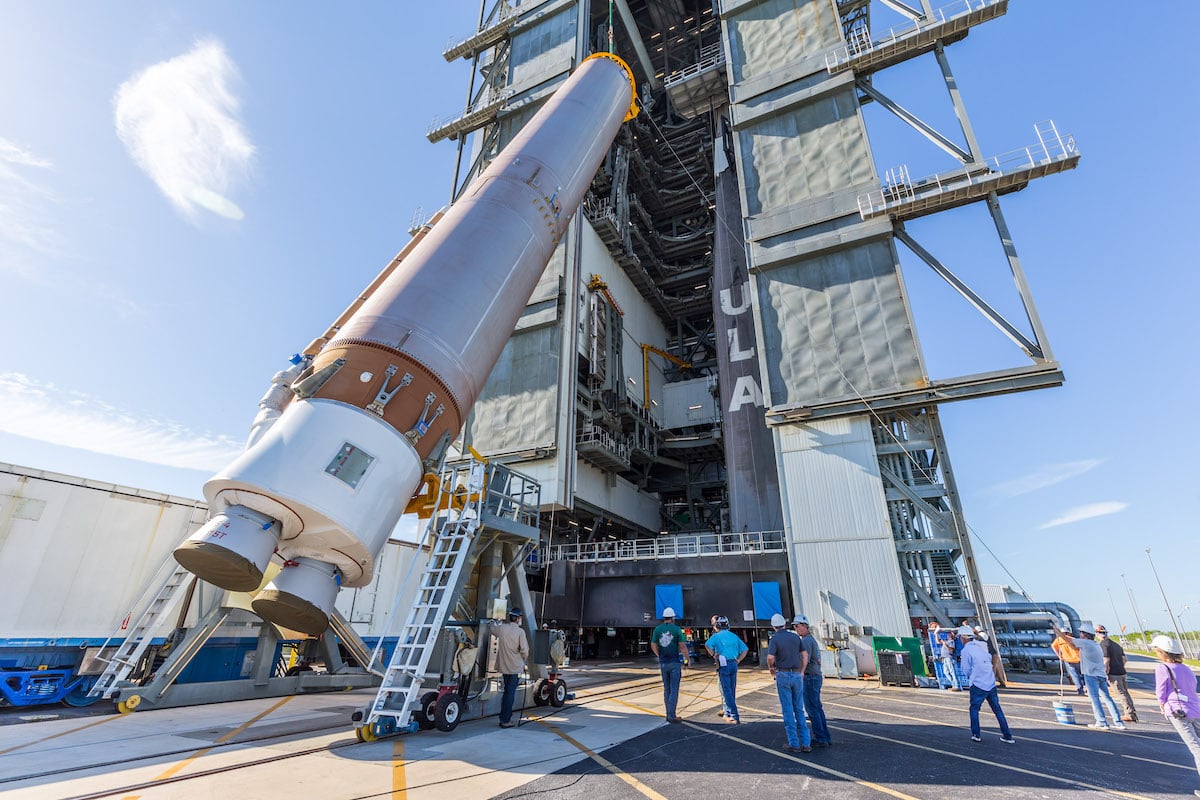 The first stage will consume approximately 48,800 gallons of liquid oxygen and 25,000 gallons of highly refined kerosene propellant to generate 860,200 pounds (3.83 mega-Newtons) of thrust to power the Atlas V during the initial four minutes of flight.

On July 13-14, two GEM 63 SRBs were attached to opposite sides of the first stage. They will be ignited at liftoff to augment the main engine and provide nearly half of the energy of launch, each delivering 371,550 pounds (1.6 mega-Newtons) of thrust through the initial 90 seconds of flight.

The Centaur upper stage was lifted into the VIF on July 15 and connected to the first stage. The cryogenic stage's single RL10C-1-1 engine -- the newest and higher performing variant of the venerable engine family -- burns liquid hydrogen and liquid oxygen to produce 23,825 pounds (106 kilo-Newtons) of thrust. 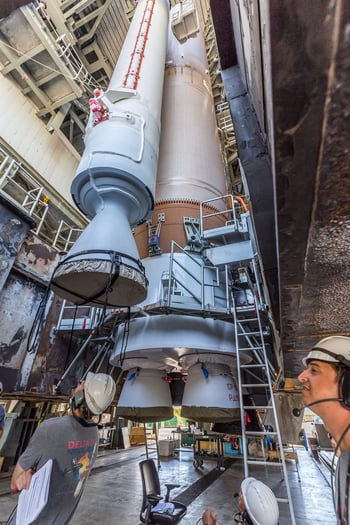 Testing of rocket systems will be completed over the coming days, leading to the encapsulated payload arriving at the VIF for integration atop the Atlas V later in July for final launch preps.

Atlas V's optimized flight design will deliver SBIRS GEO 6 into a more energetic-than-standard geosynchronous transfer orbit that puts the payload closer to its operational orbit. Those actions by the rocket allow the satellite to conserve its onboard fuel supply to enable a longer mission life.

The SBIRS GEO 6 mission will be the 677th launch of an Atlas and the 377th to originate from Cape Canaveral. It also marks the 95th Atlas V mission and the rocket's 56th with a dedicated U.S. national security payload.

This is the 9th Atlas V 421 configuration, which first flew in October 2007 to successfully launch the Space Force's WGS-1 communications satellite. This variant also launched missions for the NRO, NASA and commercial clients.