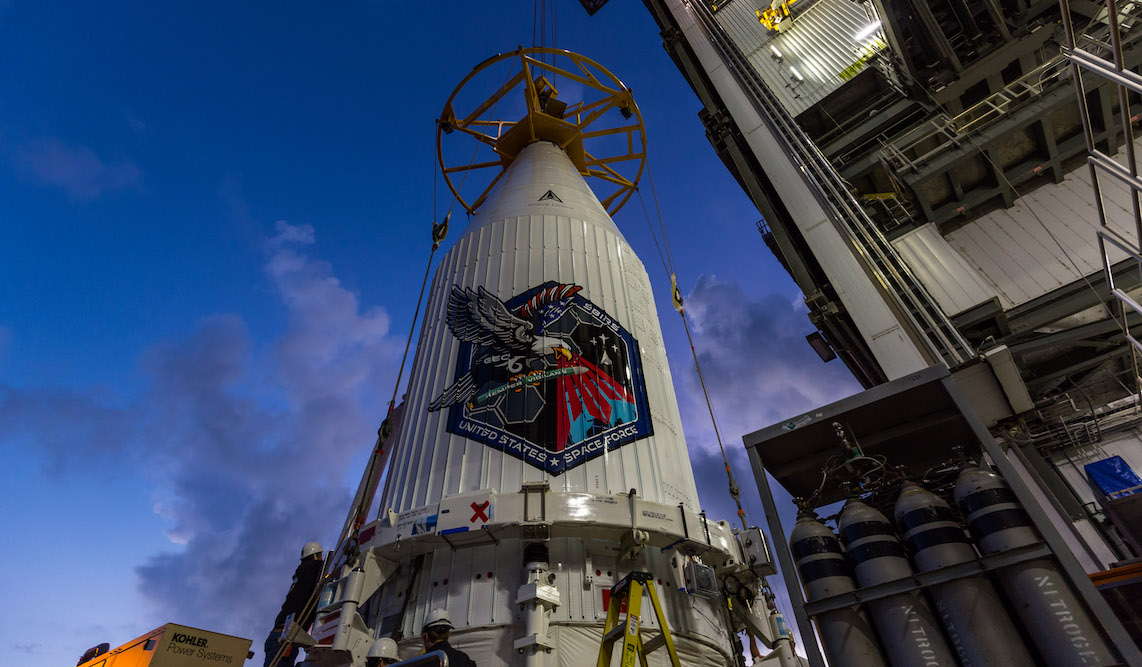 The payload was transported to Cape Canaveral's Vertical Integration Facility (VIF) July 26 and hoisted aboard the rocket for the planned launch on Aug. 4. The mission, ULA's 152nd overall and 95th for U.S. national security, is being performed for the Space Force's Space Systems Command (SSC).

SBIRS arrived at the VIF already encapsulated within ULA's Extra Extended Payload Fairing (XEPF), which was built in Harlingen, Texas, and is the longest of the Atlas V's aluminum fairings at 45 feet (13.7 meters) in length and 13.8 feet (4.2 meters) in diameter. It protects the sophisticated spacecraft during the rocket's high-speed climb through the Earth's atmosphere. 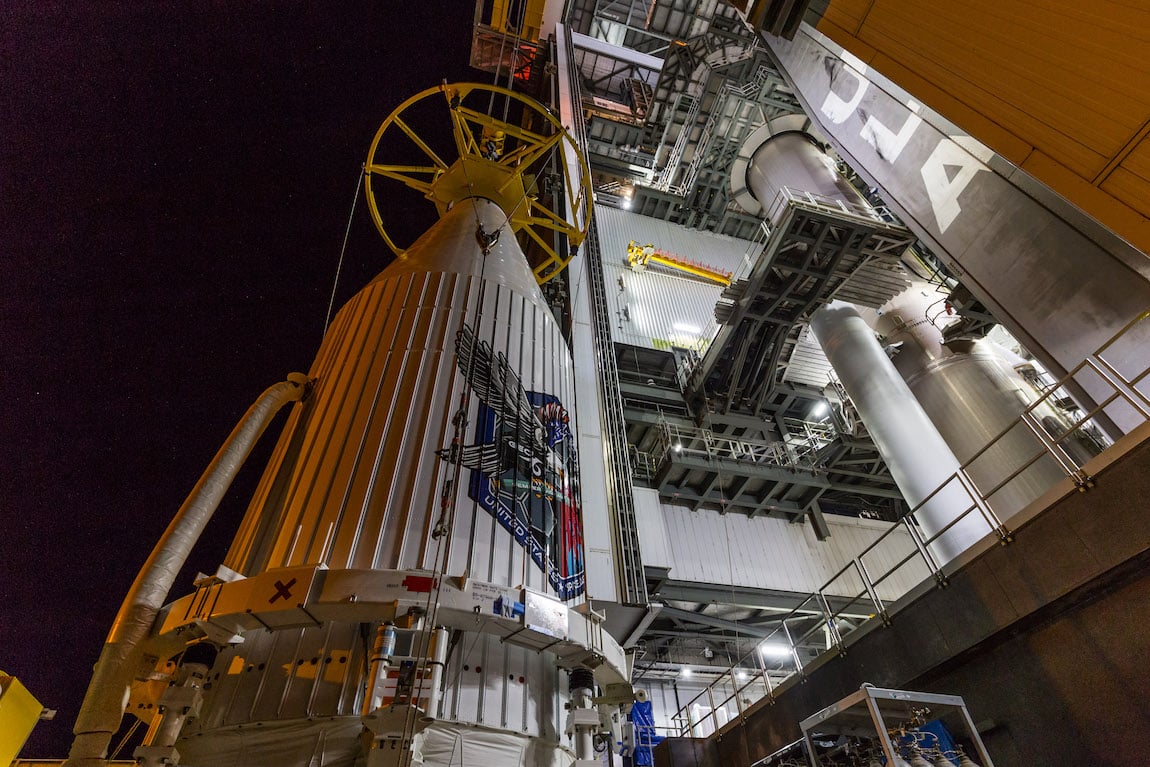 The ascent, from liftoff to spacecraft separation, will last three hours and use three burns by the Centaur upper stage to maximize the Atlas V performance for delivery of the payload into the best orbit possible.

The first stage of flight lasts more than four minutes, reaching approximately 12,500 mph (20,000 kmph) at engine cutoff and staging. The first Centaur burn powers the stage and payload to orbital velocity and the subsequent two burns then shape the orbit with an apogee at geosynchronous altitude, a lofted perigee above 3,000 miles (4,800 km) and a reduced inclination relative to the equator.

After separation from Centaur, SBIRS GEO 6 will use its own propulsion system to complete maneuvers necessary to reach a circular geosynchronous orbit 22,000 miles (35,500 km) above the Earth. Atlas V's optimized flight design delivers the payload closer to its operational orbit, thereby conserving the satellite's onboard fuel supply to enable a longer mission life. It will join the Space Force's orbiting Overhead Persistent Infrared (OPIR) missile warning constellation.

SBIRS GEO 6 was built by Lockheed Martin in Sunnyvale, California, on the company's modernized, modular LM 2100™ combat bus. The design offers greater resiliency and cyber-hardening against growing threats, as well as improved spacecraft power, propulsion and electronics. The satellite, like its five predecessors, is equipped with scanning and staring infrared sensors produced by Northrop Grumman Electronic Systems, the payload integrator.

According to the Space Force, the scanning sensor continuously observes the Earth to provide 24/7 global strategic missile warning capability. Data from the scanner also contributes to theater and intelligence missions. The step-staring sensor, with its highly-agile and highly-accurate pointing and control system, provides coverage for theater missions and intelligence areas of interest with its fast revisit rates and high sensitivity.

The SBIRS program consists of a network of satellites to support missile warning, missile defense, battlespace awareness and technical intelligence. The spacecraft continue to serve as the tip of the spear for global missile warning as ballistic missile threats proliferate around the world.