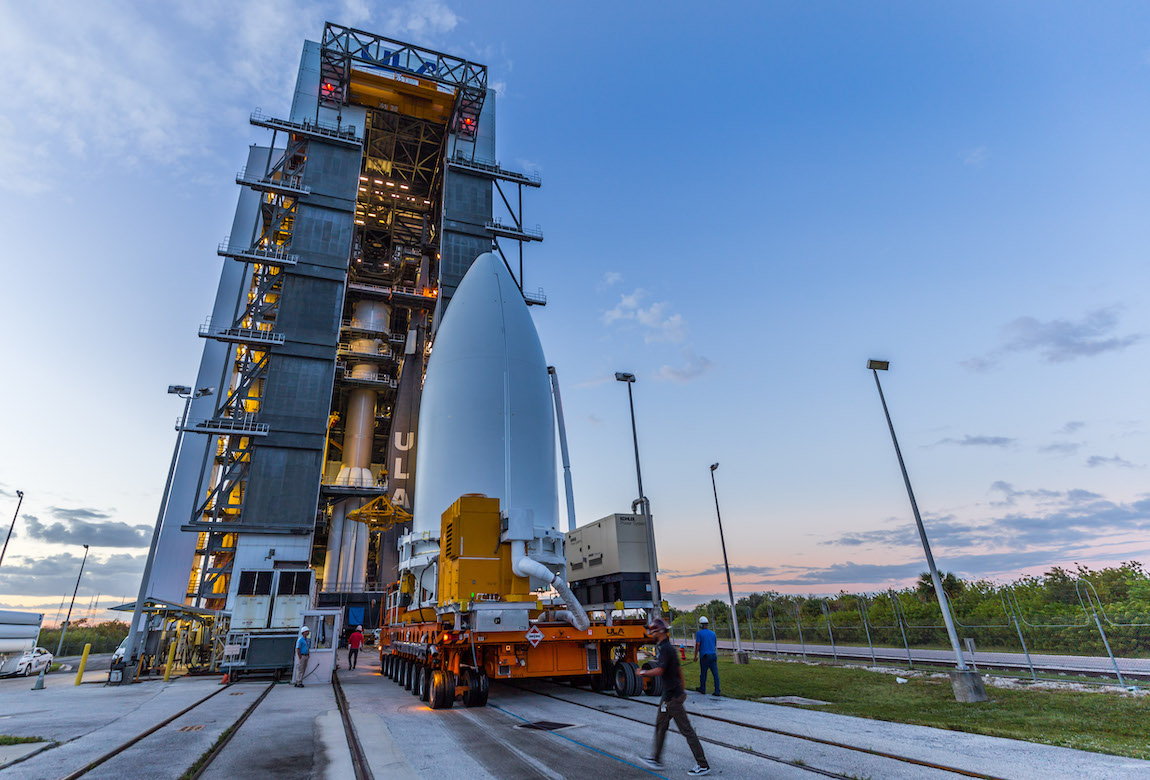 United Launch Alliance (ULA) rockets are known for their superior accuracy in deploying satellites into space with bullseye precision, a distinction that has been sharpened over decades of flights. Now, the Atlas V rocket will demonstrate Enhanced Navigation for the first time on the upcoming Space Test Program (STP)-3 mission.

Developed by ULA engineers to meet the exacting requirements for deploying the STP-3 payloads into geosynchronous orbit, Enhanced Navigation acquires location and velocity information from Global Positioning System (GPS) satellites as an additional input to the Atlas V guidance computer.

The innovation takes advantage of the GPS receiver already mounted aboard the Atlas V to supply tracking data for range safety. New cabling routes to the GPS signals into the rocket's flight computer, called the Inertial Navigation and Control Assembly (INCA), to improve the Centaur upper stage's knowledge of its position and velocity.

"The system takes the heritage flight computer navigation state and augments it with a GPS-derived navigation state to reduce errors. The result is reduced uncertainty on the injection orbit," Driver said.

"We can better predict our injection accuracy, which translates into advantages for our spacecraft customers in terms of arriving on-orbit faster, increased lifetime or some combination of both."

While the Enhanced Navigation capability was developed as part of the STP-3 mission integration to fulfill ULA's obligations in this U.S. national security launch, the system will be available for use on all Atlas V missions going forward.

"The development effort presented several challenges related to how we test and validate the system," Driver said. "Collaboration with industry experts resulted in some ground-based mobile tests as well as flying the system in a shadow mode on an earlier flight."

The system flew on an Atlas V mission last year, operating only in the background and not feeding the GPS navigation into the flight computer. Results of the test, relayed to the ground in the vehicle telemetry, showed the enhancement was even better than expected.

The Interim Cryogenic Propulsion Stage (ICPS), built by ULA under a partnership with Boeing for NASA's Space Launch System, will use the Enhanced Navigation on the Artemis missions to the Moon.

Enhanced Navigation will also be incorporated into ULA's next-generation Vulcan Centaur rocket in the future.