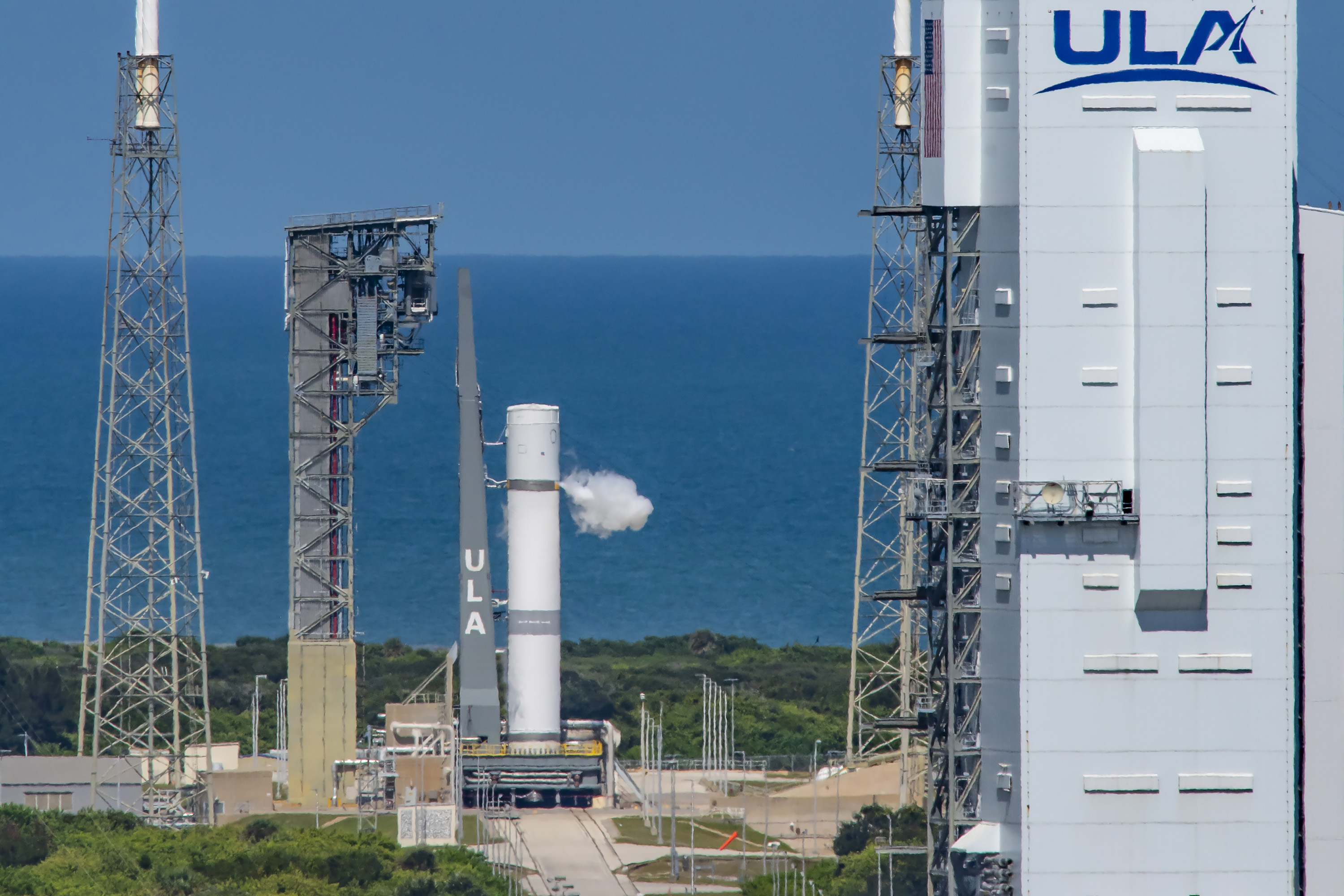 The United Launch Alliance (ULA) Vulcan Centaur program successfully completed the initial round of pathfinder activities at Cape Canaveral by performing a countdown test on Tuesday, Oct. 5 to rehearse all aspects of launch day operations.

The PTT booster will fly to space on a later mission. It is fitted with two development BE-4 engines, which were extensively hot fired and will be replaced with flight engines prior to launch.

On Tuesday, the comprehensive countdown rehearsal began before dawn under the guidance of ULA Launch Conductor Dillon Rice and two dozen certified console operators in the Launch Control Center.

The rocket systems were powered up and tested while a separate team of technicians at SLC-41 configured the pad for cryogenic fueling operations. At T-minus 3 hours, the countdown entered a planned hold to clear the launch complex and poll launch controllers to verify readiness to proceed into fueling. ULA Launch Director Lou Mangieri authorized the "go" to continue the test.

Once the clocks resumed ticking, thermal conditioning of the liquid oxygen system, called chilldown, began at the pad. That was followed a few minutes later by the liquefied natural gas (LNG) propellant system chilldown. Evaluating the thermal characteristics and amount of time needed for chilling were key objectives of this day-of-launch rehearsal.

LNG began flowing into the Vulcan PTT stage first, once chilldown parameters were satisfied. Liquid oxygen chilldown of the internal feedline within the stage followed the ground infrastructure chill, and then the tank filling commenced. 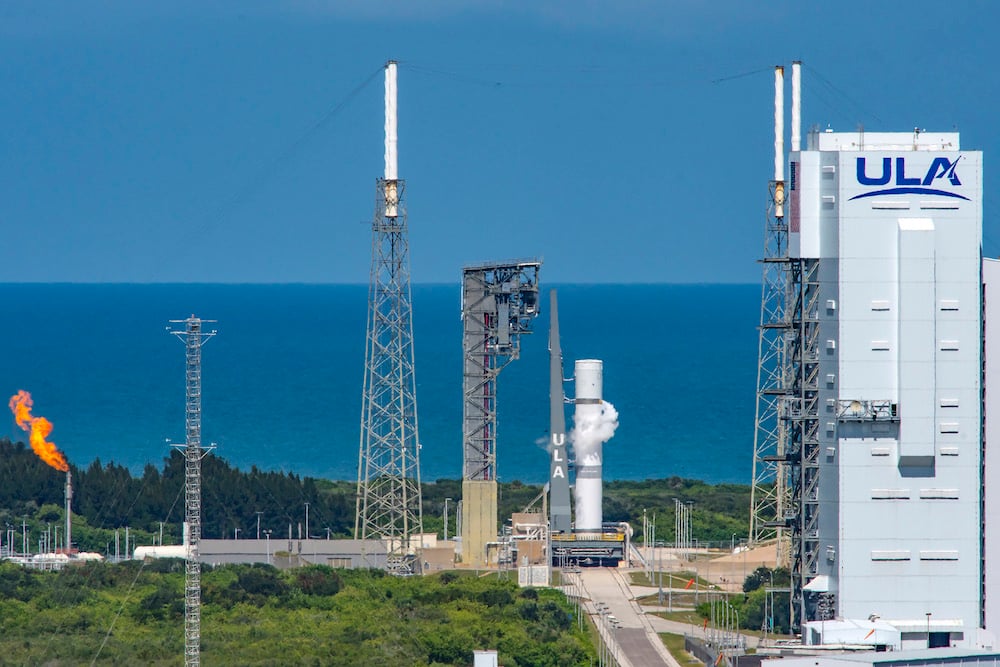 This was the first time a Vulcan had ever been loaded simultaneously with both commodities. Previous successful tanking tests at SLC-41 loaded only liquid oxygen on Aug. 30 and only LNG on Sept. 21.

Controllers called out tank levels as the rocket stage developed the customary layer of ice on its exterior. The cryogenics flowed from the pad storage tanks to the VLP and then into the rocket from umbilicals connected to the platform's mast.

The tanks reached topping mode as a bright white plume of gaseous oxygen vented from the top of the rocket's liquid oxygen tank and LNG vapors went to a nearby flame stack to be burned off.

The countdown arrived at the T-minus 5 minute point for another planned, built-in hold. Technical specialists from ULA's Denver design center, the Cape launch team and Vulcan leadership were polled, giving a unanimous "go" to enter into the terminal count. The previous tanking tests had not progressed into the final phase of the countdown.

As clocks resumed, the rocket's vent valves were closed and the LNG and liquid oxygen tanks were pressurized to flight level to further validate analytical predictions. The countdown successfully continued all the way to T-0.

The dual commodity test provided Vulcan engineers with real-life data on conditioning the core stage, the timelines to accomplish chilldown and tank filling to reach topping mode, calibrating the propellant flow rates through the pad's upgraded systems and the fill/drain and topping valves, and bringing the engines into their prescribed start parameters.

All of the tanking tests utilized the significant modifications made to SLC-41 that transformed the site into a dual-use pad to seamlessly handle both Atlas V and Vulcan overlapping manifests. The work included a newly installed LNG storage area featuring three reservoirs and upgrades made to the booster liquid oxygen transfer lines for more efficient loading.

Tuesday's experience proved the extensive effort to design and build the next-generation launch system is moving ever closer to the inaugural flight. The accomplishment of a successful countdown test also signals the conclusion of the first set of PTT activities.

Later this fall, the PTT stage will be removed from the VLP in preparation for shipment back to the ULA rocket factory in Decatur, Ala., to be outfitted with flight engines.

The second pathfinder is planned for next year using the first flight article Vulcan for additional demonstrations at the pad that culminate with a Flight Readiness Firing (FRF) of the rocket's two main engines.