RocketStars: McFarland is one of ULA's most experienced teammates 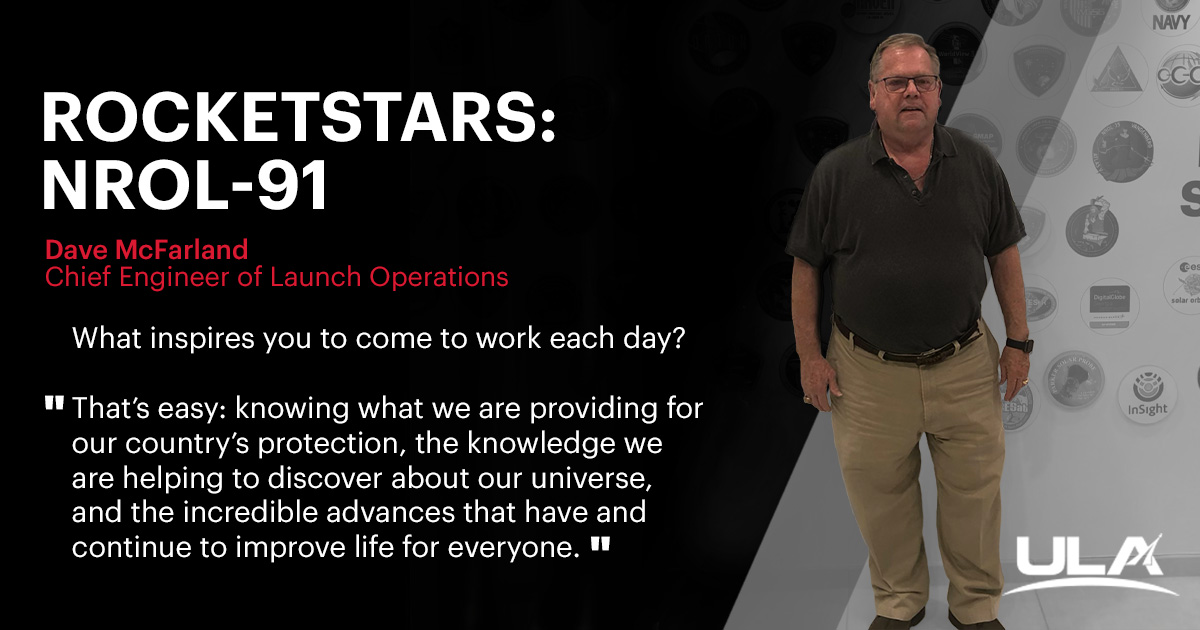 With a legendary career spanning 45 years, it is impossible to adequately describe David McFarland's vast contributions to America's space launch capabilities, from a propulsion engineer on workhorse rockets to crafting new launch sites to his role today as the United Launch Alliance (ULA) chief engineer of Launch Operations.

He will be stationed in launch control on Sept. 24 as the anomaly chief during the final West Coast flight of the Delta IV Heavy rocket from Space Launch Complex (SLC)-6, a historic pad he helped make ready for the national security needs of the country two decades ago.

Dave has always been a Delta guy. He started with McDonnell Douglas fresh out of college in 1977, supporting the Delta 132 launch of a weather satellite. A half-century later, he is working Delta 387 to launch the NROL-91 mission for the National Reconnaissance Office.

Dave's work has included designing hypergolic propellant transfer systems for Delta, implementing the pneumatic systems on the maiden Delta II first stage, being the lead engineer for the Delta II second stage High Pressure Test Facility, upgrading ground systems to support the Delta II program on both coasts, and even spending a few monthsin Nagoya, Japan, as a liaison to the N-II rocket development at Mitsubishi Heavy Industries.

He was involved with all 155 launches of his beloved Delta II, the venerable rocket that built the original Global Positioning System (GPS) navigation network and sent spacecraft on exploration missions across the solar system. The dependable Delta II provided the lifts to reignite NASA's pursuits to understand Mars, visit comets and asteroids, and so much more.

In 1996, he was assigned as the lead engineer for the design and implementation of all ground systems for the Delta III rocket at Cape Canaveral's SLC-17B. Dave proudly notes that all work completed was on budget, on time and met requirements for the stepping-stone launch vehicle.

Next, in 1998, came the assignment to be the senior manager and chief engineer to design and build all ground systems needed for the much larger Delta IV rocket at the Cape Canaveral's SLC-37B and Vandenberg's SLC-6, then to grow and transition the engineering team to conduct launch operations.

"My engineering team was responsible for the design, procurement, installation, and validation of all of the systems supporting the two pads. We were also responsible for authoring and directing all of the operational procedures used to assemble, test, and launch the Delta IV," Dave said.

The fruits of that hard work were realized with the successful inaugural Delta IV launch from the East Coast on Nov. 20, 2002, and the West Coast debut on June 27, 2006, exactly 29 years to the day after he started on Team Delta.

While SLC-37 had its origins with the Apollo-Saturn rocket program, SLC-6 had a checkered past. "Slick Six" was constructed by the Air Force in the 1960s for the Manned Orbiting Laboratory program and modified in the 1980s to be a polar launch site for the space shuttle. But both projects were cancelled before the site hosted a launch of either vehicle. It was briefly used in the 1990s for Lockheed Martin's small Athena rocket, hosting four launches. 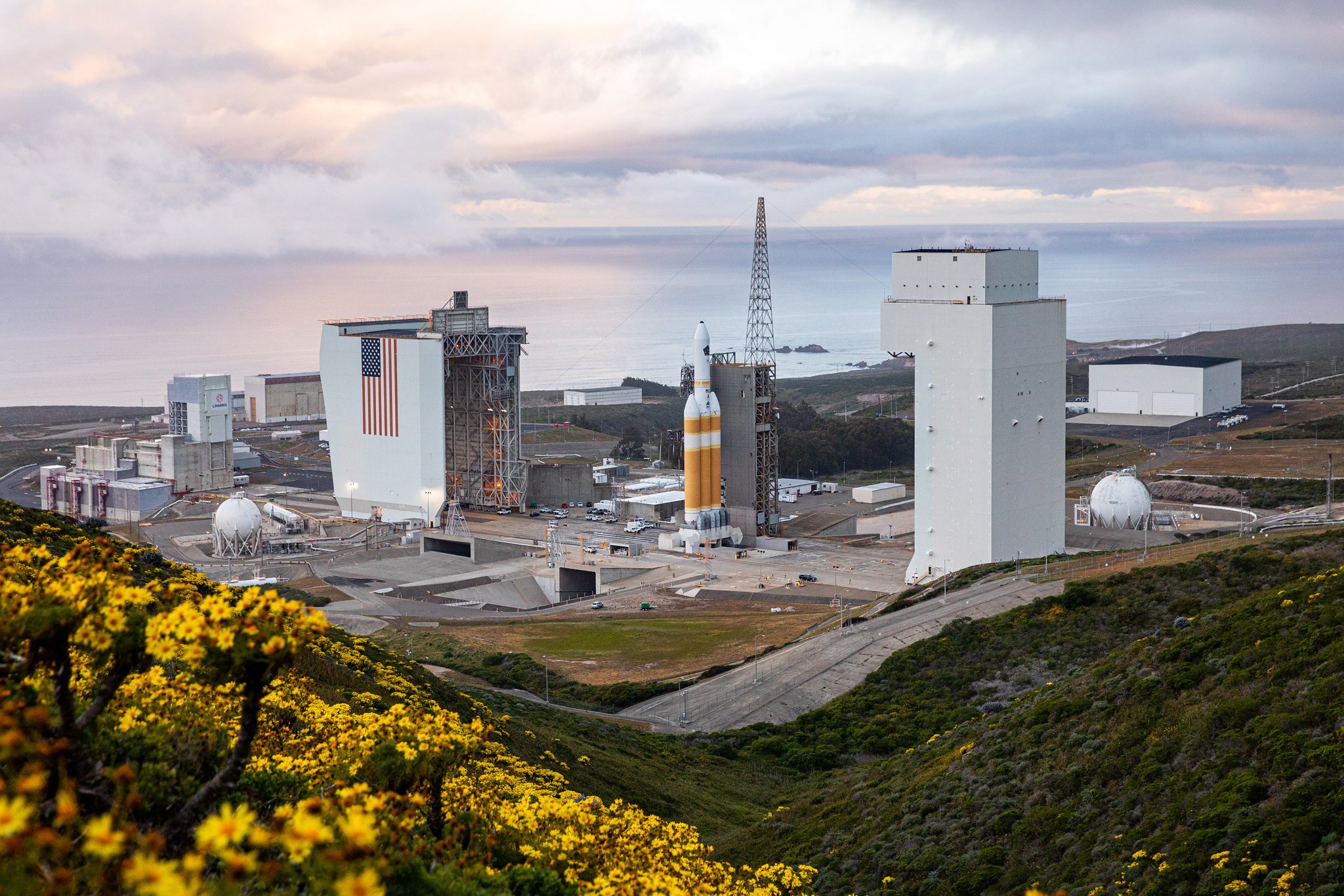 Boeing took possession of the pad as part of the Evolved Expendable Launch Vehicle (EELV) program in 2000 and started an extensive overhaul to rejuvenate the complex to support the Delta IV. The launch table was constructed, a hydraulic erector system installed, the Fixed Umbilical Tower modified and swing arms added, the Mobile Service Tower was retrofitted and a nearby Horizontal Integration Facility built. Today's Delta Operations Center (DOC) was originally built as the space shuttle launch control center.

"So it was extremely gratifying to lead the team that had the successful launch of Delta IV from SLC-6 with NROL-22 in June 2006. After many successes, I do feel sad but also great pride to see NROL-91 close out the Delta IV/SLC-6 era," Dave said.

Dave joined ULA at its creation that brought together the Atlas and Delta rocket families, and he was named the company's first chief engineer for ULA Launch Operations to hold the technical responsibilities for all sites. He has been a part of all 152 consecutive successful launches performed by ULA in the past 15 years using Atlas V, Delta II and Delta IV rockets.

In addition to all those launches, plus the Delta, Delta II, Delta III and Delta IV missions before ULA, Dave also worked on the Payload Assist Modules (PAM-D and PAM-DII) on numerous space shuttle missions prior to the Challenger. All told, his tally stands at about 370 launches to date, including more than a dozen missions to Mars and five surface rovers.

"I've been fortunate to be part of the teams that in my career have launched hundreds of missions that have protected our country, explored the universe, and have changed and improved life throughout the world," Dave said.

"My favorite lesson to pass on: we're only as good as our next launch." 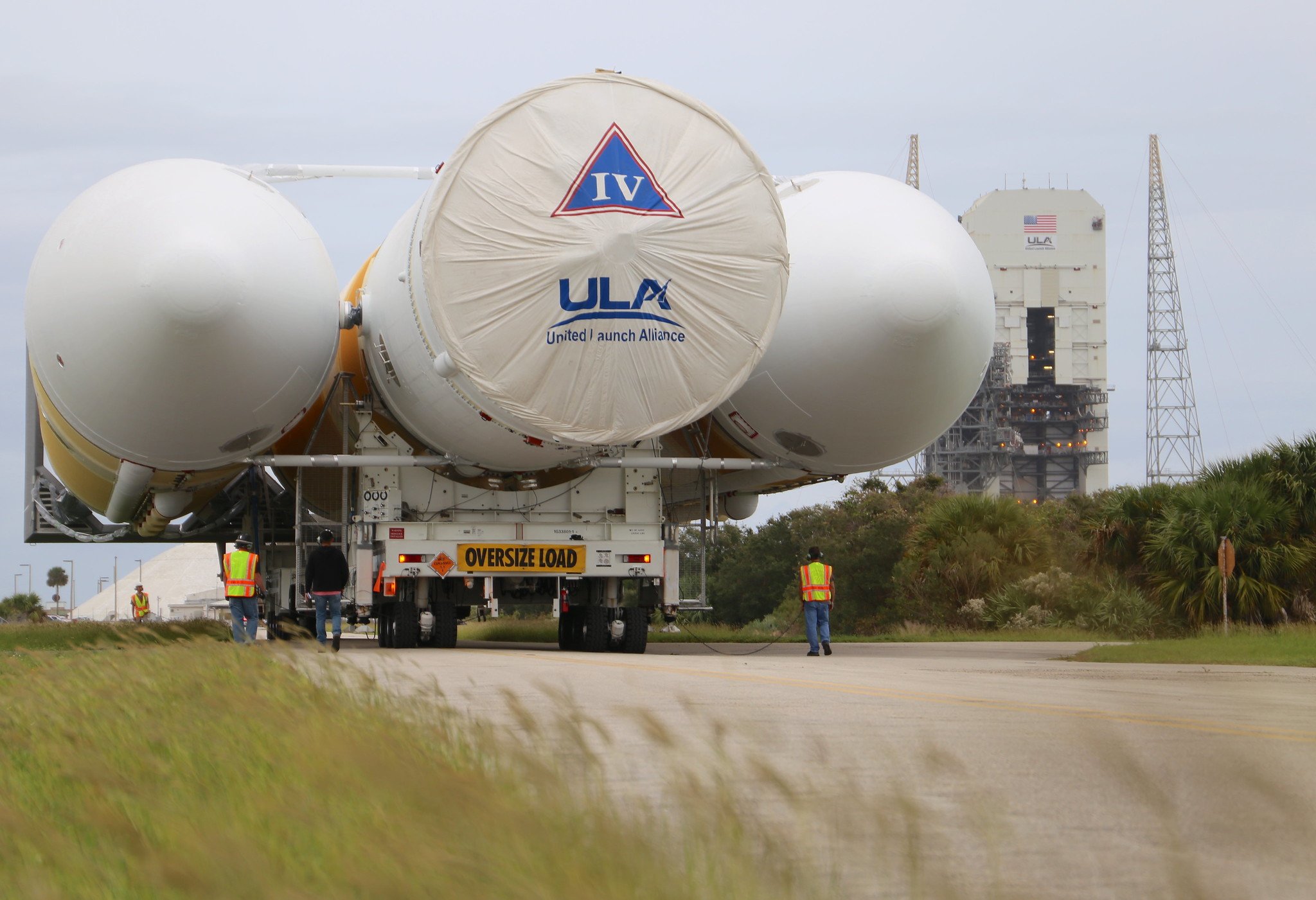 Today, Dave is one of the most experienced teammates at ULA. He puts that expertise to use as the anomaly chief, on launch days, a position in the launch control room that directs engineering teams who resolve technical issues that arise in the countdown.

"In our heritage companies, the role of managing and resolving anomalies during launch countdowns has been the duty of the launch team's chief engineer, and there has been numerous different call signs. My first time in that position was the first Delta IV mission in November 2002. In 2008, ULA standardized the name of the position as the anomaly chief, or AC for short," Dave said.

He will be the "AC" during the NROL-91 countdown, ready to help resolve any issues that need to be addressed by leading the team of ULA and government partners through a professional process.

"When the anomaly is first discovered, we must determine and implement any immediate action that is necessary to safe the spacecraft, the rocket, and the ground systems. Once safe conditions are established, I’ll gather the Anomaly Team personnel affected by the situation and lead them through the evaluation," Dave said.

"We’ll clearly establish the anomalous condition versus the system requirements, and we’ll determine if any troubleshooting tests are needed for additional data. When a path forward has been established, I will formulate our recommendation and poll the Anomaly Team for concurrence.

"Once agreed to, I’ll take the recommendation to the Launch Conductor, the Launch Director, and the Mission Director for their approval to implement the plan forward. The AC must do all of this in an expedited manner, recognizing that we are in a countdown with limited time leading to a specific launch window. The Anomaly Team will take the time needed to reach an agreement, and sometimes that agreement is to recommend standing down from the launch attempt."

Dave was born in Oak Park, Illinois, a suburb of Chicago. His father was in retail and that job led the family to live in various cities in the Midwest. For college, he had a desire to go to a school outside of the Midwest, and Arizona State had the exact curriculum he was looking for in aeronautical engineering with a minor in management.

The McFarland legacy continues at ULA, as his daughter, Heather, joined the team in 2017, and specializes in public relations on the rockets her dad spent his life developing and launching.

It will be the 95th and final launch for the Delta family of rockets from Vandenberg. The legacy of Delta began in 1966 with the successful launch of the Environmental Science Service Administration (ESSA)-3 polar-orbiting weather satellite. What followed was decades of missions with a respected track record of success.

The upcoming launch will be the 10th flight of a Delta IV rocket from SLC-6 and the fifth by a Delta IV Heavy rocket. All of the missions have carried critical national security payloads.

The conclusion of California launches of Delta is part of ULA's evolution to the next generation Vulcan Centaur rocket that brings greater performance and affordability with a streamlined single-core booster.