AEHF-5: Next Atlas V arrives at launch site from factory 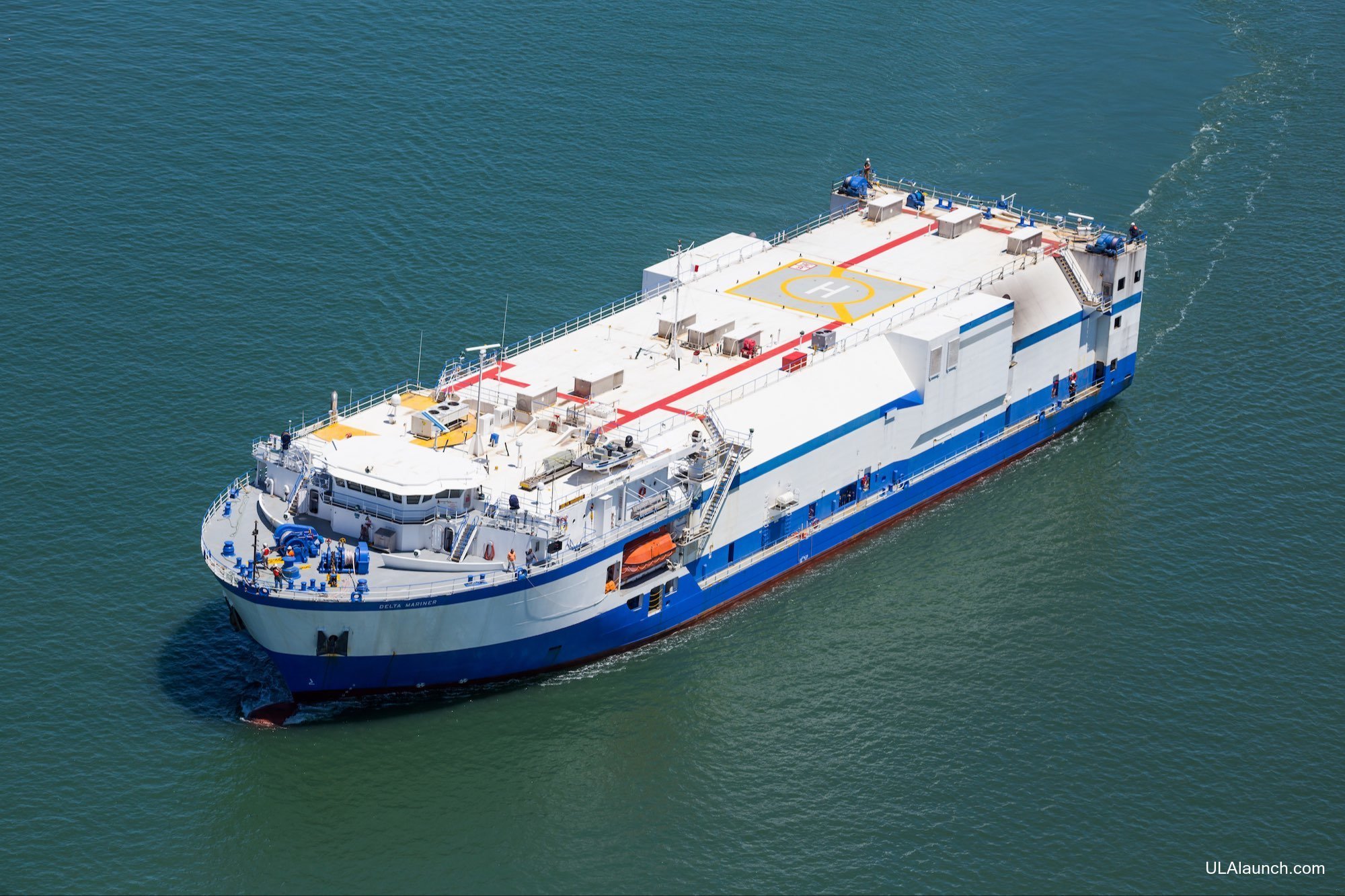 United Launch Alliance's sea-faring cargo vessel has delivered the Atlas V rocket to the Cape Canaveral launch site from our manufacturing facility in preparation for boosting a U.S. national security asset into space this summer.

The Mariner ship set sail April 13 from the ULA’s factory in Decatur, Alabama, for the trek to Florida's east-central coast carrying the Atlas V common core booster first stage and the Centaur upper stage that will perform ULA's next mission for the U.S. Air Force.

After docking at Port Canaveral over the weekend, crews offloaded the stages this morning. The first stage was driven to the Atlas Spaceflight Operations Center (ASOC) to undergo receiving checks and preparatory steps for its upcoming vertical stacking to launch. The Centaur, meanwhile, will be integrated to the interstage adapter and lower portion of the payload fairing in the coming weeks. 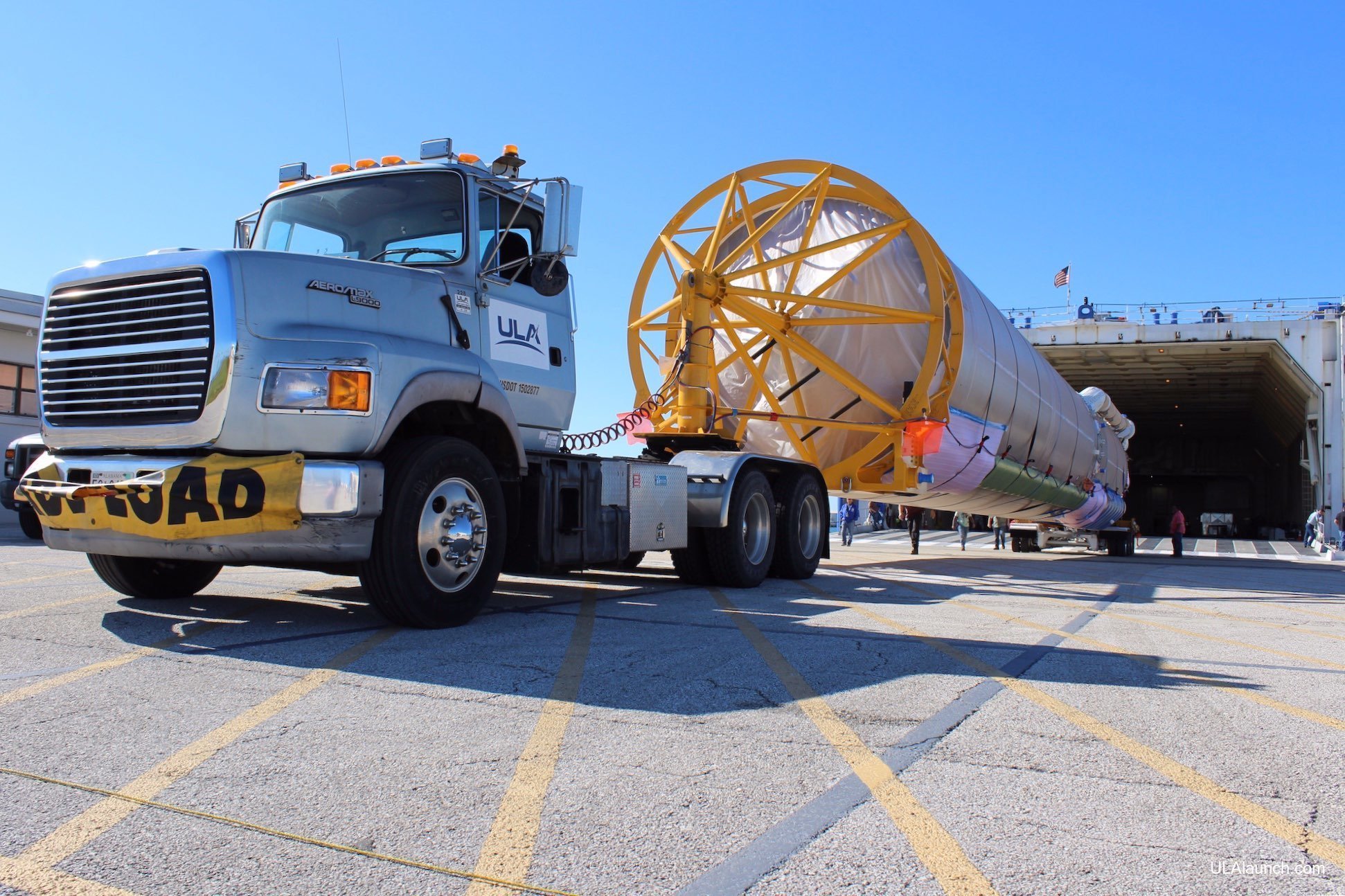 ULA has used Atlas V rockets to successfully deliver the four previous AEHF satellites into space for the Air Force. The launch of AEHF-5 is targeted for June 2019.

This will be the 80th flight of the Atlas V rocket and the 10th in the powerful 551 configuration with five side-mounted solid-fuel boosters for maximum takeoff thrust. 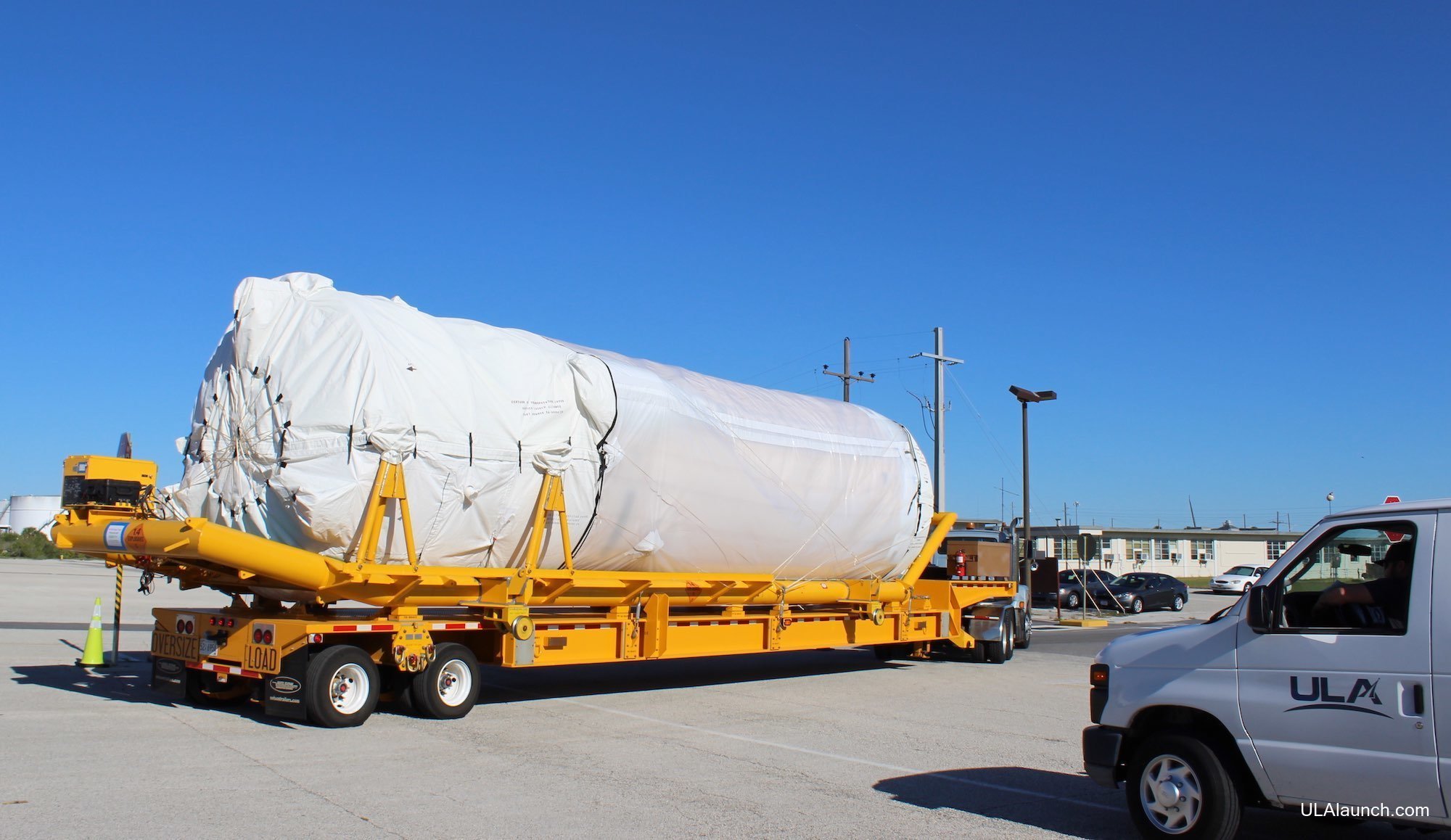