With less than two months until launch, the Atlas V rocket has arrived at Cape Canaveral from the factory for its mission to send NASA's Perseverance rover to Mars in search of ancient life. 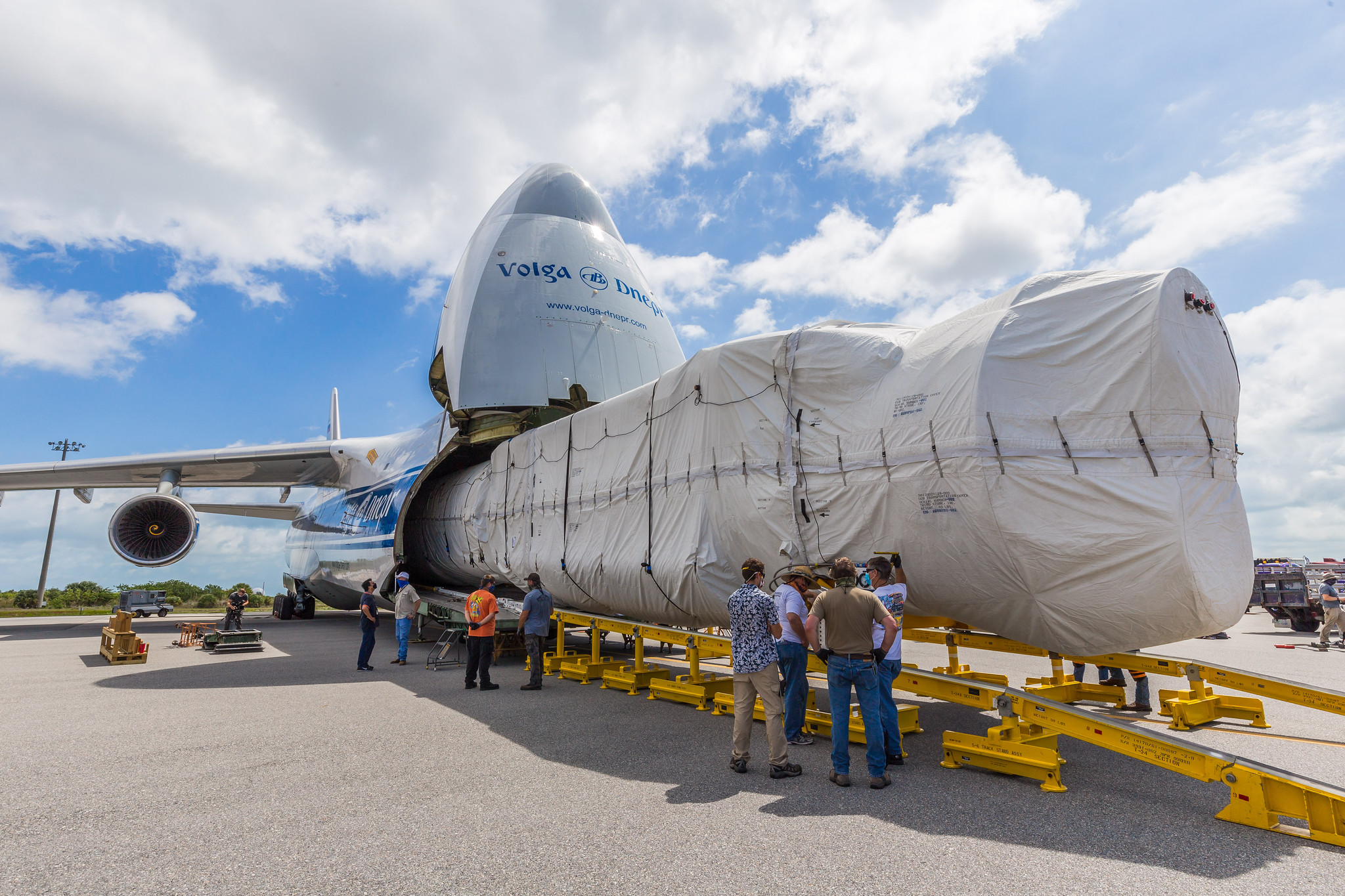 The rocket's first stage was delivered from ULA's manufacturing plant in Decatur, Alabama, aboard the massive Volga-Dnepr Antonov AN-124-100 cargo aircraft. The 107-foot-tall Atlas booster was loaded into the jet in Huntsville for the flight to the Skid Strip runway at Cape Canaveral Air Force Station on Monday, May 18.

The Antonov was parked at the runway's ramp, the front of the aircraft swung open and technicians offloaded the rocket today, May 19, for transport to the Atlas Spaceflight Operations Center (ASOC). The stage was wrapped in a protective covering for the trek from the factory.

At the ASOC, the stage will undergo receiving checks and ordnance installations before moving soon to the Vertical Integration Facility to begin stacking operations.

The first stage joins the Centaur upper stage already delivered to the Cape for the Perseverance launch. Centaur was driven from Decatur to the launch site in an over-the-road shipping trailer in mid-April to begin its pre-flight processing.

Since the Atlas first stage is too large to be transported across the Southeast U.S. by road, air-delivery by the Antonov is an alternative way to deliver the rocket.

The primary mode of transportation that ULA uses is the R/S RocketShip (learn more about the ship), the rocket-carrying cargo vessel that can navigate both shallow rivers and vast ocean travel.

But RocketShip has been occupied delivering the entire Delta IV Heavy rocket -- three common booster cores, Delta Cryogenic Second Stage and payload fairing -- to Vandenberg Air Force Base in California, via the Panama Canal, for an upcoming national security launch.

The Delta IV cores are too large for either road transport or the Antonov, making RocketShip the only method of taking the rocket to the launch site.

But the smaller diameter of Atlas allows its main stage to be compatible with both the RocketShip and the Antonov.

The Perseverance launch is planned for July 17 from Space Launch Complex-41 when the window of planetary alignment between Earth and Mars opens to dispatch the rover.

ULA and its heritage rockets have launched every U.S. mission to Mars. Atlas V, in particular, will be launching to Mars for the fifth time with Perseverance.