Solar Orbiter joined to Atlas V for launch to sun 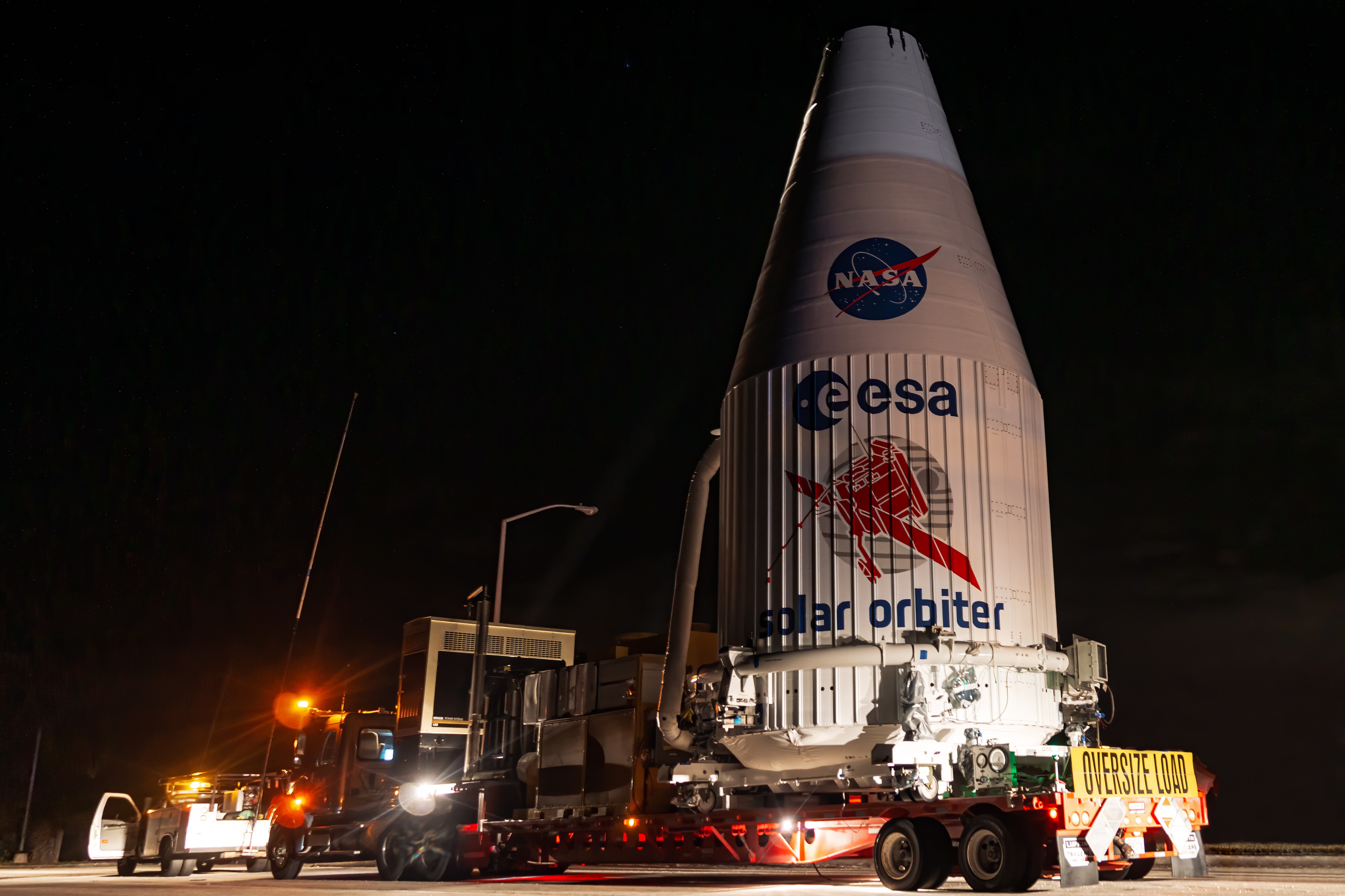 Solar Orbiter has been hoisted atop its United Launch Alliance Atlas V rocket that will launch the spacecraft to the sun for repeated close encounters and detailed observations over the next decade.

The spacecraft will examine how the sun creates and controls the heliosphere, the vast bubble of charged particles blown by the solar wind into the interstellar medium. Solar Orbiter also will combine in situ and remote sensing observations to gain new information about the solar wind, the sun's magnetic field and solar energetic particles.

In the predawn darkness today, the encapsulated payload traversed from the Astrotech processing facility in Titusville, through Kennedy Space Center and over to the Vertical Integration Facility (VIF) were the Atlas V rocket was assembled for launch.

The VIF crane raised the payload atop the Centaur upper stage for attachment to complete the 189-foot-tall rocket.

The trip was delayed two days by a scheduling conflict with a commercial mission from a nearby launch complex and inclement weather.

The 850,150-pound Atlas V rocket will accelerate Solar Orbiter to 27,000 mph on an Earth departure trajectory to the inner solar system. The spacecraft will reside in an elliptical orbit and make a close approach of the sun every six months, swinging by within 26 million miles of the star's surface.