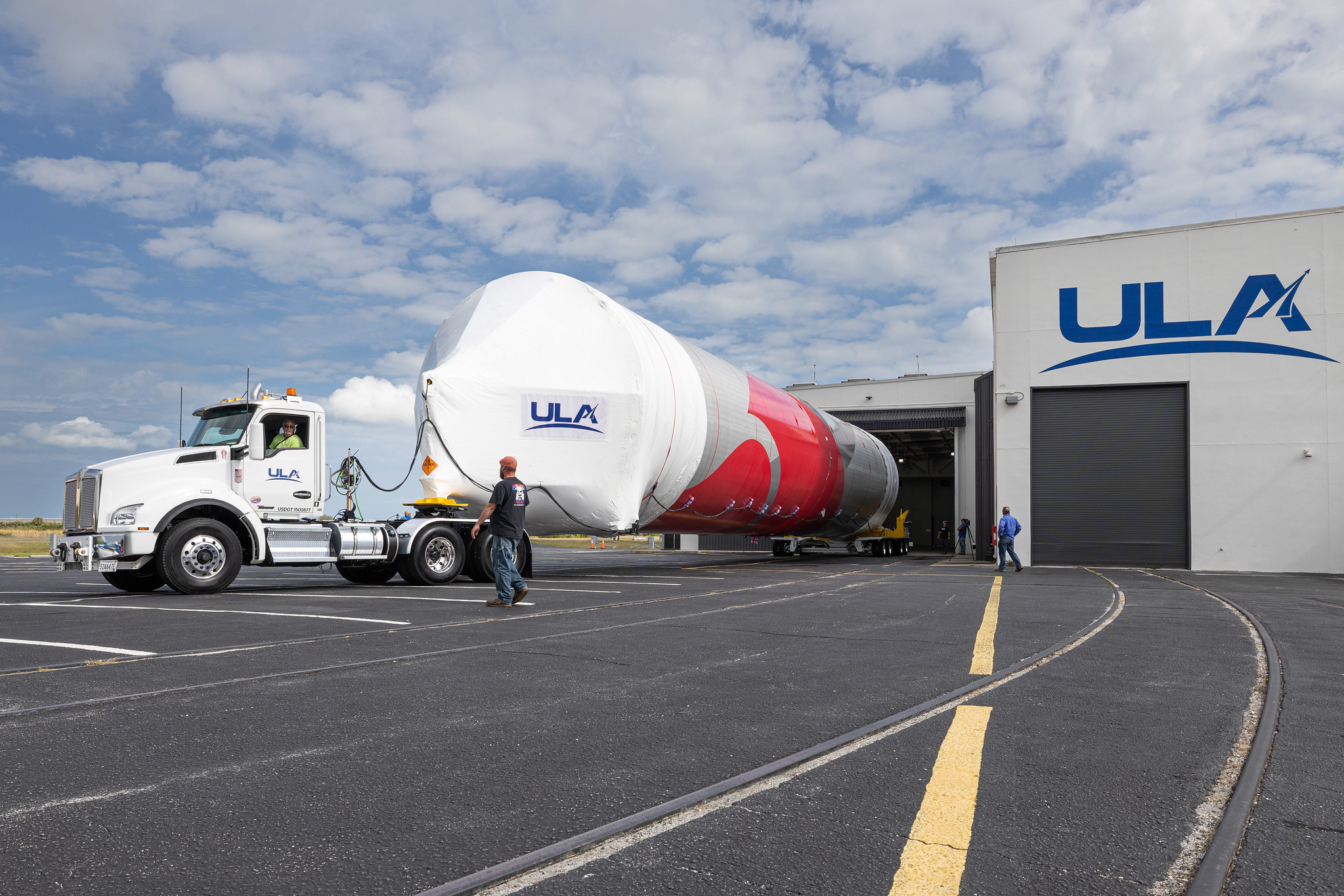 All elements of the first United Launch Alliance (ULA) Vulcan Centaur rocket have arrived at Cape Canaveral to begin processing towards the inaugural test flight of ULA’s next generation rocket.

Hardware was transported from ULA's production factory in Decatur, Alabama, to the Florida launch site aboard the latest voyage of the R/S RocketShip. The vessel docked at Port Canaveral on Jan. 21 and was unloaded on Jan. 22. 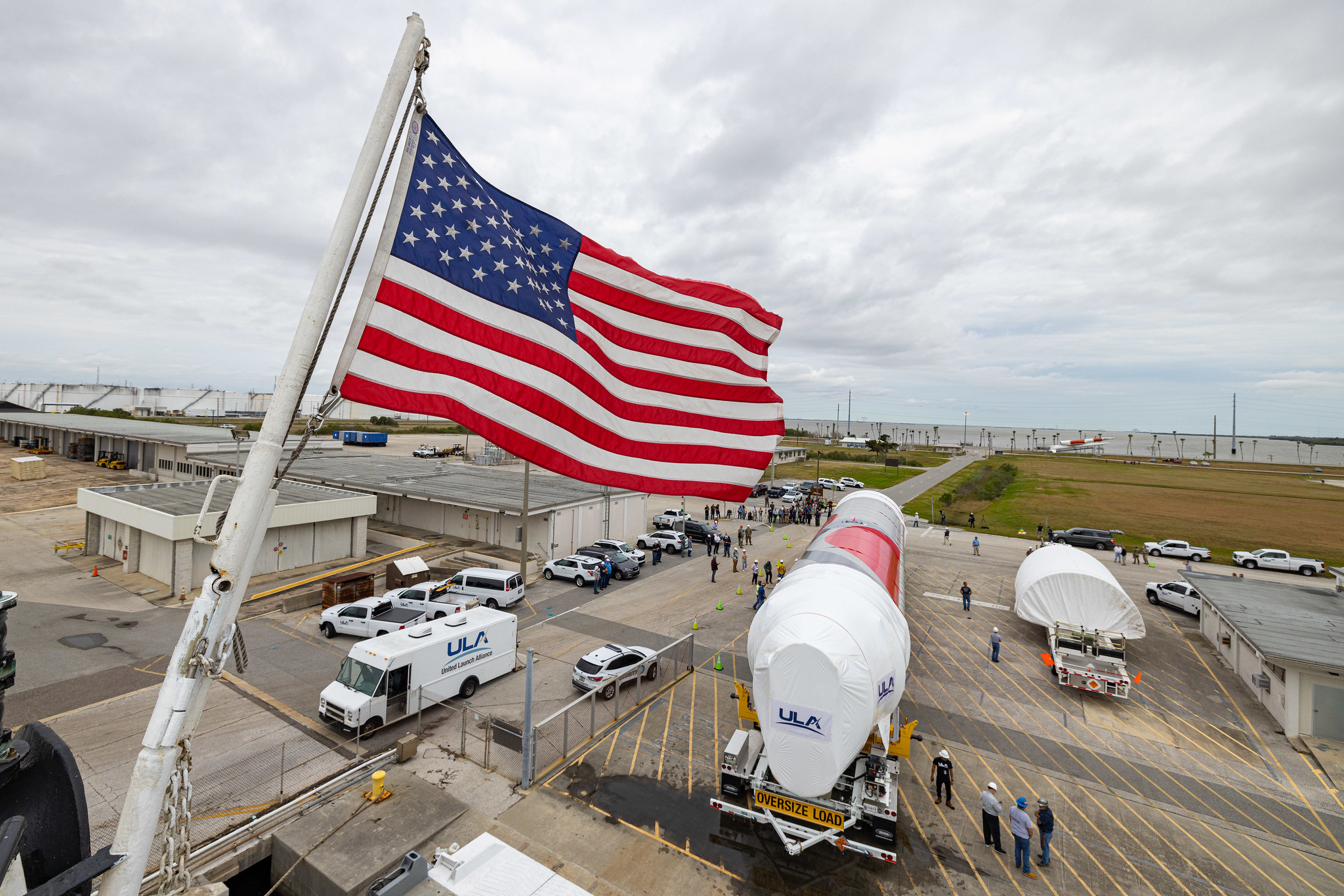 The first flight items shipped include the Vulcan booster first stage interstage adapter and Centaur V upper stage. The hardware was transferred from RocketShip to ULA facilities at Cape Canaveral for post-arrival inspections and the start of launch preparations.

The booster measures 109.2 feet (33.3 meters) in length and 17.7 feet (5.4 meters) in diameter. Made of internal orthogrid aluminum construction to create a structurally stable stage, it is equipped with two BE-4 main engines, each producing approximately 550,000 pounds (2.45 mega-Newtons) of thrust to lift Vulcan out of the atmosphere on the way to orbit. 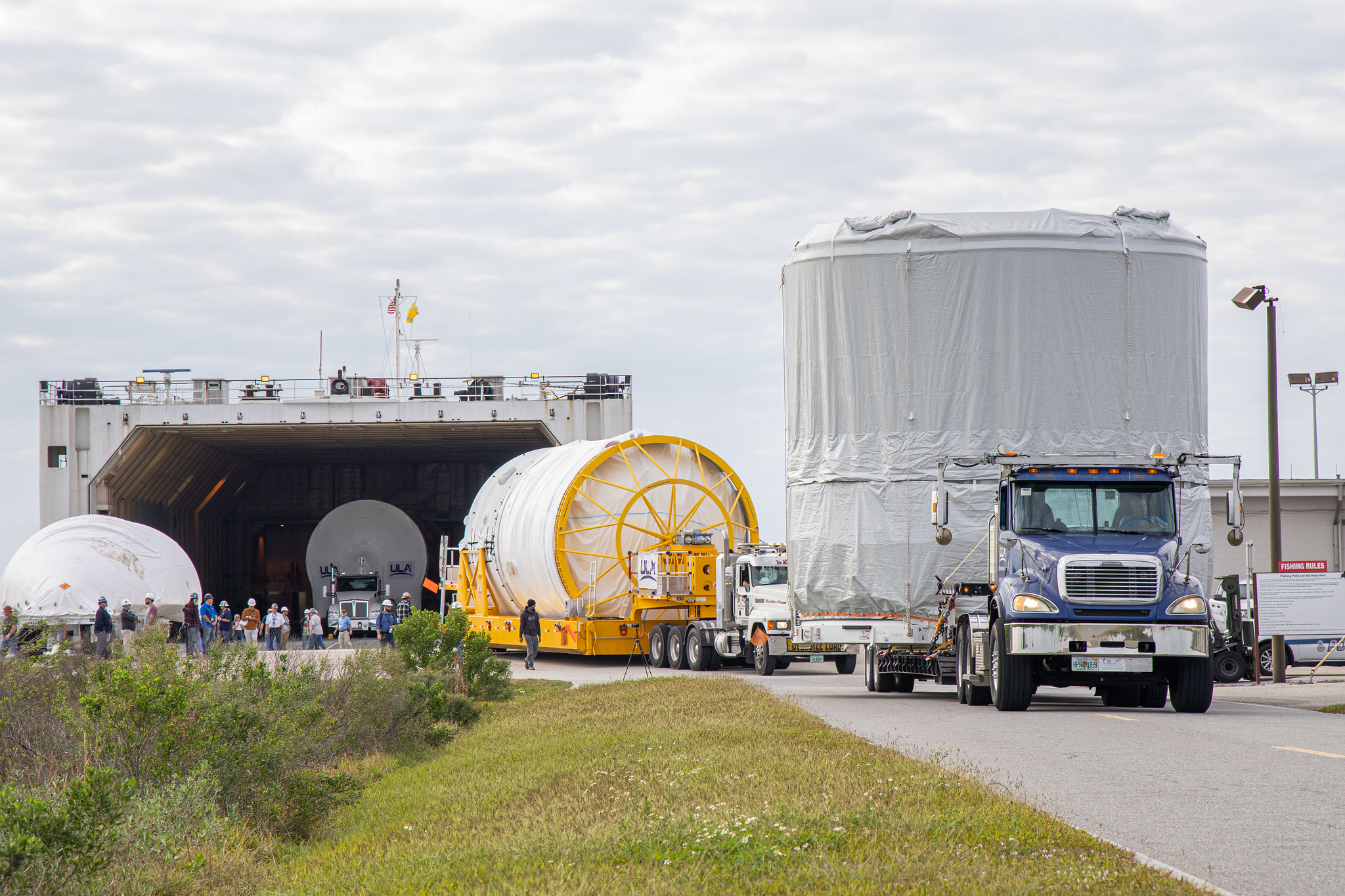 The Certification-1 launch will deliver two Project Kuiper demonstration satellites into low Earth orbit, place the Astrobotic Peregrine commercial lunar lander in a highly elliptical orbit more than 225,000 miles (360,000 km) above Earth to intercept the Moon, and carry a Celestis Memorial Spaceflight Payload beyond the Earth-Moon system to orbit the Sun forever.